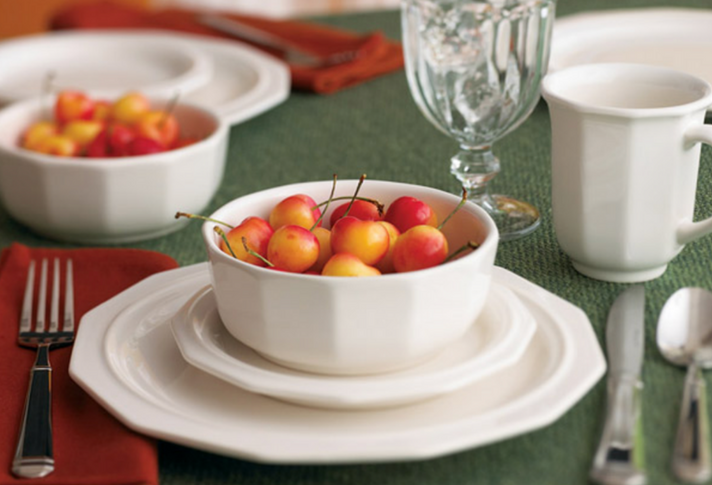 200 Years of Tradition and Trends

Over the past two centuries, much has changed in how food is prepared and served in America, but what hasn’t changed is how Pfaltzgraff continues to meet the needs of busy families. With a best-selling dinnerware line named Heritage, you wouldn’t expect anything less.

In 1833, potter Johann George Pfaltzgraff and his wife left their home in Germany to seek economic opportunity in America. They joined a relative in York County, Pennsylvania who had started a small pottery business in 1811. A keen entrepreneur, Johann invigorated this pottery operation. He observed how local farmers used utilitarian stoneware such as animal feeders, as well as jugs and crocks for preserving, storing and serving food such as spirits, milk and butter, or pickles. He learned how to work local clays to make pitchers, plate and mugs for domestic use. Blessed with abundant clay deposits and thick hardwood forests that provided fuel, the Pennsylvania Dutch region, along with neighboring New Jersey, New York and Maryland, were home to hundreds of potteries. In the mid-1800s, Pfaltzgraff pottery products reached “as far as you can get with a horse and a wagon and then get back home the same day.” As transportation networks evolved, the company expanded its distribution. Johann, his sons and heirs grew a company that flourished for five generations because of its skill in anticipating consumer needs and adapting to technological changes. 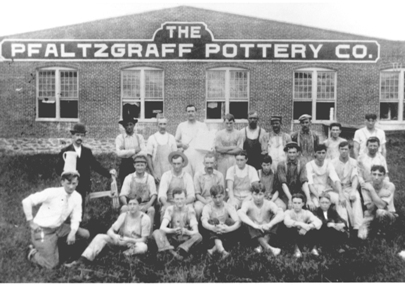 During difficult times the Pfaltzgraff Company turned to design to innovate new products. In the 1930s Depression, the company created art wares such as colorful vases and planters. In the 1940s and 50s, Pfaltzgraff originated the Gourmet bakeware line for cooks interested in French cuisine. This line also forecast the company’s future directions as it expanded from single items to coordinated dinnerware and accessories. The introduction of popular cartoon character mugs and cookie jars freshened merchandising.

In the 1950s, responding to increased competition from European and Japanese pottery makers, Pfaltzgraff entered the dinnerware business and commissioned noted freelance designers to develop new products. It mounted a new marketing and sales effort targeting department store and giftware retail channels, propelled by the 1963 introduction of the Heritage dinnerware line. The company formed an internal design staff which created the Yorktowne dinnerware line in 1967. And the rest, as they say, is history.
Learn more about the company’s story by viewing its well-illustrated website http://www.pfaltzgraff.com/about-dinnerware/ABOUT_US,default,pg.html

Licensing agreements with manufacturers of products such as table linens, flatware and other accessories broadened the offerings, and captured the imaginations and devotion of generations of homemakers and collectors. The mix-and-match appeal of the coordinated sets, varied serving pieces, and on-trend patterns such as Naturewood, Napoli and Pistolet helped define the tastes of their eras and became some of the best-loved dinnerware designs in America.

In the 21st century Pfaltzgraff faced the challenges of a global economy. The U.S. had lost most of its ceramics producers to Asian manufacturers and retail pressures reduced department store dinnerware departments. In 2005 Pfaltzgraff joined the family of Lifetime Brands, Inc., North America’s leading resource for nationally branded kitchenware, tabletop and home décor products. Capitalizing on synergies of the company’s flatware, linens and other products, Pfaltzgraff continues as a solid brand relevant for new generations with patterns in melamine and assortments in various price points.

Despite our busy eat-on-the-go lives, we still look forward to sharing a meal with family and friends. Pfaltzgraff dinnerware and serving pieces continue to bring comfort and beauty to the table. To honor Pfaltzgraff’s 200th anniversary, Lifetime Brands has introduced collector pieces and brought back classic patterns.

Learn more about the company’s latest products for any taste or occasion at www.pfaltzgraff.com 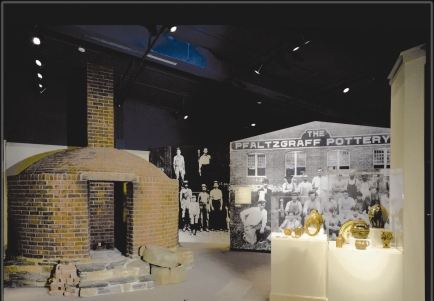 And if your vacation travels take you to Pennsylvania Dutch country, visit the York County Heritage Trust Historical Society Museum and the Agricultural and Industrial Museum to learn more about The Pfaltzgraff Company, its 200 years of products, and its importance to the region’s economy.