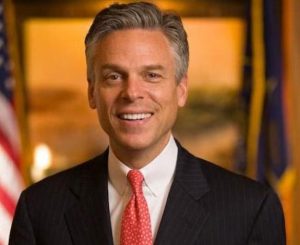 Jon Huntsman Jr., former ambassador to China, governor of Utah and recent presidential candidate, will be the featured speaker during the annual Industry Breakfast at the 2012 International Home + Housewares Show. The breakfast begins at 7:15 a.m. Tuesday, March 13 in the South Building, Level 1, Room S100/Grand Ballroom.

Huntsman served as ambassador to China from 2009 thru April 2011 when he stepped down to run for the 2012 Republican nomination for president. Prior to serving as ambassador to China, Huntsman was twice elected as governor of Utah, including in 2008 with a record percent of the vote, including the majority in all 29 counties. As governor, Huntsman governed with his eye toward maintaining Utah’s quality of life, continually increasing the state’s economic competitiveness and maximizing funding to Utah’s public education system.

Huntsman’s breadth of experience in Asia was developed over a lifetime of interest and involvement. He previously lived in Asia four times and speaks fluent Mandarin Chinese.

In addition to Huntsman’s presentation, International Housewares Association Chairman Richard Boynton, Jr., president/CEO of Jura Capresso, Inc., will briefly outline the Association’s accomplishments in the past year and its objectives for the future. Tickets for the Industry Breakfast are $20 per person or $250 for a table of 10 with priority seating. Tickets can be purchased at http://www.housewares.org/show/info/breakfast.aspx or during the Show at the Show Store, Grand Concourse, Level 2.5.