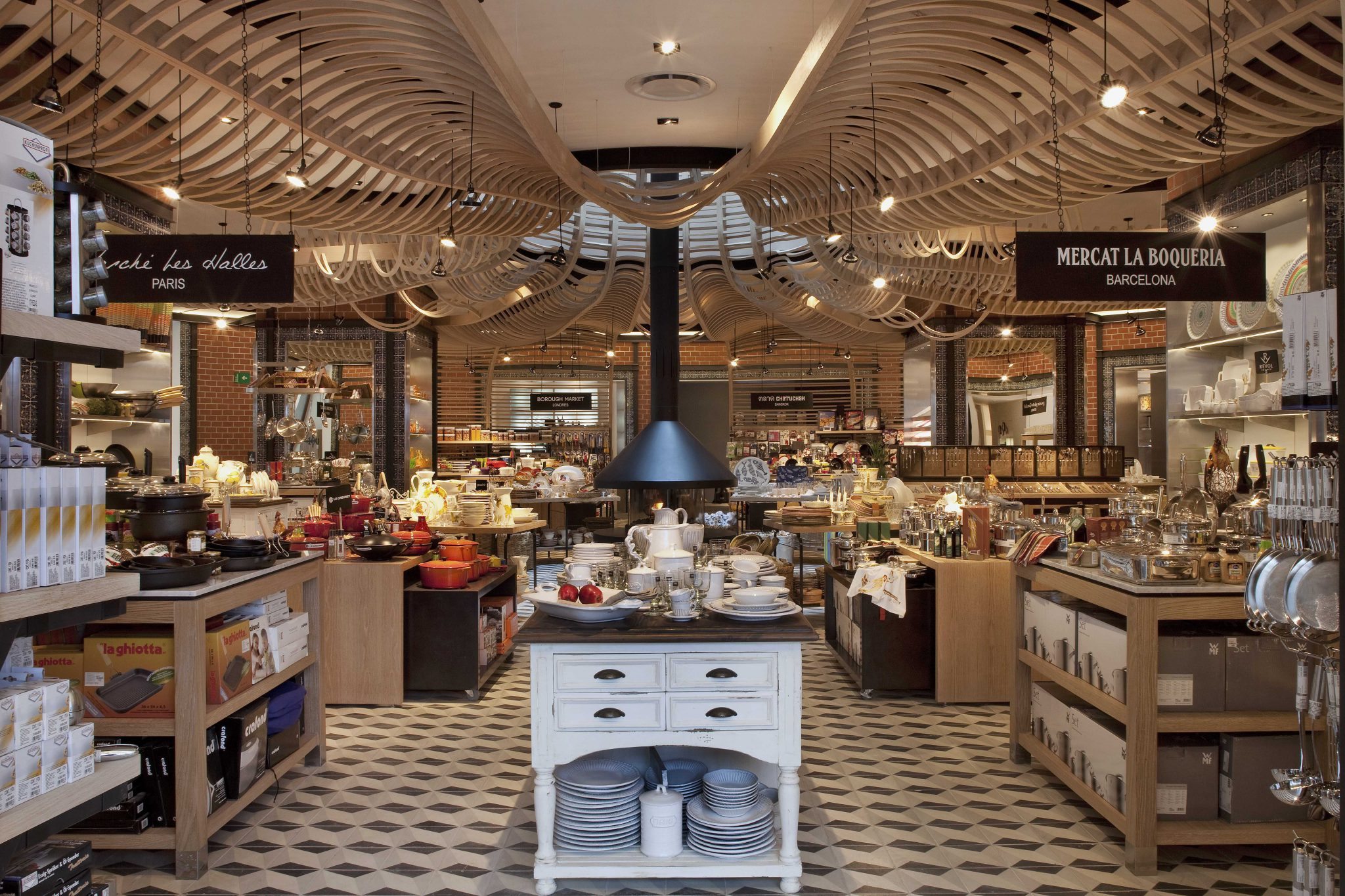 Casa Palacio Santa Fe has a seriously impressive lineage, to its seriously great sense of style. The store’s parent company, department store El Palacio de Hierro, opened its doors in 1888 and has expanded to now operate 13 stores. Casa Palacio is the high-end spin-off store, stocking everything from furniture to designer objects, linen, tableware and fashion. They also offer all services related to interior design, bringing seamlessly together the store’s many products and offerings. The one thread that runs through every single thing on offer at Casa Palacio is a sense of palatial living – everything is for a life lived beautifully. 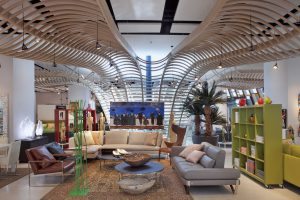 Opening in 2006, Casa Palacio Antara was the benchmark for the Casa Palacio brand, being the first interior design concept store within the company. Offering more than just products, the store was set up to inspire, innovate and offer all sorts of services linked to interior design. It won the gia Global Innovation Award at the International Home + Housewares Show in 2008.

In May 2013, the Mexican powerhouse of style took another leap up the ladder and opened a store in Sante Fe that has to be seen to be believed. Spread over almost 8,000 square meters and costing over $10 million to build, Casa Palacio Santa Fe has a myriad of areas dedicated to products, furniture, linen and fashion, but also has a concierge, design studio, VIP room, spa and bath, and a host of other design-driven niches. It is a world of its own, stocking most of the brands that were already present in the Antara store and introducing new exclusive names such as Versace Home, RLH, Kenzo Maison, Moooi, R. Cavalli Home, Robbe Berking, Atlantis and even gourmet lablels like Mariage Freres, Hediard and Fortnum & Mason. There are over 160 staff members, including 22 interior designers, and also features 5,700 lights and 420 pieces of furniture.

Along with a perfectly executed and highly innovative approach to store fixtures, and perfectly executed, highly imaginative ideas make Casa Palacio Santa Fe stand out as a destination store that is like an interactive gallery. For example, the entrance to the cooking section of the store is styled as a market place, stocking luxury kitchenware, tableware and gourmet foods. A fireplace is at its heart, and a massive curved wooden structure arches gracefully over the entire area like the roots of a gigantic tree, stretching up to the second floor. It’s a statement about both great design and sustainability. There are other elements,  such as model-sized wind turbines, are dotted throughout the store to as well, to remind visitors about preserving energy and adopting a more sustainable life, such as model-sized wind turbines. 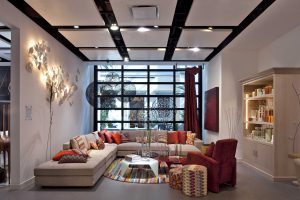 Another awe-inspiring display is an actual street, complete with a fountain, and elaborate facades of different styles of Mexican houses, along with antique and flower shops. It’s another reminder that there is something for every taste and lifestyle in Casa Palacio, and it’s also another part of a visual journey through the store’s world.

Rodríguez is one of the main drivers behind the model of the store, and he always has a sharp eye on every aspect. He has a simple philosophy, “Always look for the unexpected. Make it your own and have fun doing it,” he says. “Enjoy the ride. There are always things to learn and room for improvement. Finding and doing things differently allows for the possibility of making them better. The one thing that remains the same is change.”

This business and life approach is evident everywhere you go in Casa Palacio. There is a sense of magic in the store because everything is interesting and different. “Don’t be afraid of being different, but always be interesting,” says Rodríguez. 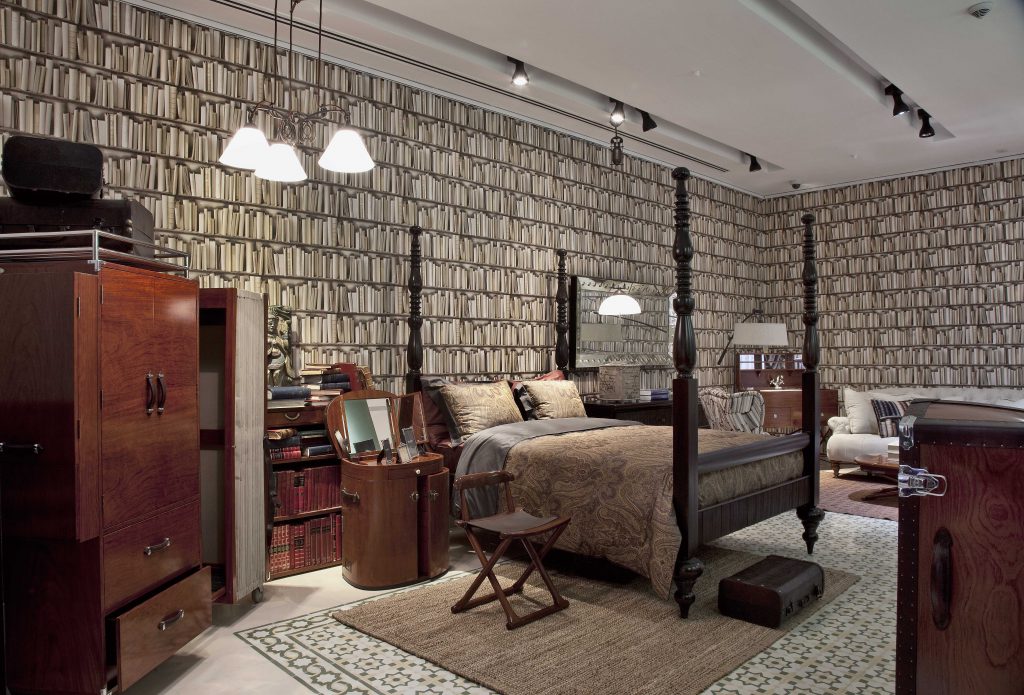 Casa Palacio strives to stay ahead of the pack, and staff continually brainstorms going on somewhere, about new additions or how things can be improved. Inspiration is in the air, and there is always a new benchmark to be set. As Rodríguez says, “When the followers catch up with you, you should be ready and prepared to move on, to be in a new place.”

Window displays are taken very seriously in the store, as the company understands that the displays are the only opportunity to show customers something else is to be expected. “Do whatever you have to do to keep it fresh and alive,” advises Rodríguez, “But the story you are telling has to be clear. Visuals are only needed or to be used to round up an idea, not to explain it.”

Early in 2014, the Antara store will be refurbished to bring it up to the Santa Fe standard, and a third store in the south of Mexico City is also on the horizon. “We are also looking for other locations outside Mexico City,” explains Rodríguez. “We will continually make room to add new ideas and product categories.”

Keeping ahead of the competition is an ongoing mission for any true innovator, and travel is often crucial to collect new ideas. The Casa Palacio team is a big fan of trade shows such as the International Home + Housewares Show in Chicago, and often travel worldwide to gather fresh ideas.

“When travelling, and at the shows we visit, we find inspiration,” Rodríguez says. “We get to see first-hand where things are headed, and what is new. When attending the shows, we look first and try to read what each show is telling us. We always have a plan and a wish list that we need to fulfill, but we are also always open to the unexpected.”

And the unexpected is precisely what will keep customers coming back to Casa Palacio again and again – there will always be a new surprise in the palace.