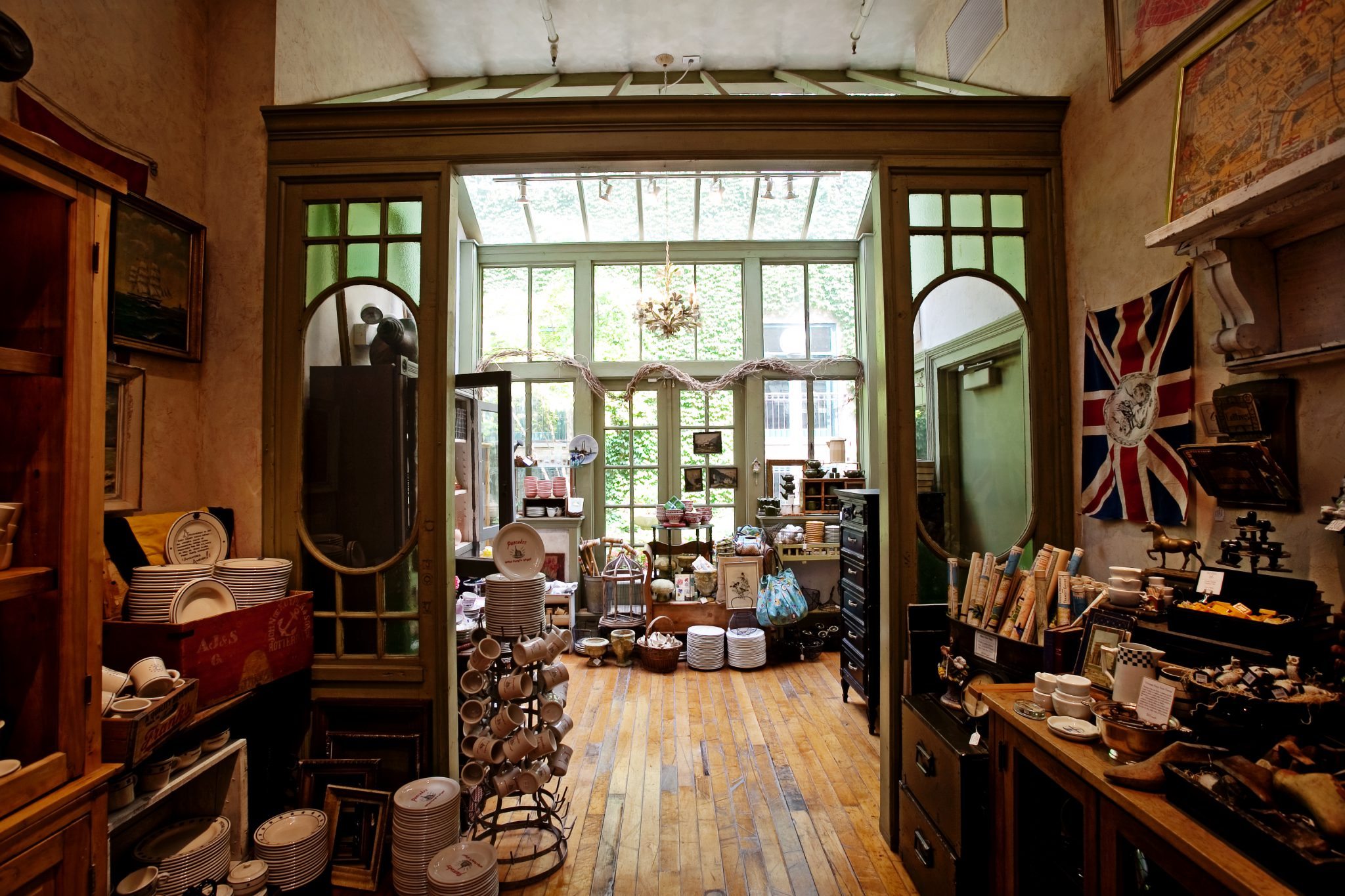 Is it an antique shop? No, it isn’t. Is it a tabletop shop? No, it’s not really that either. Is it a gift shop? Perish the thought (even though you’ll find a thousand and more gift ideas here). So what is P.O.S.H.? 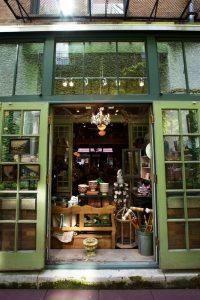 P.O.S.H. is a remarkable retail store that was born from a marriage of wanderlust and an idea that the shopping experience could be something different than it typically was in 1997, when the store was founded.

“When we opened, the mix of both vintage and new items in the same shop was simply not being done,” explains owner and founder Karl Sorensen. “And it was that mixture that made P.O.S.H. stand apart from other home and housewares stores. The common desire to categorize everything and put things in neat, familiar boxes made it difficult for some people to get their heads around at first, but for most people, P.O.S.H. was a breath of fresh air.”

Since P.O.S.H. opened its doors, there have been other stores that have adopted a similar concept and taken on its unusual approach to retail, but Sorensen just sees this as a form of flattery and continually strives to maintain his store’s many points of difference. “It’s all about attention-to-detail – an aesthetic formed by years of living in Europe, and the small, accessible pieces that are culled from the European markets,” Sorensen says. “Most shops in the U.S. haul back furniture and big, expensive stuff, not relatively inexpensive small things.”

And of course, the most important ingredient that has P.O.S.H. flourishing in a field of its own is the passion that Sorensen always has to make the shop a fresh, interesting, romantic experience for people. “P.O.S.H. transports people to another place and time and is an escape from the busy streets of downtown Chicago and the harried pace of our 21st century lives,” he says.

Although having a somewhat old-fashioned approach to retail, Sorensen is very aware that social media is practically a necessity these days. “We have a Facebook page – it’s pretty much de rigueur, but for me, Facebook and business seems like a forced combination,” he says. “I suppose FB is all about self-promotion on some level (look at my handsome friends and my fascinating, fabulous life!), but when businesses do it, it seems more insincere to me. That doesn’t suit us, because part of the P.O.S.H. approach to the world around it is sincerity.” 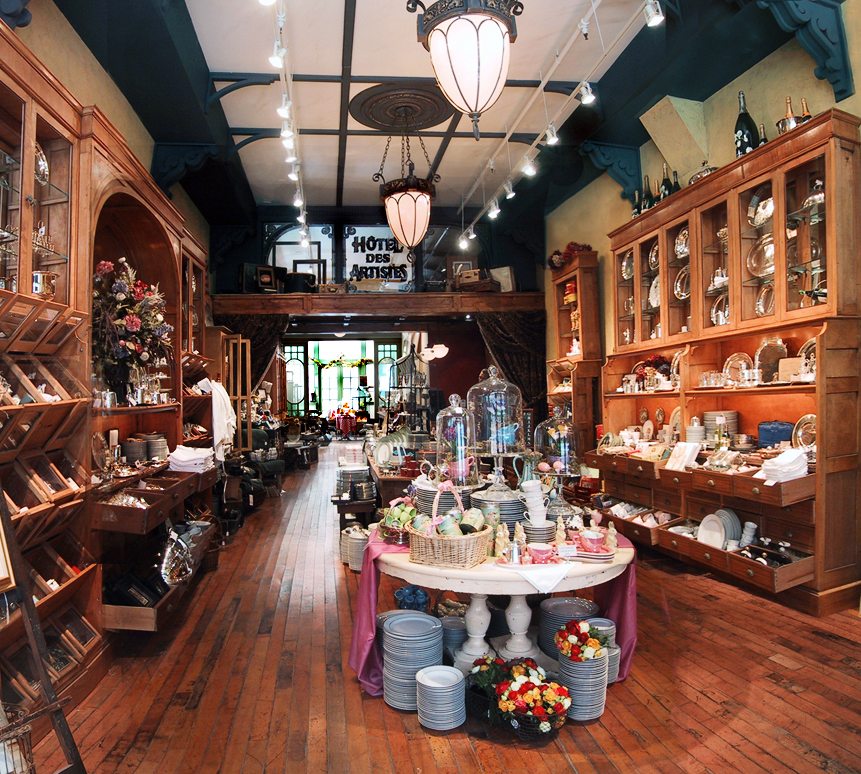 Sorensen goes on to explain that the social media outlet/trend that has worked for P.O.S.H. is Pinterest, and it does make sense for this company. “It’s an easy way for people to share things they like with each other and it takes the work off our plate,” says Sorensen. “Also, since the sharing is coming from someone not connected with P.O.S.H., to me it seems more sincere and not so self-promotional.”

Another more traditional drawcard that this store utilizes is music.  “Music can have a powerful effect on people, and the P.O.S.H. ‘soundtrack’ is something that transports and inspires customers,” Sorensen says. “Much like our merchandise mix, our music spans a broad range that somehow has a common thread. Generally, P.O.S.H. music is a combination of classic American standards sung by the torchbearers of the American Song Book, as well as some jazz, café music from France and chansons by some of the beloved French singers. In the main, the music is from the 1920s through the 1950s, but of course some of the music is newer, yet with an old spirit.” 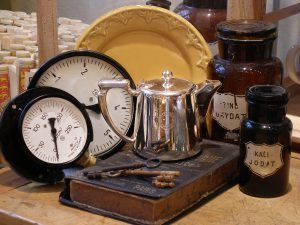 Sorensen laughs, as he says with pride: “There have been times when customers have become so swept up in the music that they began dancing in the shop!”

He goes on to reminisce about some of the incredible finds that have made their way on to the shop floor, such as beautiful china and the silver once used in the oldest social club in Chicago. “As long as we keep taking the path less-traveled, we will keep finding the products that prompt our customers to ask: “Where do you find all this stuff!””

The path less-travelled is one that has proven itself to be incredibly rewarding for Sorensen, and he has no hesitation when it comes to offering his advice on setting up and surviving in a rapidly changing retail world.

“The most important bit of advice to anyone with aspirations of starting out in retail is the importance of ‘The Idea.’ You have to have an idea or a concept that is completely unique, that will somehow captivate peoples’ imaginations and that can’t be duplicated by a national chain retailer,” he says.

“The chain retailers will always be able to do it cheaper than the independent, single-location shop, but the little shop with a big dream has the ability to create something that feels fresher and more heart-felt than anything devised by a corporation.”

Sorensen also knows that it’s his passion for P.O.S.H. that gets him through the long hours, the struggles resulting from an often-uncertain economy and the challenge of always offering his customers something new. “If people want the predictable, they will go to the national retail chain, if they are looking for something with personality and charm, they will hopefully go to the independent shops in their city (or even online) and ensure that those unique outlets not only survive, but flourish.”