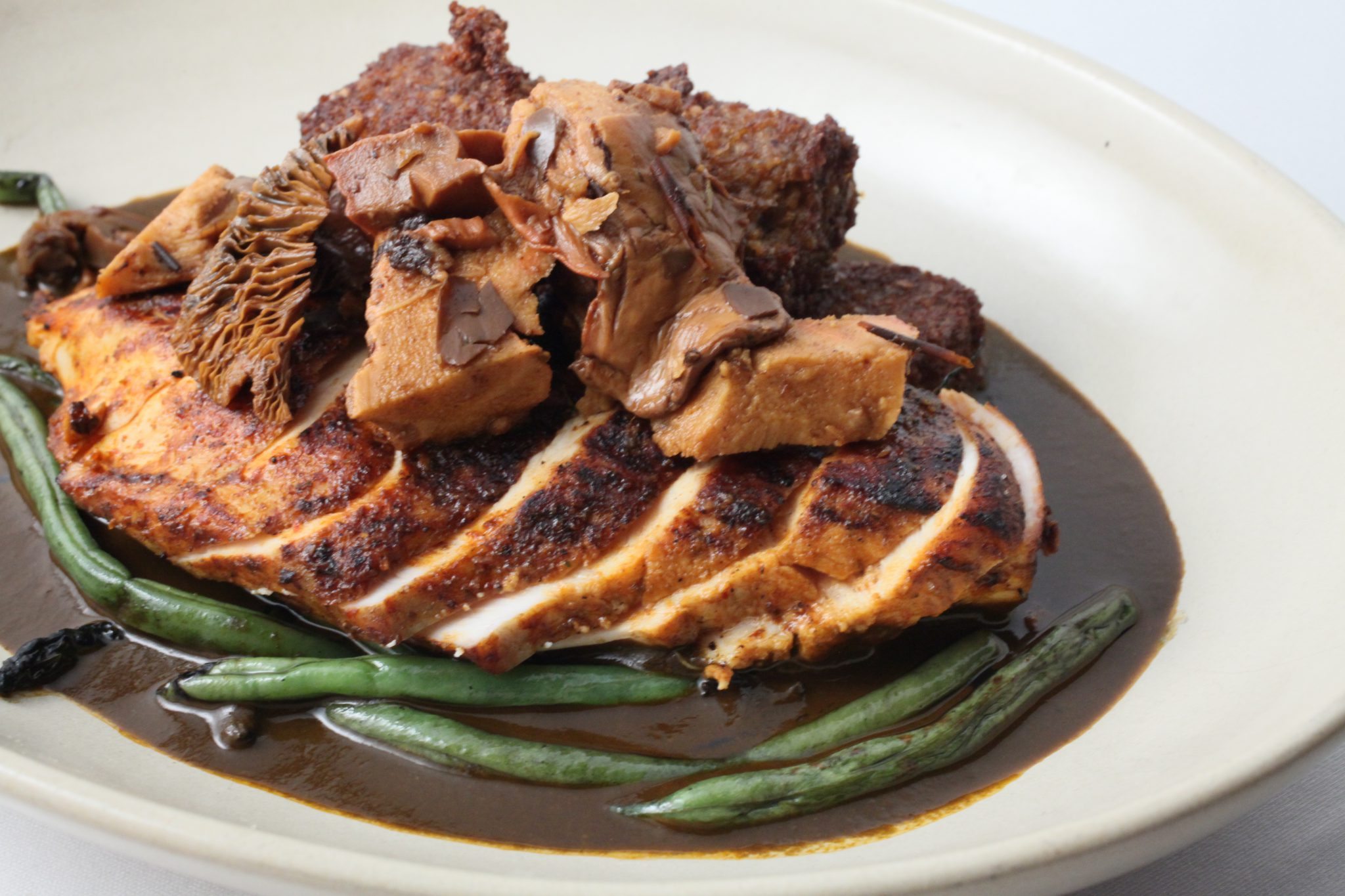 To most Americans, especially if they have a penchant for Mexican food, Rick Bayless needs no introduction. Most people know Bayless from winning the title of Bravo’s Top Chef Master with his authentic Mexican cuisine offerings when he was up against French and Italian master chefs. He also has a hugely popular TV series called Mexico: One Plate at a Time, and is the author of seven cookbooks, with more on the way. His award-winning Chicago restaurants, both founded in 1987, Frontera Grill and the 4-star Topolobampo, are American institutions. His Frontera line of salsas, grilling sauces and organic chips can be found throughout America.

“I like to cook authentic food,” is the Bayless catch-cry. “I like anything that speaks of a place.” 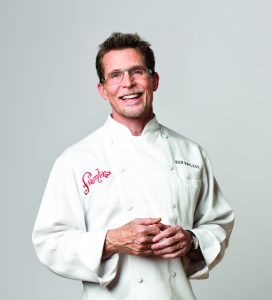 But how has Rick Bayless, in a world saturated by celebrity chefs, remained at the forefront of his game? “Longevity in this industry is all about having a sustained passion for what you do,” he says. “So it’s simple really – I just love what I do. I am constantly on the go, exploring new things, finding new inspiration at markets or on the streets. Most people who know me will say that I get so excited about so many things around me, and being able to share those things that I discover and learn, it is the best thing ever. And of course being in the public eye, you can share a lot more with a wider range of people.”

Bayless finds the celebrity chef phenomenon fascinating, but he’s never been, nor will be, one to pursue fame over what he loves doing the most – cooking. “It’s really very interesting,” he says. “A crowd is used to being entertained – after all, that’s why they are there. And for me, entertaining a crowd has never been a problem because I am so enthusiastic about what I do.

“I got into this industry because I love it, and what I do, not because I wanted to be something else,” he says. “When I started out, there were no rock star chefs or media celebrities in the cooking world. But I’ve always taught cooking classes, so it was natural progression for me to move into a more public space and then on to TV. People gravitate towards the enthusiasm I have for what I do, and I love telling stories and sharing experiences with people. These days, I have to think a lot more about the entertainment factor – you have to, because now people are more accustomed to being entertained when it comes to cooking classes and demonstrations.” 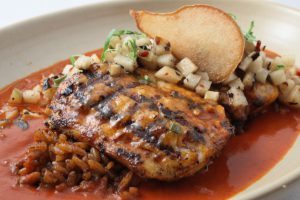 Rick Bayless also notes that there has been a big shift in today’s world of cooking, in that the general public does more research and has more access to information about ingredients, food, cooking and even technology that was once just the domain of chefs.

“Audiences today are more knowledgeable about food, but I find, not so knowledgeable about how you make something,” he says. “They can talk about all the crazy ingredients, but then when it gets down to it and they have to make a mayonnaise, that basic stuff, they often have a lower level of understanding. That’s why my book, Mexican Every Day, became so popular.”

Every year, Rick Bayless takes all of his management staff, around 20 of them, to Mexico to learn at the root level about his love of Mexican food and culture, and to find fresh inspiration. “It’s not a relaxing trip,” he laughs. “We pack so much in – looking for new ingredients and new techniques. It’s very important for me to know that they are aware of where the food comes from. Because really, that means less on my shoulders – they can then spread the word as well. It’s a lot of fun, very inspiring, and a lot of hard work.”

Bayless loves to support the industry of which he is a part, and so in 2003, the Frontera Farmers Foundation (FFF) was established. “We have given away US$1.3 million in small grants to small family farms, and it’s making a huge difference to them,” he says with pride. “And we are seeing the results of our investment. They basically receive up to $12,000, but there is no interest on that. Talk to any farmer, and with all of their expenses, they will tell you it can take five years or more to raise that kind of money. So it’s very rewarding to see a farming family take advantage of the grant. Every year we give away 20 grants, around $12,000 each – so we’re touching many people and they are producing more food, and its all going back into the industry that supports us.” 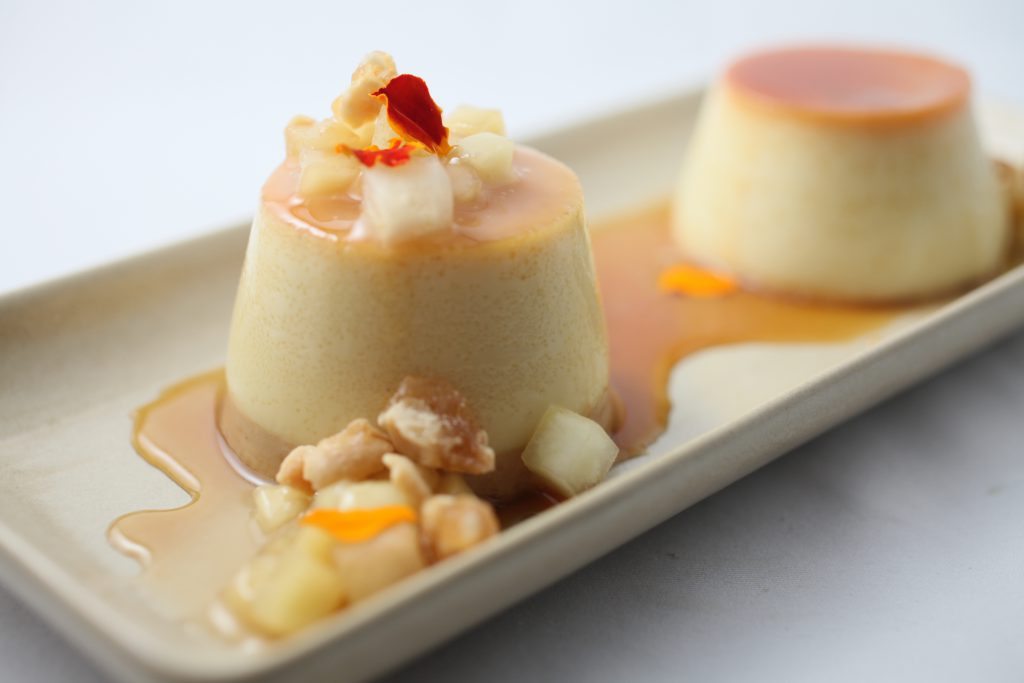 As Bayless says on the FFF website, “Great food, like all art, enhances and reflects a community’s vitality, growth and solidarity … history bears witness that great cuisines spring only from healthy local agriculture.”
Rick Bayless and his staff then went on to set up the Frontera Scholarship – a full-tuition scholarship in culinary arts that sends a Mexican-American Chicago Public School student to a renowned culinary college. “When we started that foundation, it was incredible to see how it changed peoples lives. And all we had to do is give $1 from every bottle of wine in our restaurants to the cause, and that sends a kid to culinary school! It’s really inspiring to know that you can make a difference in someone’s life like that.” 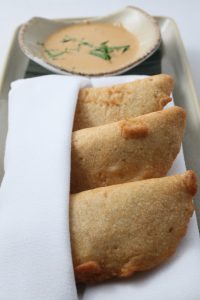 It’s not surprising that in 2007, for these philanthropic endeavors, Rick Bayless was awarded Humanitarian of the Year by the International Association of Culinary Professionals. And he was also the first chef to work with Panna – a widely watched and read online video-cooking magazine that is incredibly popular. “It’s great because you can really learn from the chefs on Panna in a way you can’t learn from a recipe,” Bayless says. “It makes cooking so accessible through the chefs. Video is fantastic like that – now I capture moments wherever we go – I just love it.”
So from where does a chef of Bayless’ caliber get his inspiration? That’s an easy answer for this chef. “A marketplace is my number one inspiration – anywhere in the world, but especially in Mexico,” he says. “The municipal markets are so amazing. My wife always laughs at me. I walk into a food market and my breath gets shorter, and she can see that my heart is racing. A great market is the inspiration for everything I do. The incredible food, everywhere.”

One thing is for sure – Rick Bayless loves Mexico and Mexico loves Bayless. The Government of Mexico recently bestowed the Mexican Order of the Aztec Eagle on him, and it is the highest decoration bestowed on foreigners whose work has benefitted Mexico and its people. His family and friends are undoubtedly so proud of what this chef and restaurateur has achieved, not just for himself but for people he doesn’t even know. But what makes him so special when you meet him in person, is the joy that emanates as he talks about what he does and what he will do in the future. He is a true inspiration!