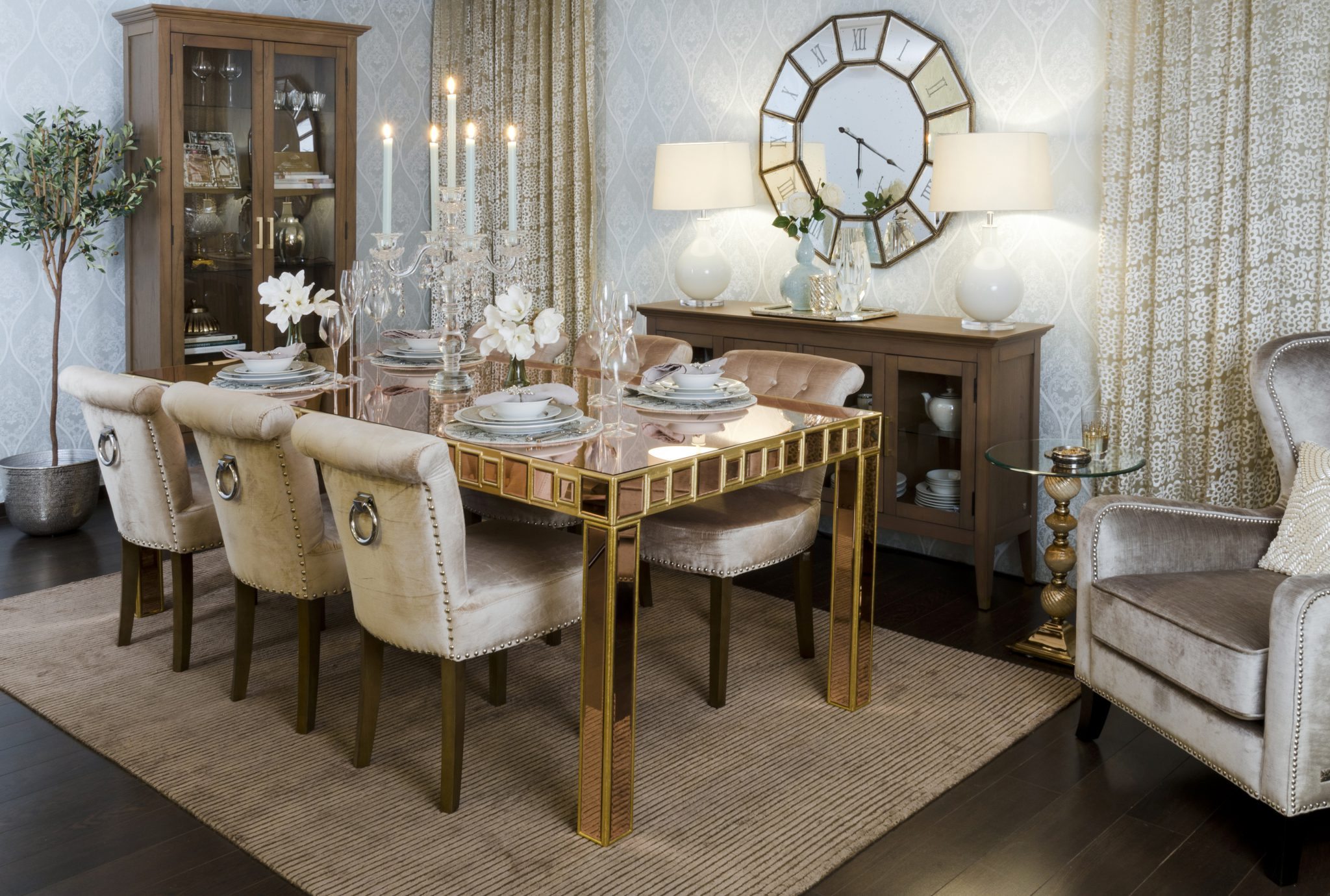 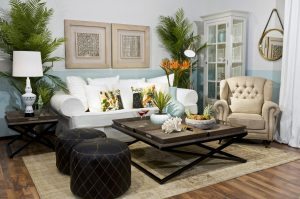 Meet a ‘Creative Emotional Originator’ (CEO), Thomas Lundgren, who not only aims to improve people’s lives through affordable home fashion, but also passionately strives to make the world a better place.

Thomas Lundgren is the founder and CEO of THE One (Total Home Experience) — a fashion-focused homewares chain in the Middle East with 21 stores across eight countries that employ over 730 people. The company earns well over $100 million a year and since it opened in 1996 in Dubai, it has gone from strength to strength, gathering millions of fans along the way. For the last five years, THE One has consistently been voted as one of the best places to work in Asia, and in 2015, it was voted as the Number 1 place to work in the Middle East. As any savvy businessperson knows, a company’s culture filters down from the top, and in the case of THE One, the fact that it is such a great, rewarding company to work for, has everything to do with its passionate creator.

In his own words, Thomas Lundgren is an “obsessive-compulsive, frustrated idealist in search of his own happiness.” To those who meet him, he’s also incredibly inspiring. Lundgren believes that the world doesn’t need another retail chain, but that IKEA and other big corporate retailers need some worthy competition to show people an attractive homewares alternative. Lundgren has quite obviously done that, as his chain is a massive success in terms of employee happiness and revenue.

So yes, this story is about sales and workplace relations, but it’s also about something more. It’s about passion and creativity, dreams, goals, people, and the harshness of reality. It’s about a man who wants to help the world and the people in it who may have otherwise been powerless to change their direction. It’s a story about homewares that make a difference. 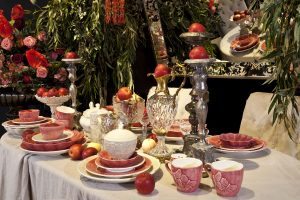 “Surviving the first few years after setting up THE One — which were pretty rocky — was tough,” says Lundgren. “We had fires, floods, cash flow problems, location problems, stock problems, people problems, heart problems, bank problems, supplier problems. You name it, and we’d been through it. But as they say, what doesn’t kill you makes you stronger, and it all helped prepare us for our second challenge: surviving the financial crisis, from which we actually emerged leaner and keener.”

From the beginning, Thomas Lundgren surrounded himself with people who would live and breathe his brand. He also knew that to keep them, they had to not only love their jobs, but the company and the experiences and learning it offered them. Lundgren also recognized the importance of word of mouth from the beginning, and knew that as soon as others heard about THE One being a great place to work, the right people would gravitate towards it.

“We all want to work for a company that has the right fundamentals, the right culture and most importantly, the right people principles,” he explains. “THE One has a solid, well developed and ingrained people culture. So instead of having to source talent, the right people are knocking on our doors. Not only does this help elevate the standard of our business, but it also challenges those that are on board to outperform in a team environment that creates competitive spirit, inspiration and the passion to do well. Brands are not created, they are made by people and our people are the soul of THE One.” 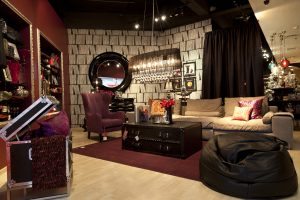 It’s a small, tight-knit team at THE One’s headquarters (aptly called THE Office) and from there they create two seasonal collections every year.

“My strength is to see the future and trends, to be out there with my antennas up, getting new ideas and sketching product concepts day and night,” says Lundgren. Inspiration for the team can be taken from everywhere — movies, TV series, political events, Lundgren’s visits to Harvard Business, and fashion.

“In fashion, there are always different trends from different eras, but as poet and artist Jean Cocteau once said: ‘Fashion… One must forgive it everything; it dies so young.’ Fashion is fickle and fun, and THE One wants to be like that too,” he says. “I move on anything that inspires me in the fashion world so that nobody can copy us at the same time. They will copy us eventually, but later, and by then we would have already moved on.”

The team’s innovation has also led to a string of successful spin-offs, and each new arm of the business has proved to fulfill the needs and desires of another sector in retail. For instance, Thomas Lundgren created THE One Basics to compete with low-end furniture retailers, but with better products and lower prices.

“We design bargain products, working closely with manufacturers to keep costs down, while also searching the globe to find the best deals,” he explains. “Our lean way of working, one example of which is fewer sales people on the shop floor, helps us pass on great savings to our customers, so they can help themselves to the best prices.”

THE One Junior has also recently opened and in some ways, it’s been a personal indulgence for Lundgren. “It has allowed me to go back to my childhood and create a range of super cool, small-scale versions of THE One’s furniture and accessories, proportioned for kids aged three to 16. It’s the kind of stuff I wish I could have had while growing up and our fans seem to love it!” he says.

Lundgren has also opened cafes within his stores, thus bringing food and taste into the mix. “We want our shoppers to sit, relax and socialize. It contributes greatly to the atmosphere of the store and is part of an all-encompassing, total sensory adventure,” he says. 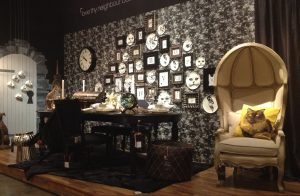 Thomas Lundgren has always felt that THE One has a higher purpose than “merely selling stuff no one really needs” and believes that his business has a social responsibility to improve the world. “Apart from ethical sourcing, our way of making a difference is through hiring challenged individuals, and at present we employ 20 of them, with the aim of growing this to being 3 percent of our entire staff,” he says. THE One also contributes to a number of causes through local volunteering initiatives, including ‘Big Idea: Global education through THE Onederworld’ – which is their Sustainable Village Community Programme, with current school-building projects in India.

“THE Onederworld is very close to my heart and I am very proud of it,” Lundgren says. “I feel that we are truly changing lives by breaking the cycle of poverty through education. That’s why I, along with my wife and daughters, flew to Kenya in August 2008 to personally kick off our first Onederworld project in the Pimbiniet community. We have since built 10 new classrooms there and have launched two new projects in India.”

The future is incredibly bright for THE One and for the many people in the world it supports. While Lundgren does plan to open stores in other parts of the world, he is first focusing on “conquering the Middle East.” And although he dearly loves it, retail and homewares is a means of achieving something far more poignant than a business bigger and better than IKEA.

“My dream is that education is available for every child, because I believe it is the key to ending the cycle of poverty,” he says.

For more information on THE One, visit www.theone.com.