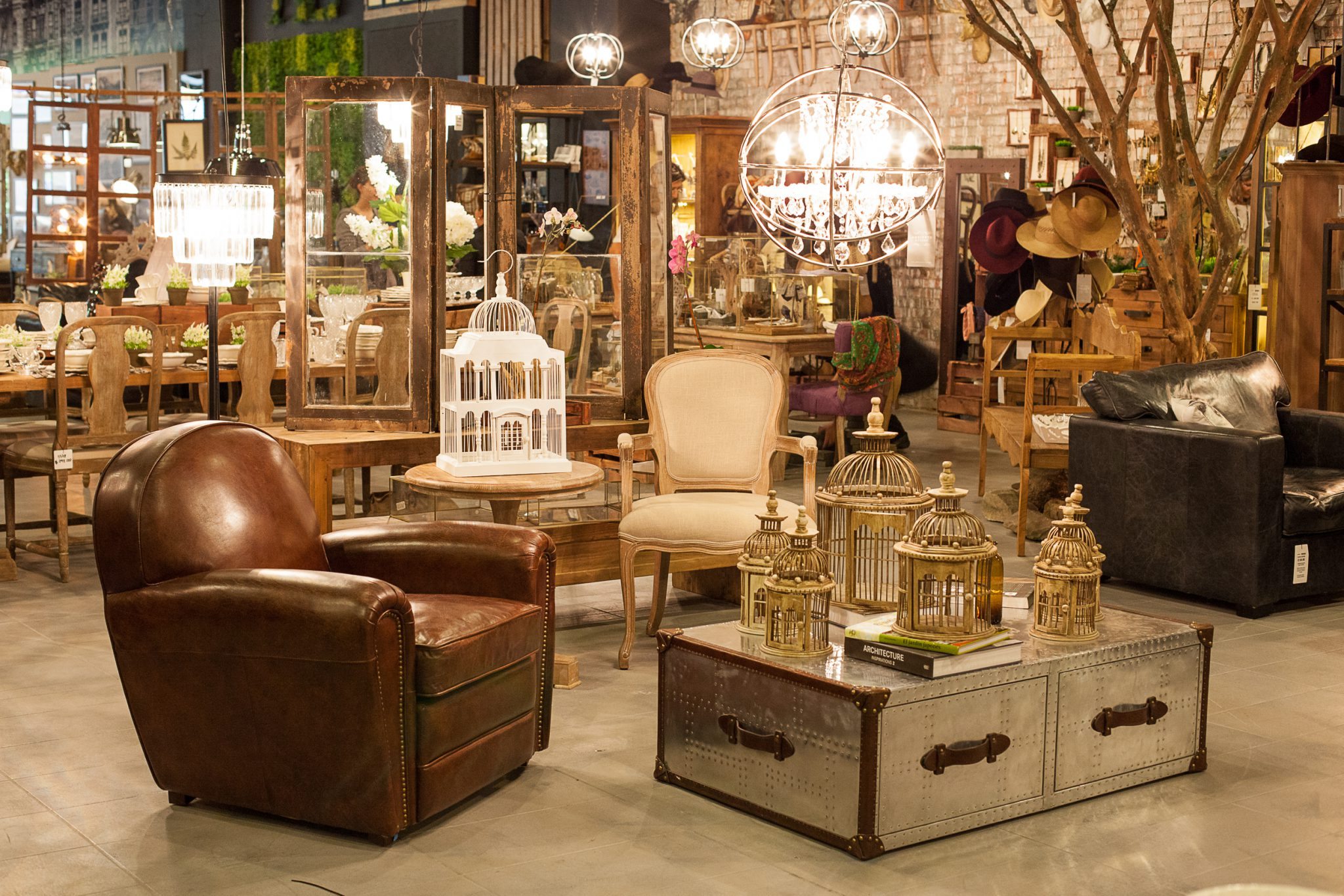 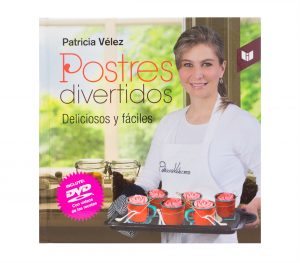 If Patricia Velez embarks on a new venture, her passion is the project’s driving force. Inspiring others has also always been paramount to her, and so her latest incarnation—as the founder and CEO of Ambiente Living —has meant bringing these two facets of her approach to life and work together.

Ambiente Living is a move into a different area of retail for Velez, yet it is entirely in keeping with the sophisticated offerings that have made Ambiente Gourmet such a world-class success story. After all, Ambiente Gourmet has always been about “living” as who doesn’t consider food, wine and everything associated with it as essential parts of a wonderful life? And just as Ambiente Gourmet is all about solidifying the connection between cooking, design and lifestyle, Ambiente Living is about bringing together homewares, décor, furniture and design to package up a stylish lifestyle offering. 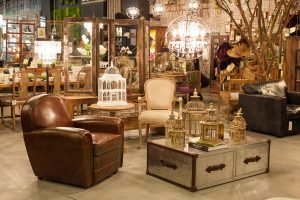 Winning a gia Global Honoree award in 2010 was something that Ambiente Gourmet truly deserved, as it was and still is one of South America’s best offerings of kitchenware, tableware and everything associated with classy entertaining. But the award also cemented the idea in Velez’s mind that her business was good enough to shine on an international stage. 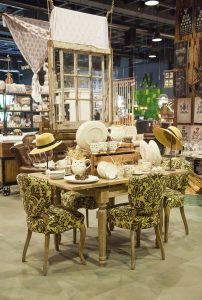 The first Ambiente Living store opened its doors in November 2014 in Medellin, which is the capital of Colombia’s Antioquia province, with the second store opening in Bogota, Colombia’s capital. The stores are not only brimming with exquisite ideas in terms of homewares and lifestyle, but also places made for entertaining and inspiring anyone who steps into the spaces.

The 1000-square-foot Medellin store is in the city’s most upscale shopping center. “We have taken advantage of the mall’s brick structure, with one wall in vintage exposed brick, while the other walls and columns are painted in obsidian black to help set the furniture and products in center stage,” explains Velez. “The look of the store attempts to recreate the elegance of NYC’s SoHo district, while maintaining a cool industrial feel.” 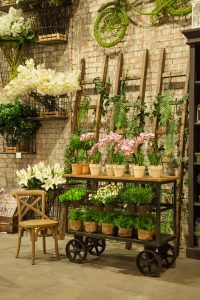 The second Ambiente Living is a two-story building in Bogota’s home furnishings district. It takes advantage of the existing modern structure, which melds well with the distinctly New York City-style industrial details and finishes. One part of the store is an iron staircase surrounded by SoHo-like windows, seeking to emulate a fire escape, and the skylights are covered by banners with “views” of NYC sky-scrapers from below.

“Ambiente Living stores seek to transport the customer to a hip location from elsewhere, creating an unforgettable experience that they can’t seem to get enough of,” says Velez. “It was very exciting opening this store because it really is one of a kind. The challenge was huge as we wanted to surprise everyone, and we did. It has been an opportunity to transform my ideas into reality.”

The different angle that Velez and her staff have taken with Ambiente Living is that the store presents an inspiring blend of shopping, entertainment and fashion. It has various environments such as a restaurant with a grand piano, an area for furniture, decoration, women´s fashion accessories, gifts for men and also some gourmet products. 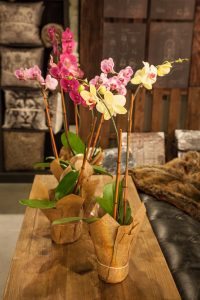 “In all of this lies the differentiation,” explains Velez. “Not just in comparison to my previous ventures with Ambiente Gourmet, but compared to retail itself. I had a strong desire to establish a store where we create memorable experiences for our visitors. In this store, you can either shop, have a glass of wine in the restaurant and bar, have dinner with your friends and family or just enjoy live music played in the grand piano by our performers every afternoon.”

She pauses to reflect on the last couple of years of business. “And I think we have achieved the goal of improving the lives of our customers in certain ways. That, at the end of the day, is the essence of what every entrepreneur wants to achieve.”

Running her own businesses, being an entrepreneur, and being there for her three children and husband has meant that there has always been a lot of juggling for Velez. “My biggest obstacle is always how to distribute my time well between my work and my family,” she admits. “I love spending time with my husband and children, but I also thoroughly enjoy my job.” 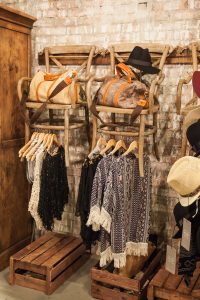 The response to Ambiente Gourmet and now Ambiente Living is proof that the juggling has all paid off. “One of the most rewarding aspects of this new venture has been the positive response of the public, and this surpassed all of my expectations,” says Velez. “People are always asking when we are going to open in other cities and countries, and for a retailer that is very gratifying. Our clients visit the store often, even several times in a week sometimes, and they tell us that the experience of being in our store has become part of their lives.”

This feedback from in-store customers is pivotal for Velez and her staff, and social media also plays an enormous part in the continual improvement of her business’ offerings.

“Social media is a crucial two-way communication channel with our customers that allows us to know their feelings and thoughts, what they like and don’t like, and what we can try to correct,” she explains. “It is a demanding process that you have to put a lot of effort into, but the rewards are always worth it.”

Being involved with the International Housewares Association is also something that Velez not only finds gratifying, but keeps her connected to the rest of the industry. “Being connected to an association like the IHA and to gia means that I am a part of a select group of retailers, and I can access valuable information and knowledge and be aware of what is happening in the retail environment across the entire world,” she says.

Ambiente Living is an extension of Velez’s dreams and her business acumen, but it’s also the tangible results of her passion, and the development of much inspiration gathered from around the world.

“Inspiration is the basis of any creative process, but I think inspiration mixed with passion is the key to a successful idea and achieving goals. You just have to have discipline to materialize your ideas,” she says. “You should never give up on your ideas—you often have to start new things on a small scale and then evaluate the results and how your customers react to it, but when you see a good reaction, then that is the time to start growing.”

For more information on Ambiente Gourmet and Ambiente Living, visit www.ambientegourmet.com and www.ambienteliving.com.

See also Patricia’s blog and her own website, www.patriciavelez.com.