The just-concluded 2016 International Home + Housewares Show is garnering rave reviews from buyers and sellers. The Show was sold-out with 2,224 exhibitors from 47 countries and featured a rebranding of the Show look and relocation of Discover Design to the North Building. 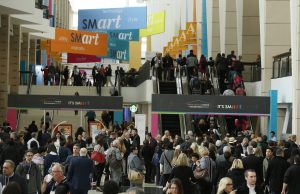 “We are very pleased with U.S. and International buyer attendance, which were a virtual match with last year’s record numbers,” said Phil Brandl, president & CEO of the not-for-profit International Housewares Association, which owns and operates the Show. “This is very positive given the recent retraction at retail and the strength of the U.S. dollar, which makes exporting more difficult.”

“2016 was a year of substantial transition with the complete rebranding of the Show to the ‘It’s SmART’ theme and graphics, along with the re-categorization and location of the Discover Design Expo to a new area,” Brandl added. “Exhibitors and buyers alike expressed their satisfaction with these Show enhancements. All in all, the 119th International Home + Housewares Show was a successful marketplace for the industry.”

The New Exhibitor Preview on Saturday morning attracted more than 500 buyer and media attendees, increasing attendance over last year. The event offers buyers and media the opportunity to meet with 62 first-time exhibitors in advance of the official 10 a.m. Show opening. Response from the buyers is very positive about the New Exhibitor Preview, and we anticipate attendance to continue growing as more buyers want to begin their day earlier, Brandl said. 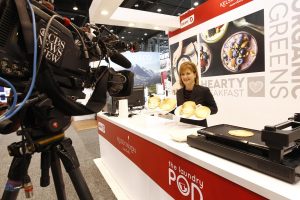 The Show also included a series of thought-provoking educational sessions, including keynote programs on color and design trends and how consumers’ emotions affect color choices by Lee Eiseman of the Pantone Color Institute; an overview of consumers’ core values and expectations by Tom Mirabile of Lifetime Brands; the impact of millennials on housewares by Warren Shoulberg and Maureen Azzato of HFN; and turning food shoppers into housewares buyers by Todd Hale and a retail/supplier panel. In addition, the Innovation Theater offered 21 presentations on the Internet of Things, global shopping and retail and consumer lifestyle trends. Audio and video recordings of the educational sessions are available at http://www.housewares.org/education/presentations-webinars.