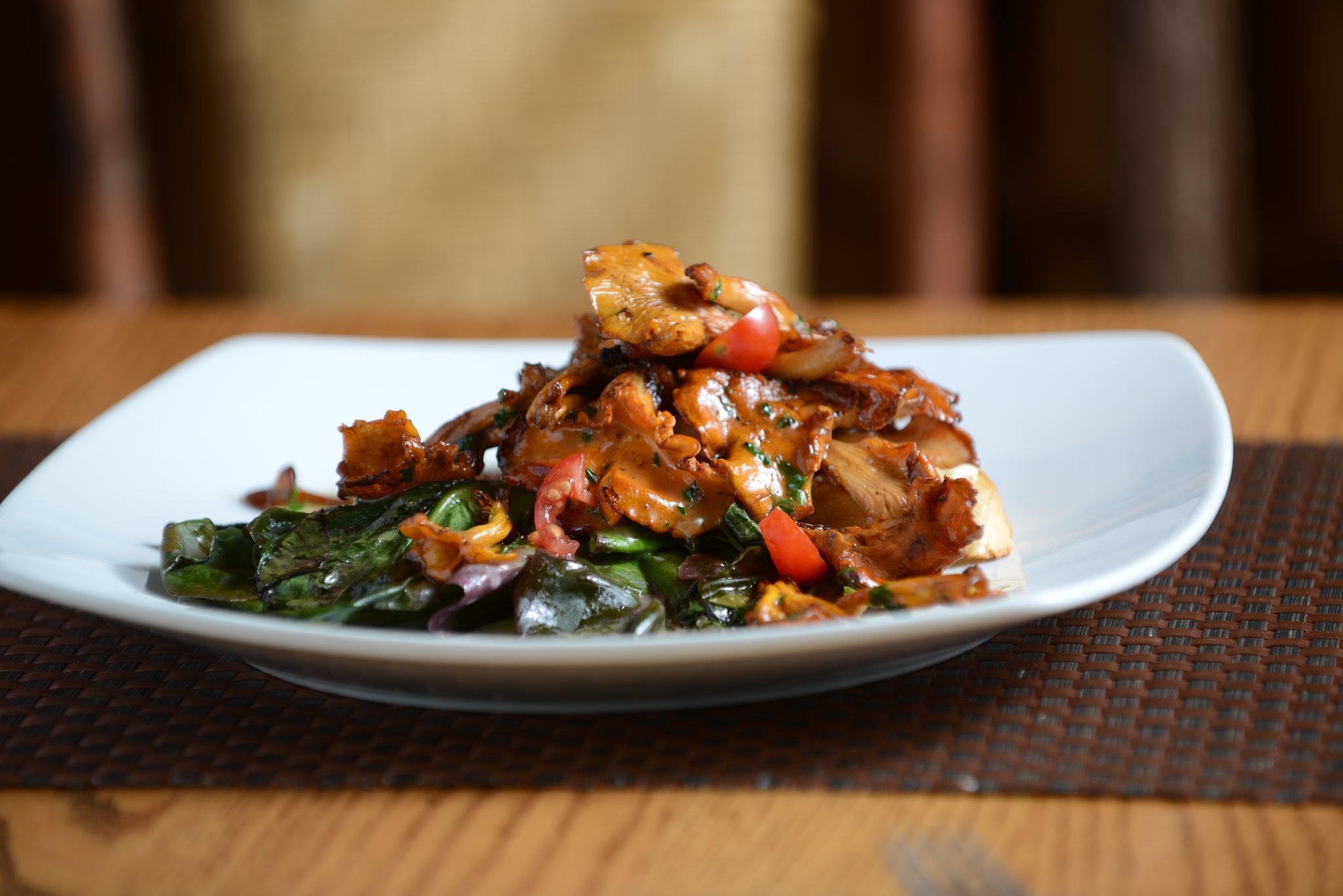 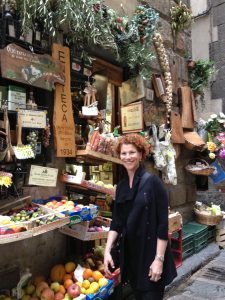 Food-driven consumers are keeping excitement growing for chefs as well as for those who find themselves in a position to continue to educate but now have a decade of food-inspired consumers who are craving not only great recipes but also inspirational ingredients as new food trends emerge.

“With what’s going on in the world, it’s very interesting to see that food is trending towards anything Middle Eastern, Israeli and Persian with a touch of North Africa,” explains Chef Joanne Weir. “Right now, I’m excited about whole roasted rainbow carrots dusted with Aleppo pepper and za’atar, roasted red, yellow and Chioggia beets with preserved lemon and toasted cumin seeds, and whole roasted cauliflower with Persian cucumber and mint cacik.”

Spurred on by the success of chefs the likes of Yotam Ottolenghi and Michael Solomonov, these flavor profiles that began to take root in 2008 are finally in full bloom. Solomonov’s Zahav is a modern Israeli restaurant in Philadelphia. Zahav showcases the melting-pot cooking of Israel, especially the influences of the Middle East, North Africa, the Mediterranean and Eastern Europe. Since the restaurant’s opening in 2008, Solomonov has met with critical acclaim with his meze (small plates) such as the restaurant’s insanely popular fried cauliflower; a hummus so ethereal that it put Zahav on the culinary map; and a pink lentil soup with lamb meatballs. 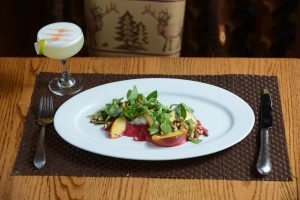 Ottolenghi’s restaurants may be in London, but his cookbooks have made a huge impact on the American food scene. He has written several cookbooks with Sami Tamimi including of Plenty and Jerusalem, and recently released Nopi (October 2015) in collaboration with Nopi’s head chef Ramael Scully.

This Mediterranean flavor profile will feed other food trends including expanded grains and fresh vegetables. Vegetables will become center plate stars, often kicking meat off the plate. Make room in the pantry for new creations with rye, black rice and spelt—topped with unexpected ingredients like smoked fish and cheese. 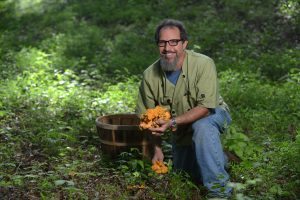 Chef Dick Barrows is seeing and using many of these products as well. Barrows and his wife, Sue, own/operate Kitchen in Chapel Hill, N.C. Staple ingredients in their kitchen include such things as roasted cauliflower, chili oil, lamb belly, lamb bacon, whole fish and barley or other grain “Risotto” beautifully treated with a Mediterranean that’s a bit French in style.

These Mediterranean trends will help grow the consumer’s spice rack as well—turmeric, suma, dukka, harissa and piri piri peppers (African birds-eye chile) are just some of the varieties growing this category in the kitchen. 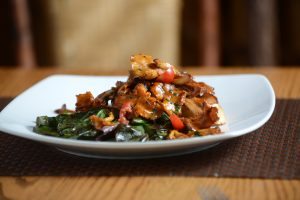 Freekeh is widely used in Northern Africa and the Middle East, and has recently made its way into Western food culture. Freekeh is high in fiber and iron, and is a good source of niacin, vitamin B6 and magnesium. Several years back, the grain was touted as one of the new hot superfoods, but it may have been a bit premature. Now, Fire Grain is working hard to makeover Freekeh into a more, easy-to-use and palatable side-dish or main course.

Weir, whose roots have always been firmly planted in local product and ingredients, is excited by the continued consumer interest in artisan products from nut butters and smoked foods to cold-pressed juices, single-sourced milk and yogurt.

Consumers continue to focus on the farmer’s market—searching out the best in well-raised products from meats to vegetables to eggs. It’s no longer a question of white or brown, medium or large. Consumers want to know more about the hen and how it was raised.

Locally raised meats and artisan-crafted sausages, bacon, pates and cure meats are also still in vogue and gaining in popularity. Not only are consumers eating up these products in restaurants, they’re looking to recreate them at home, and the popularity of home-smoked foods is something to watch.

Pickled everything is also another growth category. While pickles have been gaining popularity for more than a decade, food trends this year indicate nothing is safe from being pickled.

Latin influences continue to add spice and color to the food scene, but are now joined by some Pacific influences. Mexican fare continues to mature—think handmade tortillas flavored with ash, roasted peppers, innovative tacos, classic Mexican sweets and mole-smothered meats. Hawaiian influences the likes of Poke—hunks of fresh fish tossed in soy sauce, limu seaweed and scallions— will continue to appeal to our palette, but a marriage of these cuisines will bring even more to the table.

Taking a myriad of food trends into account,  you may find yourself biting into a taco with handmade tortillas stuffed with shrimp poke crafted with coconut and lime, macadamia nuts and pickled jalapeños or snacking on a dish of cold noodle salad made with purple potato and brown rice ramen in a tamarind broth with fresh local veggies.

Today’s consumers are grabbing hold of new and old beverage categories with gusto. Elixirs and Mixer and Shrubs continue to build. The Nielsen Company reported in January that the alcoholic beverage category continues to grow despite some ups and downs. Heavily dependent on shifting consumer tastes, as well as product innovation, it can also be a very fast changing category—what’s in one day, can be what’s out the next—and it’s critical for those across the industry to stay informed of recent food trends and changing preferences.

Flavor profiles lead the way in this category of food trends. For example, Nielsen tracked only two pumpkin-flavored beers on the U.S. market in 1995. Today, they track more than 80, and that’s just one, comparatively tame well-traveled flavor. Flavors like cinnamon, peach and honey have exploded into the spirits category. And to top that, all apple-flavored beers, flavored malt beverages and spirits account for a staggering $350 million of annual sales. And apple has branched out beyond beer. Today, hard cider is the big craze.

One thing worth noting about flavors is their lifespan. In looking at food trends over the past few years, flavors can have a very short life cycle if consumers don’t drink up. And the risk associated with an ill-flavored or ill-timed offering has suppliers seriously pondering their creative options.

Consumers can get their flavor fix in other ways from great new beverage introductions to the continued growth of the Shrub category. Shrubs are flavorful bases for cocktails or non-alcoholic drinks and are becoming increasingly popular in bars and restaurants. Similar to cordials, they are usually made from vinegar, fruit and sugar. A drinking vinegar, such as apple cider vinegar, is used to preserve fresh fruit juice and add sharpness, and then sugar is added to improve the flavor. Alternatively, the fruit is preserved in sugar, and vinegar is added to cut through the sweetness. Consumers are discovering these shrubs in restaurants, buying them premade in stores and learning to make them at home.

Flavors like these are also quenching consumers’ thirsts for non-alcoholic beverages. Vinegar-based drinks are gaining popularity as well as new twists on old favorites such as Jones Soda Company’s introduction of Lemoncocco—flavored with the extracts of Sicilian lemons and a splash of coconut cream.