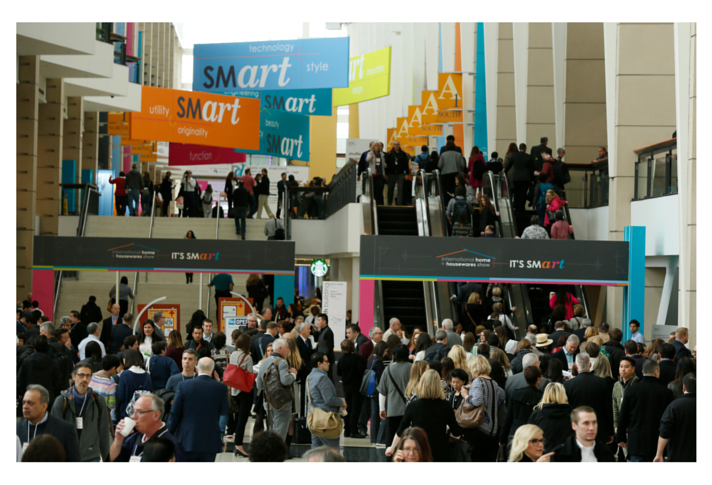 Retailers who attended the 2016 International Home + Housewares Show last March praised the Show for its wealth of exhibitors and new product, as well as the chance to get in a good, daily workout.

“We attended the IHA Show in March as we always profit from the information gained early in the year while attending that show,” says Martha Nading, owner of The Extra Ingredient, Greensboro, N.C. 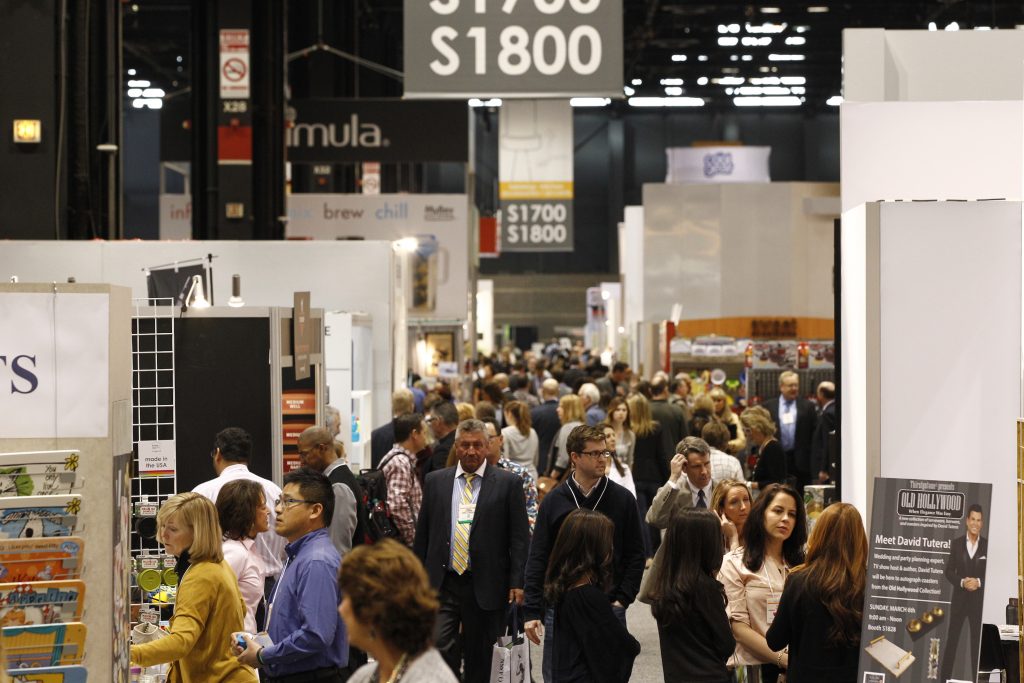 The sold-out Show featured 2,224 exhibitors from 47 countries, along with a rebranding of the Show look and the relocation of Discover Design to the North Building.

Retailers who could spare the time also got a chance to see chef Emeril Lagasse, Food Network chef Aaron Sanchez and the most recent winner of MasterChef Junior cook up a storm in the Cooking Theater. Other celebrity chefs included Rick Bayless, Ming Tsai, Trisha Yearwood, Rose Levy Beranbaum, Bernard Guillas, Sara Moulton and Billy Parisi.  The Cooking Theater was located in the Dine + Décor Expo in the South Building and was jointly sponsored by KitchenAid, Oneida and WellnessMats. 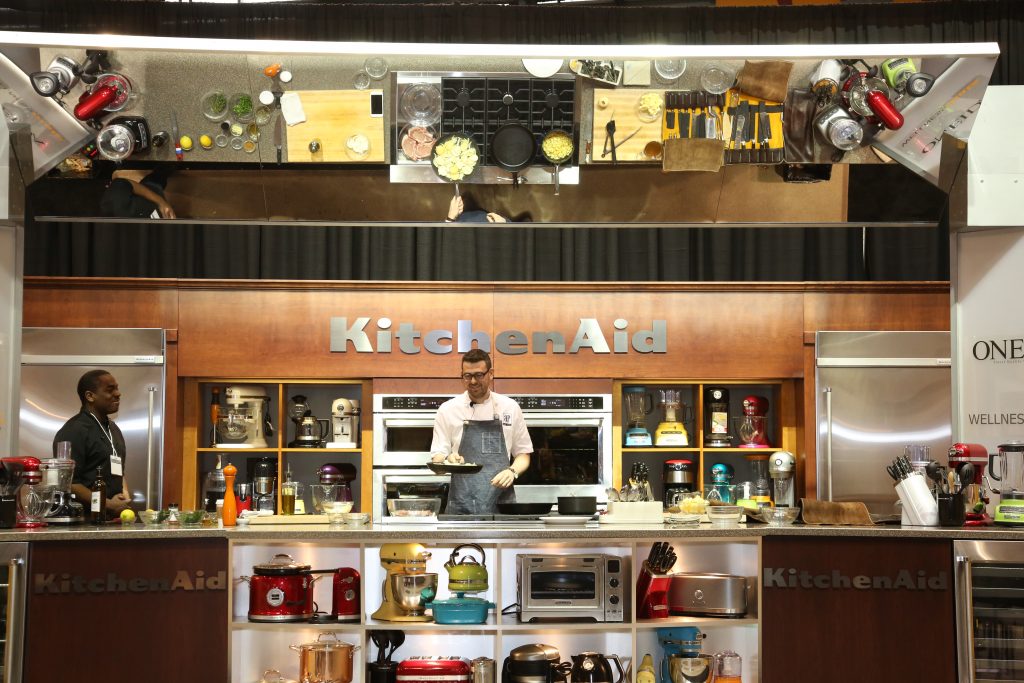 “I love the Housewares Show,” says MaryLiz Curtin, owner of Leon & Lulu, in Clawson Mich. “It gets better each year.” One reason for that, she says is that the International Housewares Association, the non-profit group in charge of the Show, listens to feedback from smaller retailers, like herself. “They pay attention to the needs and desires of their customers,” Curtin says. “I never miss the Show. I sit on their advisory board and it is hard to find problems to address. It is a terrific event every year.”

As always, the challenge for smaller retailers is how to best cover the Show, which stretches for miles through three buildings in Chicago’s McCormick Place convention center. “Our phones recorded almost 10,000 steps every day,” Nading says. (To non-walkers, that is the equivalent of about five miles.)

“I got through everything I needed to, and that is rare,” says long-time Show attendee Jennifer Baron, owner of A Cook’s Companion, in Brooklyn, N.Y.  Baron praises the Show for its lay out and variety. “There is always so much to see,” she says. “It is a very important Show, and I wouldn’t miss it,” she adds, but notes she faces time constraints. “There is never time to chit-chat with vendors, unfortunately, but that’s how it has been for 20 years.”

Dave and Mary Weldy, owners of The Culinary Apple, in Chelan, Wash., have been coming to the Show for the past six years. “This last Show was the best one yet,” Dave Weldy says. “We worked up to the last minute. We were writing an order when the lights started flashing at the end of the Show and you could hear the vendors start to applaud,” he says. The pair covered the North and South buildings, but, said Weldy, “Never got to Lakeside. We could have used another half day there.”

The Weldys praised their buying group H.T.I. for its organization of Show events and for getting the group in early to participate in training sessions and vendor meetings.  “We have a private showing by vendors on Friday so we can get a jump start on our ordering,” Mary Weldy says.

The Weldys, like other retailers, also appreciated the New Exhibitor Preview on Saturday morning, which attracted more than 500 buyer and media attendees. The event offers buyers and media the chance to meet with 62 first-time exhibitors in advance of the official Show opening. 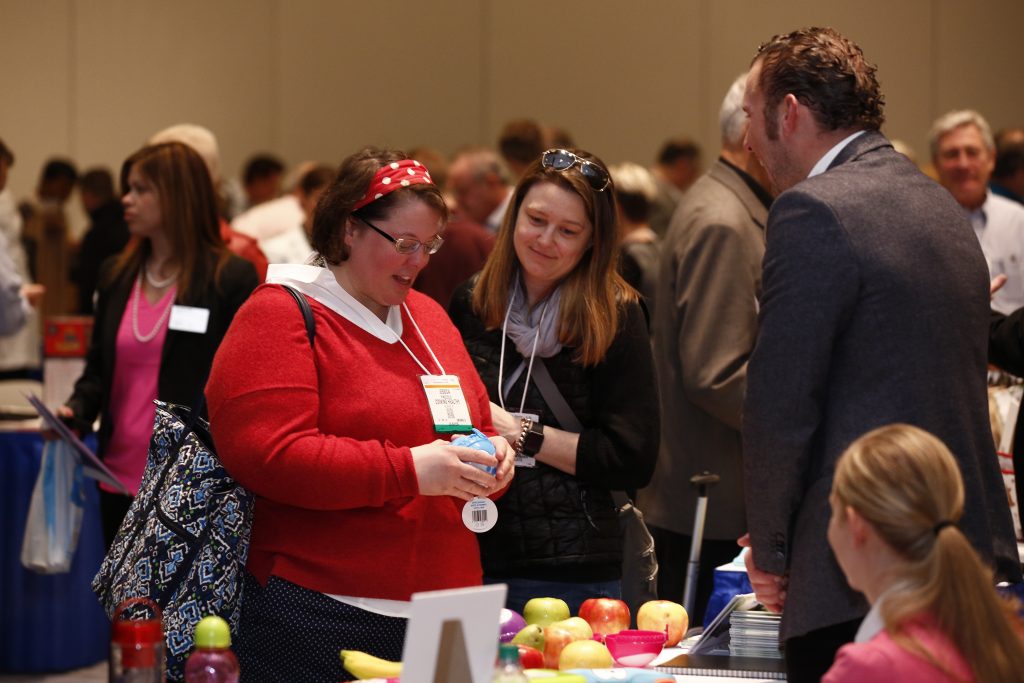 They also sought out the Discover Design Expo where, Mary Weldy says, “We find things we don’t want to miss, so it is very beneficial for us.”

For those who may have missed the Show and the many educational sessions offered there (which included a talk on color by Lee Eiseman of the Pantone Color Institute and an overview of consumers’ core values and expectations by Tom Mirabile of Lifetime Brands) audio and video records of the educational sessions are available for download here.

The 2017 International Home + Housewares Show will be held March 18-21 at McCormick Place. 2017 attendee registration and additional Show information are available on the Show’s website.