By Michael Wolf and Ashley Daigneault

For over two decades, a variety of companies and industry consortiums have worked to create standards and platforms to help devices and services work better together in the connected home. Many of these technologies that are now part of making the smart home work have become household names: from long- established and pervasive communication technology like Wi-Fi and Bluetooth to newer platforms from brands like Google, Apple and Amazon, the awareness around connected tech is higher than ever.

And as the smart home moves from everyday devices like lights and thermostats to rooms such as the kitchen, and includes appliances and cooking tech, more companies outside of technology are looking at the smart home’s impact on their business.

For a consumer, the variety of brands and solutions to choose from can seem overwhelming and choices often come down to compelling use cases as an entrance to adoption. As an example, home security and safety has been a leader in turning consumers on to the benefits of connected tech; protecting your home and family is not a hard sell for most.

If you’ve purchased smart home products over the past decade, you likely have experienced confusion or frustration. That’s because products can often be complicated and confusing, and there’s a chance a smart home product from one manufacturer may not work with that from another.

The good news is confusion and fragmentation are problems the industry is beginning to take seriously. In a survey conducted in late 2016, research firm NextMarket Insights asked smart home industry insiders what was holding back the success of their industry. According to these technology, appliance and service provider executives, the smart home’s biggest problem was the consumer’s confusion about what exactly is smart home technology (32 percent). Not too far behind was market fragmentation at 18 percent.

But here’s the thing: while the smart home is made up of a variety of platforms and technologies that often have worked together in the past, the industry is working hard to make the smart home easier and more interoperable. Companies in the housewares and kitchen space should pay attention to the platforms that are emerging as early leaders in adoption and consider how they might someday integrate, or at the very least impact, their product offerings. 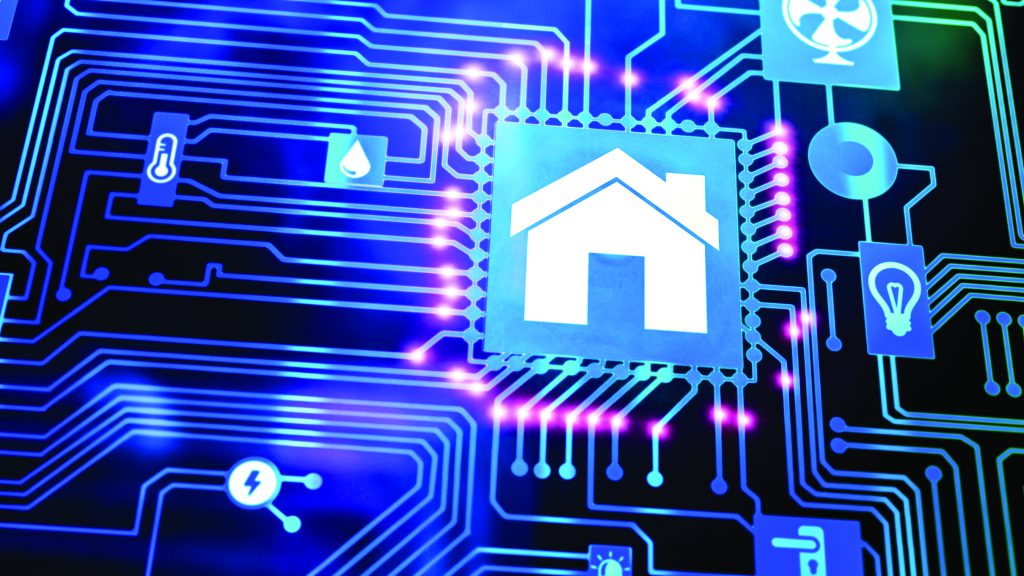 Today’s smart home landscape comprises a variety of technologies that come from recognizable brands like Amazon, Google and Apple. But there are also some hidden players and a lot of consortiums and alliances all advocating the benefits of their platforms. Following is a cheat sheet to a few of most important technologies powering today’s smart home.

Over the past two years, the smart home has been completely transformed by voice control – largely due to Echo, Amazon’s Bluetooth speaker with a powerful artificial intelligence (AI) engine and personal assistant Alexa built-in. Echo’s initial introduction was met with skeptical enthusiasm, and some wondered if it would be a trendy gadget whose popularity would wane. But the open API allowed developers to build useful “skills” for Echo that gives the device robust functionality. Alexa now has over 7,000 skills that enable it to assist with everyday home functions from cooking and laundry to controlling entertainment and home devices such as lights and thermostats. Recognizing the device’s power as a hub for all devices in the home, Amazon launched the Dot, a cheaper, smaller version of Echo with Alexa built-in to extend voice assistance throughout the home.

Amazon has sold over 8 million Echos – a strong number for any brand in the connected home. And while research shows 66 percent of users are still primarily using Alexa to “retrieve information,” the potential exists for Echo to be a strong entry point to smart home and connected kitchen devices.

When Apple announced its answer to the smart home at the 2014 developer’s conference, there was broad excitement. If the company could do for the smart home what it has done for mobile phones and personal computing, the whole industry could benefit. But when HomeKit failed to materialize into much until 2016 and certified products with the Apple MFi chip inside were slow to roll out, the excitement around HomeKit dulled.

That’s not to say that Apple is out of the game entirely – several new HomeKit-enabled products rolled out at CES 2017, and the ecosystem seems to be growing. But the company still must figure out how to make its AI voice assistant Siri more competitive and reliable than Alexa and Ok Google, and convince consumers that the HomeKit platform is worth betting on.

Google’s path to smart home dominance is a little more storied, but the introduction of Google Home, the company’s answer to Echo, gives Google a clearer path forward in 2017. Google’s first foray into the smart home began in 2014 with its acquisition of smart thermostat startup Nest. Nest was a rising star in the connected home landscape, reaching mainstream penetration faster than most brands, but infighting between Nest founder Tony Fadell and Google led to slow product growth and ultimately Fadell leaving last year.

Google hasn’t done a great job solidifying how all of its brands might work together in the smart home, but Google Home represents a promising way forward. Backed by Google’s incredibly powerful search engine, the possibilities for Google Home as the center of the future smart home seem enormous. 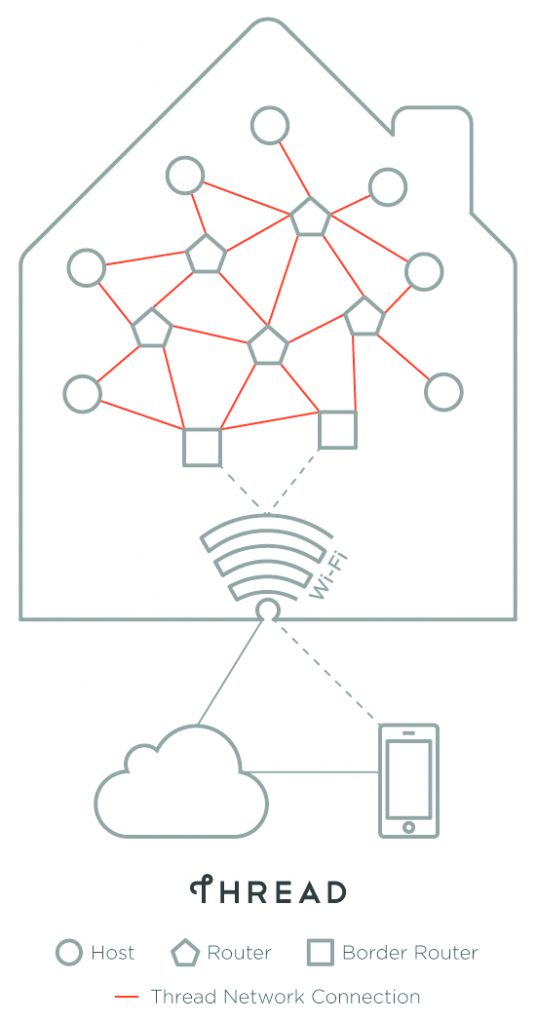 Google also spearheaded the effort behind Thread, a networking protocol designed to help more Internet of Things (IoT) devices talk to one another. In the smart home, radio communication is particularly important as you add more devices to the network. Bluetooth historically has been used for point-to-point communication and Wi-Fi for large data packet transfers, but neither were developed specifically for smart devices. Though Wi-Fi is critical for cloud and remote access, it requires an enormous amount of power – it’s why the Echo has to be plugged into the wall – and isn’t suitable for battery- powered devices like smart locks, sensors and thermostats.

Mesh networks, technology that allows devices to talk to one another and gets stronger as more devices are included, have become the go-to for many smart home products. Some mesh networking technologies, like zigbee and Z-Wave, have been around for well over a decade and are found in popular brands like Phillips Hue, Samsung SmartThings, ADT Pulse and AT&T’s Digital Life. Bluetooth and Wi-Fi are playing catch-up though, both introducing Bluetooth Mesh and Wi-Fi HaLow in the last few years to be a low-power, mesh network solution while still capitalizing on each of the technologies’ strengths.

The Future Is Connected

The technology landscape for the smart home remains open, and the number of companies vying for a leadership position is large. But one thing is clear: homes of the future will be filled with connected stuff – from the ovens and fridges in our kitchens to the lights and TVs in our living rooms to the cars in our garages. How non-tech companies will integrate and capitalize on this inevitability will determine who remains relevant and who might be left in the dust.