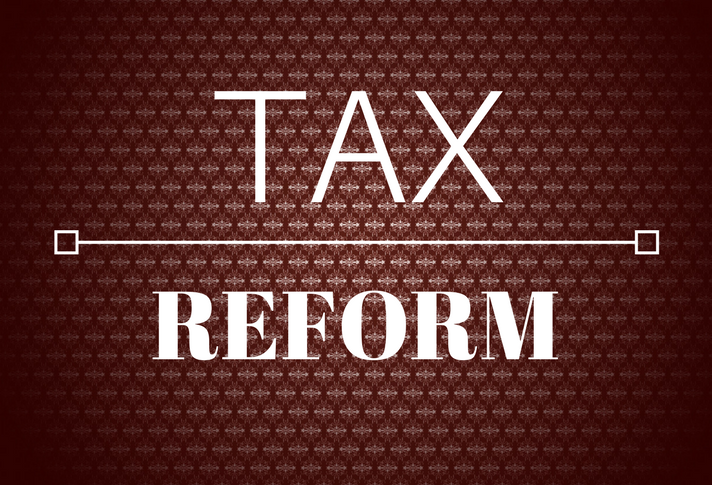 Not since 1986 has the U.S. Tax Code undergone fundamental reform.  But now, with Republicans controlling both the U.S. House of Representatives and the Senate, and President Trump anxious for a win on one of his biggest promises from last year’s campaign, major efforts are underway to redefine our nation’s outdated and overly complex tax code to make the United States more competitive in the global economy.

Starting with a proposed plan called “A Better Way” – drafted by House Speaker Paul Ryan (R-WI), and House Ways & Means Committee Chairman Kevin Brady (R-TX) – the tax reform proposal would eliminate most special-interest tax breaks that benefit only a few individuals and use the savings to reduce tax rates for virtually all businesses. The corporate tax rate of 35% (the highest in the industrialized world), would be reduced to 20%.  Most unincorporated businesses – S-Corps, LLCs, pass-throughs, partnerships – would receive the same rate.  Individuals would also see significant reductions.

While these proposed reforms can be viewed as pro-growth, critics note that a separate, complicated proposal included in the “Better Way,” called the Border Adjustment Tax (BAT), threatens to wipe out any good reform that could otherwise be achieved.  Simply put, the BAT makes radical changes to the corporate tax code by taxing any product imported into the U.S. – even if that product cannot be produced here – and exempts corporate taxes on any product that is exported.  This provision could result in dire economic and employment consequences for small- and mid-sizes manufacturers who rely on global supply chains to support American innovation and bring affordable products to U.S. consumers.

Earlier this year, as the potentially devastating impact of a BAT became increasingly apparent, IHA partnered with the Americans for Affordable Products (AAP), a growing coalition of over 550 businesses and trade associations that represent millions of American jobs, to provide IHA members with background information so that they could make an informed decision to oppose or support the pending legislation.  The AAP has been running a national campaign to mobilize consumers and businesses to show lawmakers that a discriminatory tax on imports will result in their constituents paying higher prices for everyday items such as food, gas, clothing and medicine, and should not be included in tax reform.

The most effective way to change political direction is through grass roots efforts. If you disagree with the tax, please click through to the AAP website and register to easily submit a pre-written letter that is auto-directed to your specific Members of Congress expressing your concerns.

On June 6-7, IHA’s Government Affairs Committee (GAC) convened in Washington, DC, for its annual legislative meeting.  As part of that meeting, GAC members spent a day on Capitol Hill visiting the offices of their elected representatives to express in-person opposition to the BAT and explain the negative effects it would have on their manufacturing businesses.  A copy of IHA’s discussion paper on the BAT can be found here.

If you have questions or would like additional information about the BAT, please contact IHA’s Washington Office.  If you would like to contact your own members of Congress directly, go to www.house.gov for your House member and to www.senate.gov for your Senate members. Type in your ZIP Code at the top of the page for the contact information for those office.