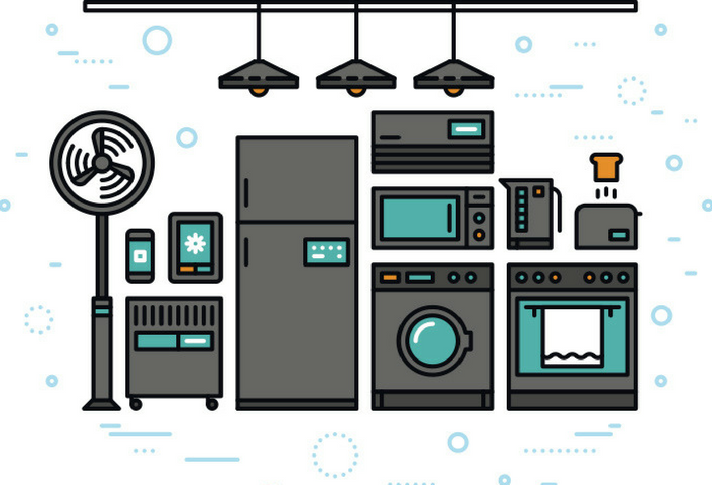 By Ashley Daigneault and Michael Wolf

In 2015, Swedish furniture giant IKEA released a video that outlined their vision for what the kitchen of the future might look like. The IKEA 2025 Concept Kitchen looked like something out of the movie “Minority Report,” where machine vision, built-in sensors and artificial intelligence (AI) combined to make surfaces come alive with information for the consumer to learn, communicate and manage their kitchen.

IKEA’s vision was somewhat reminiscent of Microsoft’s Home of the Future 10 years earlier, where the software giant envisioned a kitchen that utilized AI to let you know what food you had on hand, suggested recipes based on that food and walked you through the cooking process via projected recipes on your countertop.

Even before that, companies like General Motors were creating videos about the future of the kitchen stretching back to the 1950s.

What do these different takes on the kitchen of the future have in common? The unifying theme that ties them together is vision of a kitchen alive with technology, where appliances, kitchen surfaces and cooking tools all work together to make life easier for the consumer. Just how close are we to that vision? Probably not as far as you think. With advances in data, machine learning, virtual reality and artificial intelligence changing the way we shop for, store and ultimately cook and eat our food, we are witnessing a shift toward a more living kitchen.

One clear goal of those endeavoring to create the future of the kitchen is to make kitchen surfaces more intelligent. What were once-futuristic visions of intuitive living spaces are now appearing at trade shows and in concept demos. In 2014, Whirlpool showed off intelligent cooking surfaces similar to IKEA’s vision, and a year later a German company talked about its VUX projection interface.
Other companies are working to make our surfaces adapt to the needs of a home’s inhabitants. Germany’s Tielsa has created a cabinet and kitchen counter system that dynamically adjusts their height to match the user’s.

Amazon’s play to be the brains of our connected home starts with the AI-powered Amazon Echo. The smart Bluetooth speaker, often found sitting on a countertop, has brought voice control and AI into our homes. Ask Alexa for the news or weather and then ask her what’s for dinner based on a number of recipe skills that will help you get the meal on the table. And recipe skills are just the beginning – more and more appliance manufacturers and housewares brands are looking at the Echo as a way to add connectivity in the kitchen. GE and Whirlpool both allow Alexa to control their
appliances. Whether it’s turning on the oven, checking the icemaker or checking to see if the laundry is done, technology is slowly creeping into our everyday tasks.

Alexa will also create a shopping list for you and allow you to order things from Amazon with your voice. And Echo isn’t the only device Amazon is putting in consumer homes to try to encourage more buying from the online retailer. The Amazon Dash division recently announced it has created over 250 brand buttons to allow for quick, one- touch ordering to be placed throughout your home.

Consumer adoption of smart home technology may have been slow over the past five years, but is accelerating with platforms like Echo and Nest bringing it to the mass market. Amazon may have been first to bring voice control to the space but Google and Apple are also looking at voice-powered AI as an entrant to being the operating system for every consumer home.

2016 saw the introduction of many kitchen gadgets and platforms designed to not just make cooking easier, but to make cooking better food easier. The resurgence of sous-vide, a French technique that cooks food slowly in a water bath, is being led by companies like Anova and ChefSteps with entry-level connected machines to make the technique easy. But beyond simple gadgets for single recipes, a new category of cookware is emerging that both cooks your food and automates certain processes along the way. Deemed the guided cooking category, startups like Cuciniale and Hestan Cue are making induction burners with connectivity built-in and companion apps that can automate things like temperature control to ensure a perfect meal without removing the actual joy of cooking from the process. 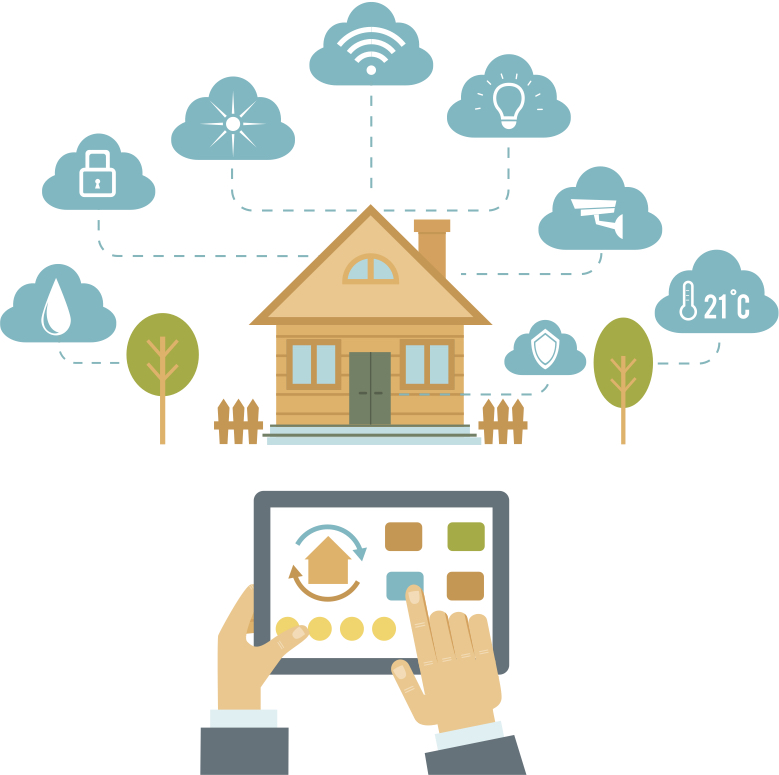 The Appliances of the Future

And what about the mainstays in our kitchen – ovens, stoves, refrigerators? There’s been little in the way of technological innovation in our appliances since the introduction of the microwave by Amana in 1967. But new breakthroughs in IoT and data platforms are allowing companies to rethink what appliances do to help us store and prep the food we eat. One of the major trends in the
appliance space is countertop-based devices. Panasonic’s countertop induction oven and the new June smart oven, along with new devices promised this year, illustrate a move to create more modular solutions with better heating technology for the kitchen.

The June oven is much more than just a countertop device; it includes cameras, sensors and machine-learning software that take the guesswork out of baking and roasting. Where the pitch for smart home tech is to make life more convenient, the value proposition for smart kitchen devices like June is their ability to help us do things better. Americans want to eat healthy and at home more often, but if cooking at home could be easier and taste better, our kitchens might start to look a little different.

If Innit has anything to do with it, the appliances of the future will be much smarter. The intelligent food platform is a big data engine that knows everything about our food and can source and identify it without user input. With partnerships with appliance giant Whirlpool and consumer magazine Good Housekeeping, Innit plans to integrate with appliances so your fridge knows what’s inside and can suggest recipes for your oven to prepare. Add in a robot butler, and you might not have to lift a finger.

Will Robots Take Over?

It’s obvious that this technical revolution in our kitchens and our homes is driven largely by Big Data. Every device is capturing huge amounts of information about us: what we eat, how we live, when we’re home and what we like to buy and consume. Many wonder what will become of all that data; it is inevitable that the connectivity in our homes will lend itself to new marketing opportunities for companies trying to sell us stuff. Privacy around how key data is going to be capitalized on is an important discussion topic. 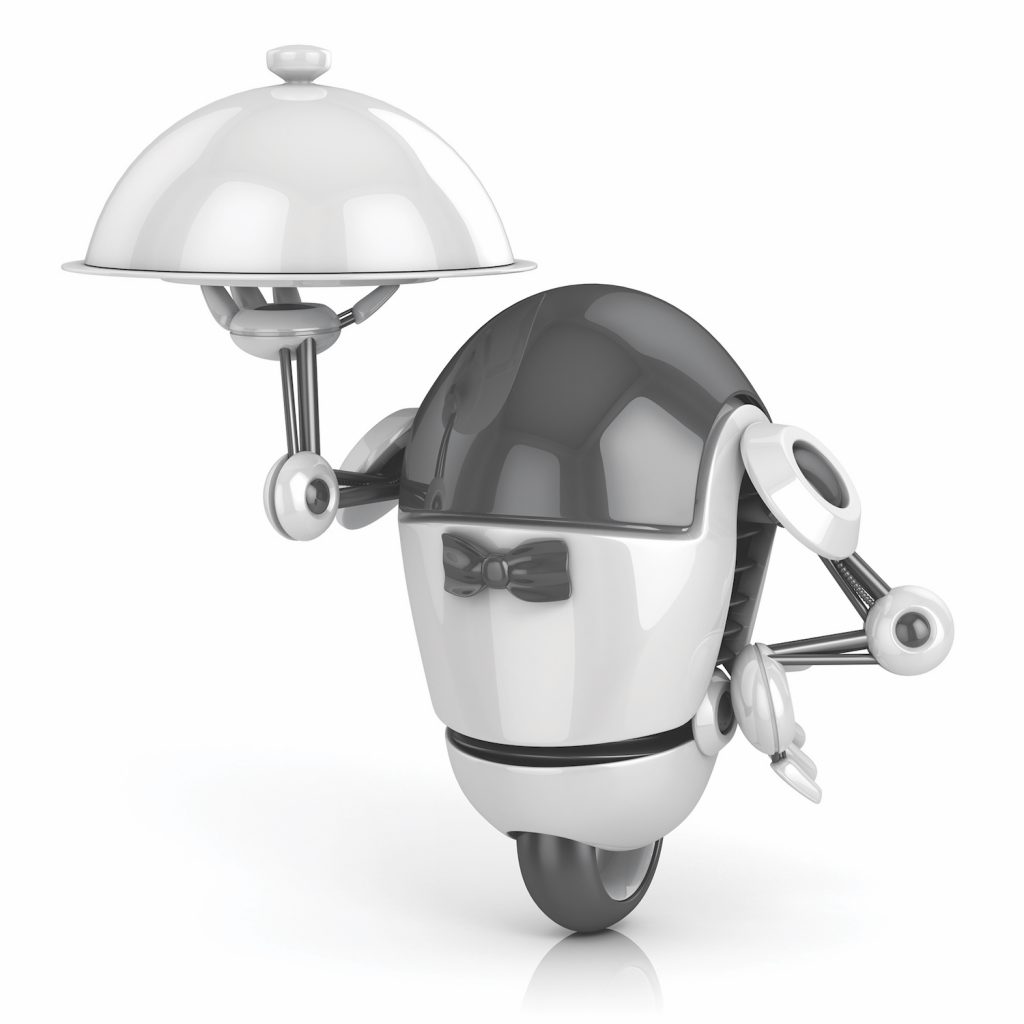 But what about cyber intruders? Connecting all our “stuff” to the internet comes with an inherent risk of hacking, although you’re still more likely to have someone throw a brick through your window. And finally, if everything is online and our fridge, oven and shopping list are all reliant on connectivity and the cloud to function, how do power interruptions or Wi-Fi reliability interrupt our daily lives?

We’ve seen examples of the backlash of this during events like the Nest thermostat outage – and that’s just one device. If we’re relying on automation and machine learning to help us buy, cook and consumer our food, we need it to be reliable.

None of these concerns are enough to warrant a panic – or shying away from what will inevitably be innovations coming to our homes sooner or later. But what does the kitchen of the Home of the Future look like in 10 years?

One thing for sure: It’s likely to have some delicious food – and a few robots too.