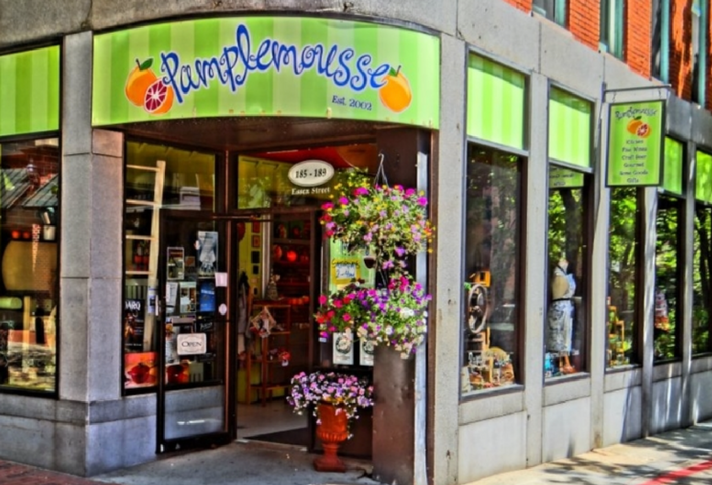 Retailing is like parenting: adding another kid (or location) to the family doesn’t double the work— it triples the effort. Diana Manahan, who opened the doors to the second location of her successful store Pamplemousse in Reading, Mass., more than a decade after opening her first store in Salem, Mass., agrees. Partly because the second store is the one she always wanted to have. 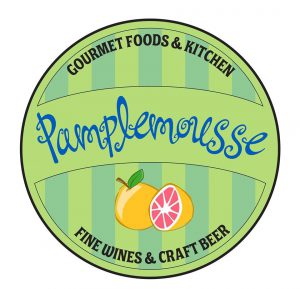 “They always say to build your flagship store second,” Manahan says. “I made a lot of mistakes the first eight years.”

The Reading store more than doubles the square footage of the Salem spot, which allowed Manahan to greatly increase the fun she offers to customers. The larger Reading Pamplemousse has a kitchen where the staff (including a full-time chef) turns out house-made specialties like gourmet sandwiches, dips and bacon jam; guest chefs host cooking classes; and the store provides catering services and puts together gift baskets.

But it’s not the first transition for Pamplemousse, which originally started as a kitchen and bath store in Salem. Things changed when Manahan acquired a liquor license. She began bringing in craft beers and liquors at a point when a local artisanal brewing and distilling community around Salem was beginning to develop. It was excellent timing.

“Micro distilling was blowing up around Massachusetts,” she says. “It seemed like more and more great distilleries and craft breweries were opening up every day.” Goodbye kitchen and bath fixtures. Hello artisan whiskey.

Manahan decided it made sense to take the store in the direction of a European-style gourmet market where a shopper could pick up cookware along with craft beer, liquor and fine wine to drink. 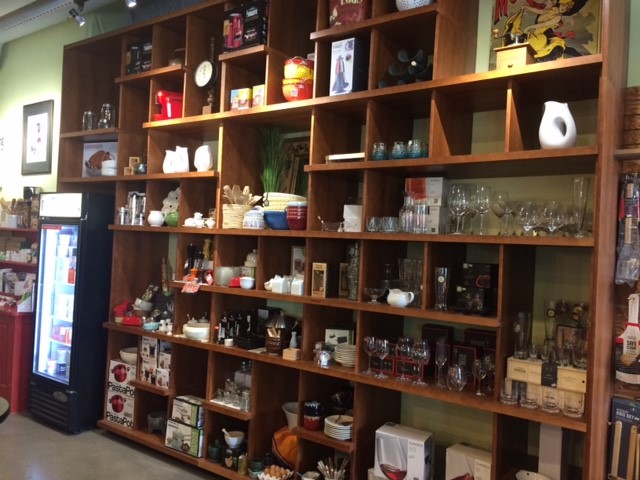 “People here like the idea that they can do one stop shopping. They can buy wine, cheese and a cheese grater with right here in our stores,” she said. They can also have fun. Manahan takes advantage of the local brewing craze to host store-based events around the themes of brewing and music (thanks to a strong local music market.)

For instance, earlier this summer the store raised money for a nearby middle school via a “Brews, Blues, Booze & Bacon” event which changed a $5 donation for a sampling of craft beer, small batch spirits, blue cheese and bacon snacks and live music.

Wine tastings are also hosted at both stores every Saturday and promoted on the Pamplemousse Facebook page. Such events drive local interest and foot traffic in both stores, Manahan says.

She tries to do something once a month and usually sets a theme for the event. “In June, we featured a lot of items you would want to give dad for Father’s Day, like grilling sauces and tools and nice craft beer, and we had a ‘Run for the Rose’ event featured around Mother’s Day.”

Like many smaller retailers, Manahan finds that products that make good gifts are also good for business, so she stocks more gadgets than cookware lines.

“Giftability is important,” she says. “Quite often people will come in the store looking for a gift for a cook and will ask ‘What do you have that is a new gadget?’” 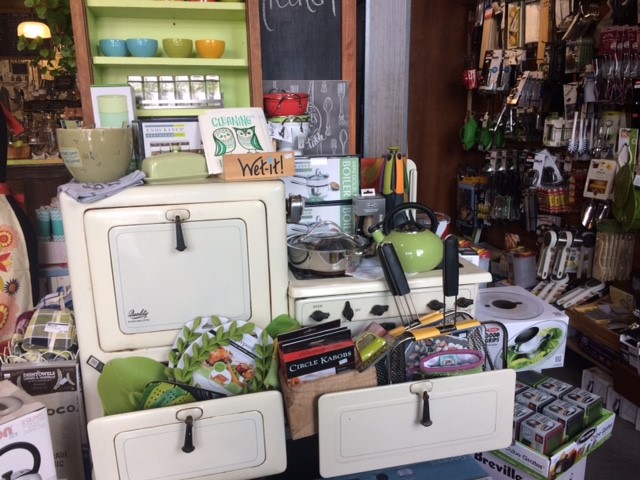 And with the focus of both stores on fine wines, adding glassware and wine accessories has been another key element of the Pampelmousse business plan.

“Wine glasses and accessories are huge categories for us,” she says, noting that “we’ve really focused on educating the consumer and to get them to try wines they’ve never tried before.” That effort includes a Wine Club and wine tastings where notes on the wines are provided by the store.

With the variety of product assortment in both stores, wine events to promote and amount of food being prepared, Manahan has a lot of shopping to do. She is a member of the HTI Buying Group and attends the International Home + Housewares Show along with a variety of food trade shows.

“Everything that we sell is hand selected,” she says. Manahan works with vendors and the buying group to winnow through products for her assortment, but also does her own homework. Products are tested in the Reading location’s kitchen and anything that goes on the menu is reviewed by Manahan and her staff first.

And that’s where the second store is more than double the work, because, well, it is her baby and her vision. “I go over tons of catalogs,” says Manahan.” There is not an item in our stores that we would not eat or use ourselves.”