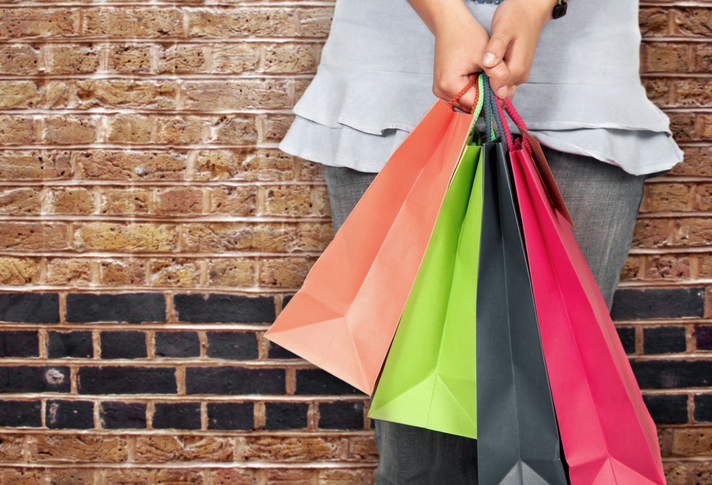 When Money magazine named Sioux Falls, S.D., on its list of the top 50 places to live last year, it caught some retailers living in Sioux Falls by surprise. Not that they didn’t enjoy the city, but the honorific came along after they had sweated out building a retail business. There was a time Sioux Falls wasn’t close to being on that list.

Many independent retailers start businesses in locations that aren’t, at first, prime. The success of the retailer often helps drive the success of the neighborhood. To borrow from “Field of Dreams,” it is an “If you build it, they will come” situation, with a store standing in for a baseball diamond. The “most livable city” accolades arrive after the hard work has been done.

Penny Klinedinst, owner of the stores Plums Cooking Co. and Simply Perfect, both in the East Bank area of Sioux Falls says “Ten years ago this part of town was a disaster.” She started Simply Perfect anyway, first in an 800-sq. ft. space, then moving to the current 8,000-sq. ft. location nearby.

“The first years we were in business the country was in recession and we had to problems solve,” she says, noting that the housewares store couldn’t sell $4,000 sofas at that point, but found products that did work. “Customers bought candles and scarves so we changed up our assortment. That’s when you have to be creative.”

Klinedinst, who bought neighboring kitchenware store Plums Cooking Co. (another store that weathered the up-and-coming neighborhood years), says “everyone saw potential” in the area long before Money magazine did.”

And when she says ‘everyone,’ she means other retailers who joined together to promote the growing retail area through a neighborhood association, including hosting events such as art walks and block parties in the summer to help bring in additional foot traffic.

But being an urban pioneer isn’t for the faint of heart. It certainly is not a strategy KC Lapiana would recommend to wanna-be retailers in her role as president of the HTI Buying Group and owner of Pittsburgh’s In The Kitchen.

“When we consult with retailers, whether it be someone looking for a new space or someone looking to open a store, we preach ‘location, location, location’ from the beginning,” Lapiana says. That mantra includes checking off the demographics of an area and other research, she adds, noting that attaining “most livable city” status won’t help a retail business if the fundamentals aren’t there in the first place.

Her own city, Pittsburgh, Pa., has made various “most livable” cities lists, “but I haven’t seen any major changes from a customer standpoint,” at her store, she says. Still, independent retailers continue to open in neighborhoods off the beaten path, and find creative ways to drive business to their doors.

Evansville, Ind., isn’t that close to Nashville, but Marcia Jochem gets visitors on their way to Nashville and other cities by advertising on billboards posted along highways just out of town. Jochem says she found the Thyme in the Kitchen location before the west side neighborhood got hot by scoping out the street on her morning commute to a corporate job.

The wide streets and historic buildings drew her attention and she snapped up an 1890s-era building that had been used for medical offices. She launched a renovation that gutted the interior and turned the space from clinical into bright and cheery, adding an upscale teaching kitchen. People began coming to the district for shopping and cooking classes rather than for doctor’s appointments.

“We got in early,” Jochem says, “it is a real up and coming area.” Like Klinedinst in Sioux Falls, she teamed with other small businesses to form the Franklin Street Events Association, promoting the area as a shopping and arts district.

The businesses host community events such as a Mardi Gras Bar Crawl, Movie Night on Franklin and the Franklin Street Bazaar. The group also organizes an annual Gumbo Cookoff to benefit local non-profits and also holds sidewalk sales around such events like Small Business Saturday.

When groups of retailers promote their businesses – Jochem herself blasts out more than 10,000 emails weekly – neighborhoods like Franklin Street take on the appeal of a shopping destination to consumers who might have skipped the spot. Jochem’s effort paid off. Within three years of opening, the Southwest Indiana Chamber of Commerce named Thyme in the Kitchen “Small Business of the Year.”

In Vancouver, British Columbia, Canada, The Gourmet Warehouse is also winning honors for owner Caren McSherry, including a Global Innovation Award (gia) from the International Housewares Association this year. Like Jochem, McSherry got into her market early (1997) and bought her industrial building, “in a not so good neighborhood.”

While the neighborhood remains a bit iffy, she says, the real estate market in Vancouver is anything but. “Our housing market has gone through the roof,” McSherry says. “Foreign buyers are snapping up properties like crazy. It is one of the most expensive cities in the world.”

While McSherry owns her own building, she feels for other retailers who don’t. “That’s not good when you are in retail: rents explode.”  The situation worries her—she thinks about her workers who have to pay for their rental apartments—as well as her customers. “I don’t know how anyone can afford living here right now.”

Lapiana calls it “a Catch-22 situation.”  Great if you get in before the boom, but, “now that a neighborhood is starting to turn around, when your lease is up I can tell you that rental price is going up if it is a hot area,” she says.

For McSherry and the other retailers who own their buildings, the gamble on a location paid off. “I am my own landlord, so I will be ahead of the curve,” McSherry says. “But that is just fortuitous. It’s luck. No one knew 10 years ago here that the average house would blow up in price and be worth a million dollars.”