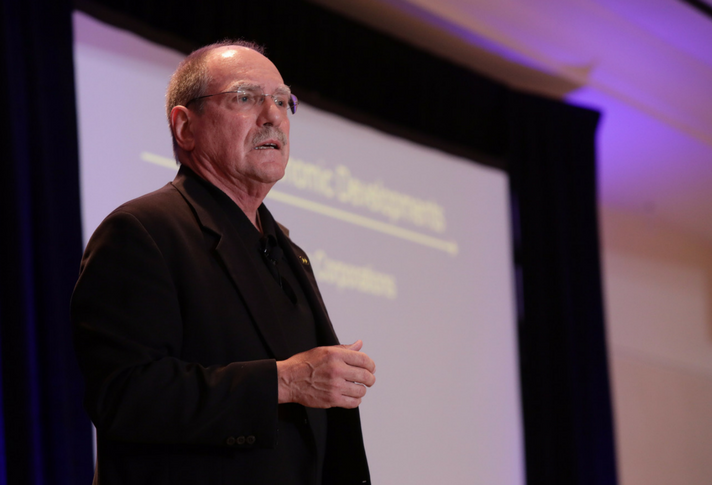 David Houle, Futurist, David Houle & Associates, opened the second day of the conference with a mind-expanding presentation that reframed information presented on the first day and gave the audience a new perspective for sessions to follow.

Author, lecturer and educator David Houle has spoken to 3500 groups of business leaders and last addressed CHESS in 2015. He began by stating he enjoyed appearing before such an intimate audience of high-level decision makers and would offer ideas that would be the opposite of yesterday’s “meat and potatoes” information about running their businesses. It is important to realize is that, “Outside in forces will change your business more than inside out changes.”

He outlined changes in human development over time:

and he explained that during the Shift Age physical realities were changed by screen realities. Shift means something is set aside and replaced or exchanged for something else. In the Shift Age, people learned to cope with The Flow to Global, the Flow to the Individual and Accelerating Electronic Connectedness. The development of the global economy was enhanced by cellphone connectivity, which joined most locations on the planet. Culture moved from analog to digital. After 2006, location/place became irrelevant because time and distance no longer limited communication.

Now in the Transformation Age, 2010-2020, we live in an era when things fundamentally change in form, nature, or character. We see the collapse of legacy thinking and the first decade of 21st century thought. In the first third of this century, everything in human endeavor is undergoing transformation, and by end of the 2030s we will reach the threshold of past to future.

He peppered his remarks with quotations from various thinkers, such as Miguel de Unamuno, “We should try to be the parents of our future rather than the offspring of our past,” and Alvin Toffler, “The illiterate of the 21st century will not be those who cannot read and write, but those who cannot learn, unlearn and relearn.”

Think of our language. A few decades ago, we spoke of doing business “internationally” or “overseas.” Now we work in “global” markets. Human evolution is moving from city state to nation state to planetary.

The flow to the individual means that each individual is now more powerful than ever before. Choices abound and an explosion of choice and power moves from producer to consumer, from the institution to the individual. This is the underlying reason for the “I want it now”, “I want it for me”, “I get to choose” consumer. With accelerating electronic connectedness, there are more people with cellular phones than have indoor plumbing: six billion people have cell phones. This is the portal to your customer. In 2016, 50% of ecommerce took place by phone.

These trends translate into consumer preferences for housewares products that are

Baby Boomers are the last generation to believe real estate increases in value. Most homes today are worth less than in 2008. Younger consumers prefer mobility and experiences. When renting an apartment, millennials’ first question is about connectivity, not the material used in the kitchen countertops. They want access not ownership. Subscription models, such as Uber and Netflix, have transformed transportation and entertainment into services. In 15 years, few people in this country will own cars.

The past is not prologue. Business leaders should not look back, but face forward and think about what your product or company will be in 2025—or else the business operates in reactive mode. The word “Innovation” is out of date, it suggests iteration. We live in a time of transformation and disruption. Corporations must become customer-centric; every employee is a customer service representative. Everything is secondary to the interface—be less concerned with selling product but develop a customer-centric focus.

This transformation leads to a Golden Age of Design when design and creativity create value. The 20th century left brain rational, linear thinking will become 21st century right brain creative thinking. Most areas of life and business will need to be retrofitted or redesigned. New forms of “highest use” will be determined: a Big Box store may become a garden.

A data explosion is about to occur and will change everything as massive amounts of storage become available by 2030. Protecting data security against hackers is the critical issue of our time.

The Internet of Things will evolve swiftly and will encompass communications, logistics and energy and will result in lower marginal costs. Additive manufacturing leaves no waste; 3D printing eliminates inventory and shipping costs and produces customized products.

As hockey player Wayne Gretzky said, “Skate to where the puck is going to be.” 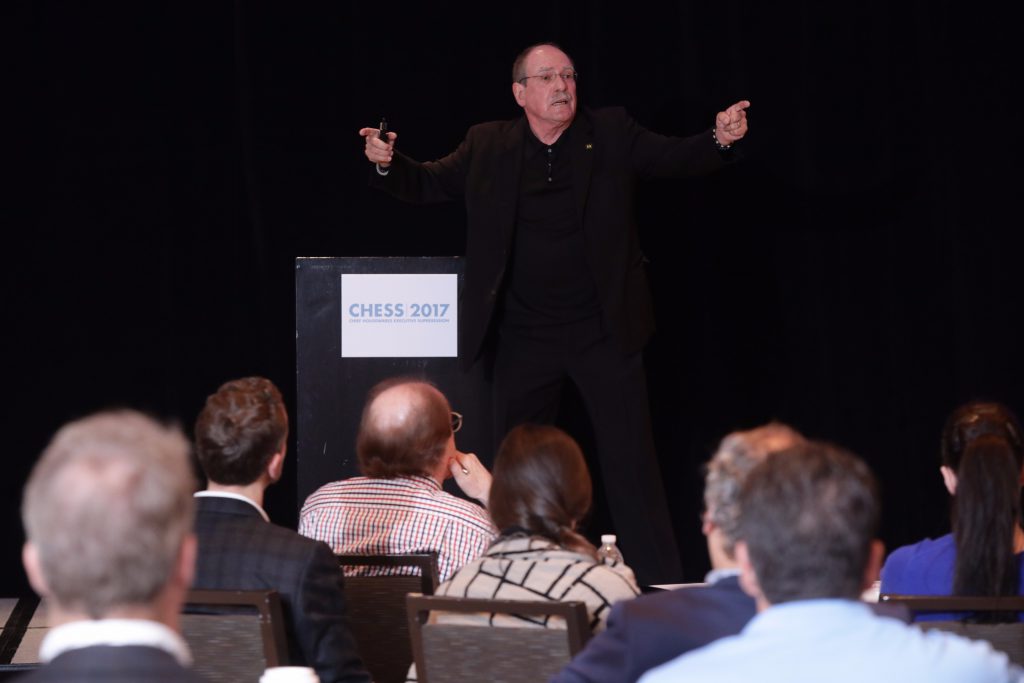 Reality as we know it will change:

There are no passengers on spaceship earth, we are all crew. Marshall McLuhan

These forecasts led Houle to believe that the Growth Economy must become a Circular Economy—one that is regenerative and design-led. Exponential growth is not possible on a finite planet. Inspired by Buckminster Fuller, Houle named this concept the Spaceship Economy and established This Spaceship Earth.org. Think of the spaceship first, with an economy reorganized toward this goal. Prepare for what’s ahead—join the crew.

Be inspired by David Houle. Visit his websites or contact him directly: