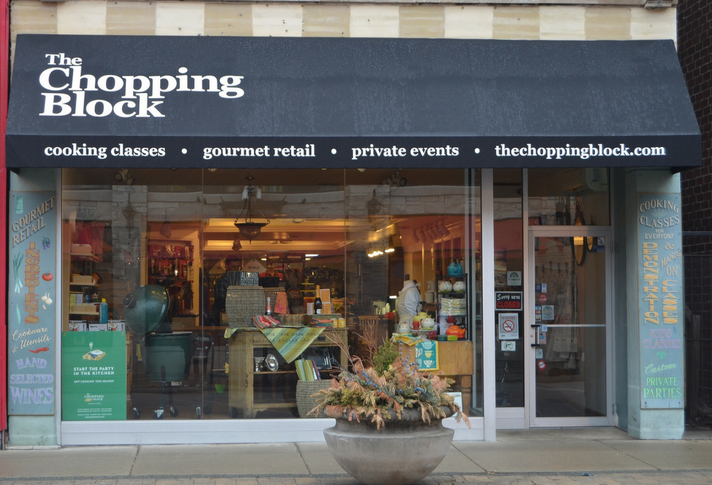 Twenty years ago, chef Shelley Young opened a small store, more like a cottage, in Chicago’s Lincoln Park neighborhood to teach cooking classes and maybe sell some antique cookware. She was holding down two full-time jobs in the restaurant industry. Still, she ventured into retail. “It just seemed like an obvious opportunity,” Young says.

Back in 1997, Chef Young realized that people, for many reasons, did not know how to make their own dinners and wanted to learn. “I am a long-range thinker but the details on how I was going get there were foggy,” she says.

The results were not. Twenty years later, The Chopping Block, a 2018 Global Innovation Award (gia) winner, says it is “one of the busiest recreational cooking schools in the country” offering hundreds of classes each month.

Cooking classes are the primary revenue stream for her business, but Young and staff also curate a kitchenware selection based largely on what her students need. “What we do is strip away excess and get down to what we call core products, what people absolutely have to have,” she says of her product assortment.

Young is not trying to be a retailer who has everything. “We have individual product lines with a value that is strong enough to sell every day.” One longtime vendor is Rosle, despite the fact that it was hard for Young’s earlier self to buy into the brand.

“It was a lot of money and you had to use their indoor displays for merchandising, which meant carrying the entire line.” However, giving space to the upscale Rosle tools became a competitive advantage “because the larger retailers like Williams Sonoma weren’t carrying it,” Young remembers. “Rosle gave us the ability to differentiate ourselves.”

Two decades later Rosle remains a store favorite. “We still love it, our employees and customers love it,” Young says. The line is an example of what she looks for when buying product. “I’m not going to be the retailer who has everything you could possibly want,” she says. “And we don’t have product you can’t find anywhere else, because that is very hard for an independent retailer to pull off.”

In the early days Young was hands on, teaching each class herself, but that changed when she realized that customers needed assistance selecting kitchen equipment. “I didn’t have any money. I taught all the classes, did the merchandising and accounting, I did the shopping, the landscaping and I shoveled the walk and did the dishes,” Young says. “When I got some money, I put it back in the business by hiring someone one.” And then as the business grew she added another person, and then another.

As the demand for more classes took off, The Chopping Block opened a second location in Chicago’s Lincoln Square and added staff. And in 2005, the original location moved to an 8,000-square foot space in The Merchandise Mart, which allowed Young to accommodate her customers’ interest in private cooking parties.

Hiring remains a challenge for both the retail side and cooking school, she says. “There is a lot of rotation in our staff.” She notes that while in Europe retail is considered a career choice, in the United States working in retail is a part-time gig and that a significant percentage of her hires don’t make it past basic training.

Still, more than 400 applications were received for a recent dishwasher job posting “the hardest job to fill,” she notes. Once on board, her team of chefs soon learn Young’s goal of “the honest sale.” 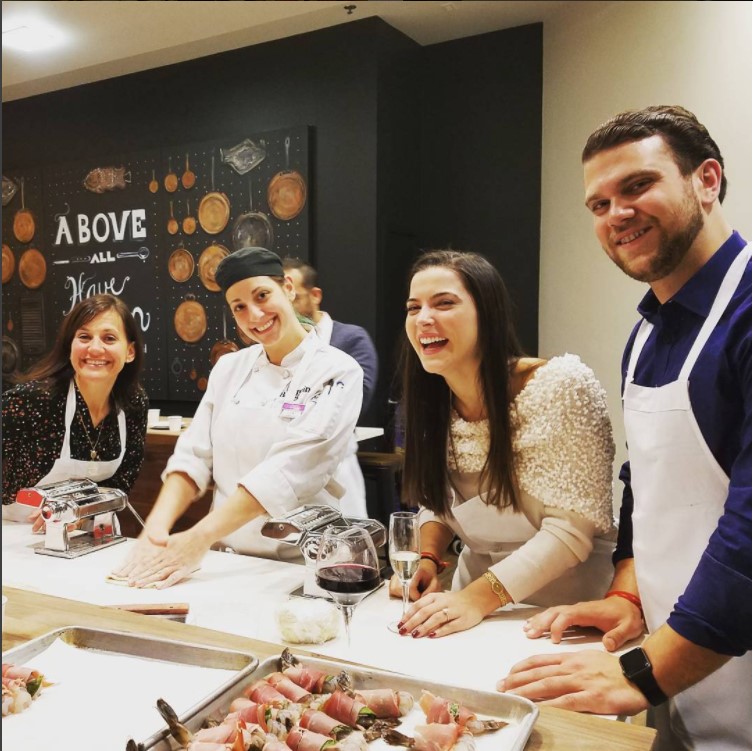 “Our chefs can be a little funny about retail sales. They say, ‘All I need is a cast iron skillet and a paring knife.’ But our customers need kitchen tools because they aren’t chefs,” says Young. “We need to coach them so that they can get the most efficient results at home from the cooking classes and tools can play an important part in that.”

In short, products help The Chopping Block’s customer bring the experience of the cooking school back home, she says.

“We sell products that improve your function in the kitchen and make the experience of cooking more enjoyable,” she adds. Aesthetics count but fads do not. “Let it be the hottest thing on the market. We aren’t going to sell it here.”

Rather, Young hopes the product will jog a memory. “When you look at that tool for the rest of your life, you’ll think of us,” she says. “Maybe it’s a pie dish, and even if you’ve never bought another product from The Chopping Block, when you see that dish at your Thanksgiving table, you’ll think of us. That makes me happy.”

For more information about the gia (IHA Global Innovation Award) program, the co-sponsors, or participating, contact Piritta Törrö. Additional information on the gia program is also available online at www.housewares.org/show/gia-retail. 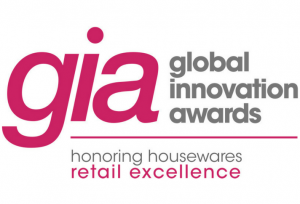