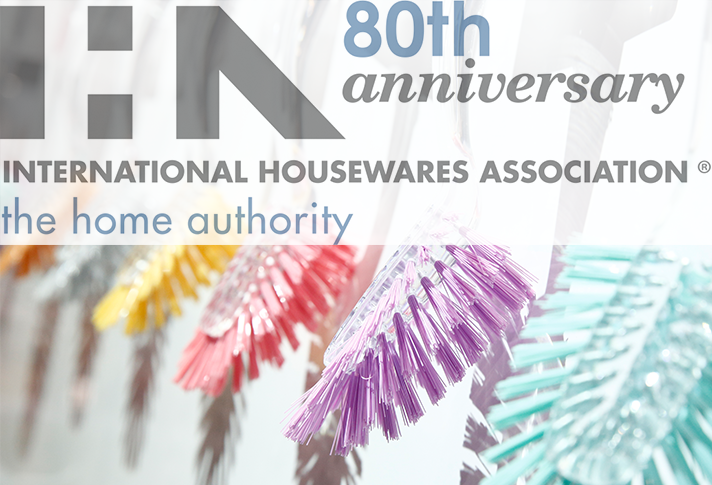 In many ways, the housewares business is in a better place than just one year ago, and housewares executives say they’re ready to capitalize not only on positive momentum in the U.S. economy but also the many investments and adjustments they made at their companies in 2017.

“There’s obviously tremendous change going on in our marketplace,” said Brett Bradshaw, president of Bradshaw International, Inc. and chairman of the International Housewares Association’s (IHA) board of directors. “It’s more important than ever to be hungry, efficient and fast in order to drive growth through share gains….and diversification is key in growing share, whether it be brands, categories or retail trade channels.”

Global housewares spending rose to $355.4 billion, an increase of 2.4 percent, in 2016 – the most recent available statistics, according to IHA’s 2017 State of the Industry Report. In the U.S. alone, housewares expenditures increased 6.0 percent to $87.1 billion.

Green Light for the Economy
While the majority of 2017 was described as “a mixed bag,” “stable” or “a year of change and adjustment” by some housewares executives, holiday sales figures indicate a brighter future. According to Mastercard SpendingPulse, 2017 holiday sales increased 4.9 percent, setting a record for dollars spent. This also represents the largest year-over-year increase since 2011.

In addition, industry leaders are looking forward to how the recent tax cuts for both corporations and individual taxpayers will affect bottom lines in 2018. “I view the tax cut as a very strong positive for all business and taxpayers,” said Chip Steidle, CEO of John Ritzenthaler Co. “It is long overdue.”

“So much of what drives the economy is psychological,” added Neal Asbury, CEO of The Legacy Companies. “To so many people, these tax cuts feel like something good is going to happen. So not only is there what these cuts will do literally, but psychologically, it’s going to feel like Americans are on the move.”

Investing in the Future
The tax cuts also mean the housewares industry will be able to continue the internal adjustments and investments in omnichannel and digital strategies many executives say characterized much of 2017. Many of those investments are due to the continued growth of e-commerce, the evolution of the retail landscape and higher consumer expectations for information, product availability and response times.

“Technology is playing an increasingly important role for both physical and digital retailers,” said Thom Nichols, president of Pretika Corporation. “Brand companies and retailers that are embracing new ways of doing business and reengineering how they connect with customers will remain a force.”

To illustrate that point, Steve Greenspon, CEO of Honey-Can-Do International LLC said his company is investing in new software and hardware to support its operations, such as tracking software, warehouse equipment and software for data analytics.

In addition, Yvette Laugier, general manager of Peugeot, said her company is investing heavily in social media. “(Social media) is our biggest focus since last year,” she said. “It’s our most cost-effective way to reach consumers, and our marketing department is spending more and more time connecting with consumers this way.”

“I believe this is the time to invest in new technology, new ways of doing business with retailers and new relationships with consumers,” said Will Symonds, president of DKB Household USA Corp. “But, the later vendors and retailers leave those investments, the further they will fall behind. And as the cost of doing business increases, some may find it impossible to catch up at all.”

Rising Costs of Business
Certainly, all this new technology costs money, especially as housewares vendors work to support both digital operations and physical store inventories. Another cost is the continued increase in raw material pricing – an expense many vendors so far have been absorbing.

There seems to be a growing sentiment that retailers will need to start adjusting as well. But there’s also some responsibility on the consumer side, according to Bill Endres, president of Select Brands. “While we are seeing an increase in basic materials, it is important for our customers to understand that with a better economy, costs are most likely going to increase,” he said. “We must continue to look for efficiencies to hold costs in check if possible, but we also must recognize we can only push this so far without affecting product quality.”

Among the other rising costs housewares executives are watching are wages and benefits in a tight labor market, and for those directly involved with the manufacturing process: more production-related technology and the need for even more highly skilled labor.

What to Watch in 2018
Looking ahead to 2018, many housewares executives predict continued merger and acquisition on the vendor side and dramatic changes in the world of retail.

While many expect more retail store closings in the coming year, they were quick to emphasize that doesn’t mean the demise of bricks-and-mortar as a whole. “Retail is not dead,” emphasized Stoll. “There’s a tremendous amount of product still sold in retail. But there will be winners and losers (as retailers adopt to the changing consumer landscape).”

“We’re very respectful that bricks and mortar stores are trying to figure things out (in a rapidly changing marketplace),” said Asbury. “Five years from now, we won’t recognize them. And that means housewares manufacturers have to change too. We’ll be right there with them figuring it all out.”

Products from these executives’ companies and more than 2,100 other exhibitors will be on display at the 2018 International Home + Housewares Show March 10-13 at Chicago’s McCormick Place Complex. For more information or to register for a Show badge visit our website.