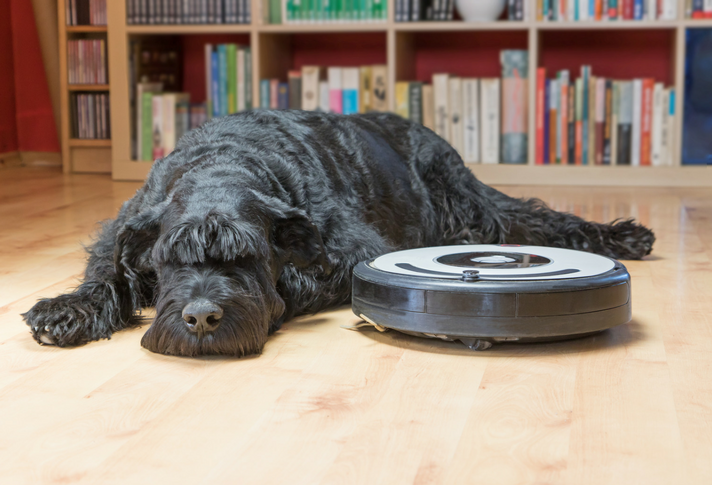 In 2002 when they hit the scene, robot vacuums were the stuff of curiosity and silly videos of cats who climb on them and sail around the house. They’re not the stuff of viral videos anymore: With major technological advancements, boosted power and prices falling, robot vacuum cleaners are becoming a mainstay in American homes. A recent study, in fact, shows that one-in-five household vacuums is robotic. How these whirring disks work, and how effective they are, is a topic that increasingly interests consumers as they decide if a robot vacuum is right for them.

All robot vacuums use either sensors or a combo of sensors and cameras to “map” your floor. Cheaper, camera-free models move in mostly random patterns, bouncing off walls and spiraling across the landscape. Camera-bearing models are pricier, but they make cleaning faster and more thorough by assessing your room, then figuring out exactly where to go. Many can be programmed to run regularly at the time you prefer, and some come with Wi-Fi so they can be programmed from afar. A “dirt sensor” in certain models electronically locates areas that need repeated sweeps (so it won’t ignore a pile of Cheerios underneath the high chair). Many robot vacuums can locate the edge of your steps and stop before sailing over, and will slow down and pivot before they plow into a table leg or cabinet. Better quality vacs can even tell when they’re finishing one room and starting another, so a room isn’t left half-finished. 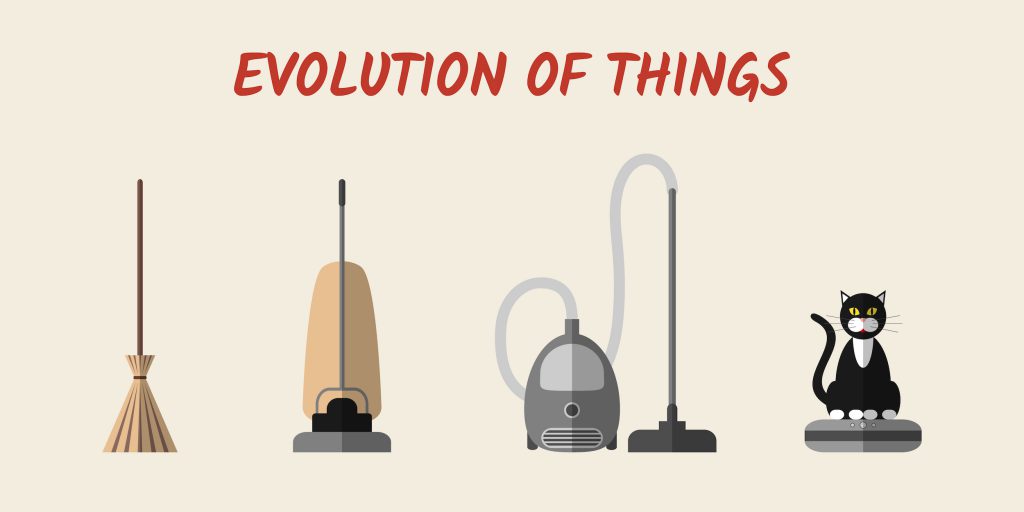 But do they clean well?

Robot vacuums tend to be stronger and more thorough than many firsttime users expect, partly because they spend more time vacuuming than a human would. They pick up dust and pet hair with ease, and they’re a godsend for asthma and allergy sufferers who find that vacuuming kicks up allergens in the home, making it hard to breathe. Plus, they’re ideal for those who can’t physically handle a heavy vacuum. More expensive models tend to have greater suction power, better brushes (which means they’ll get into corners more thoroughly), and the ability to ride over the edges of rugs or avoid cables without getting stuck. They also have larger dustbins, so users don’t spend too much time emptying the units, and their batteries hold a charge longer. Many can even dock themselves to charge when they detect their batteries running down. A vacuum that knows when to call it quits means you won’t find it konked out in the middle of your living room.

As of now, robot vacuums can’t move your sofa to clean below it (though if it’s low enough, it will scoot right under!), or remove clutter from your floor before starting—that’s still work for the consumer. In the future, a robot vacuum might know the difference between a chair leg and a fancy ceramic vase—it would dust one and gingerly dodge the other. Through machine learning, it might also adapt to clean your high-traffic, dirt-intensive areas more intensely, without you having to tell it to do so. Finally, voice control is a natural extension, where telling your vacuum when to enter a room to clean it up becomes an option. More sensors, more cameras and more artificial intelligence will make these cleaners more powerful and smarter than ever…at some point we might all just let the robots take over the arduous chore of sweeping up. 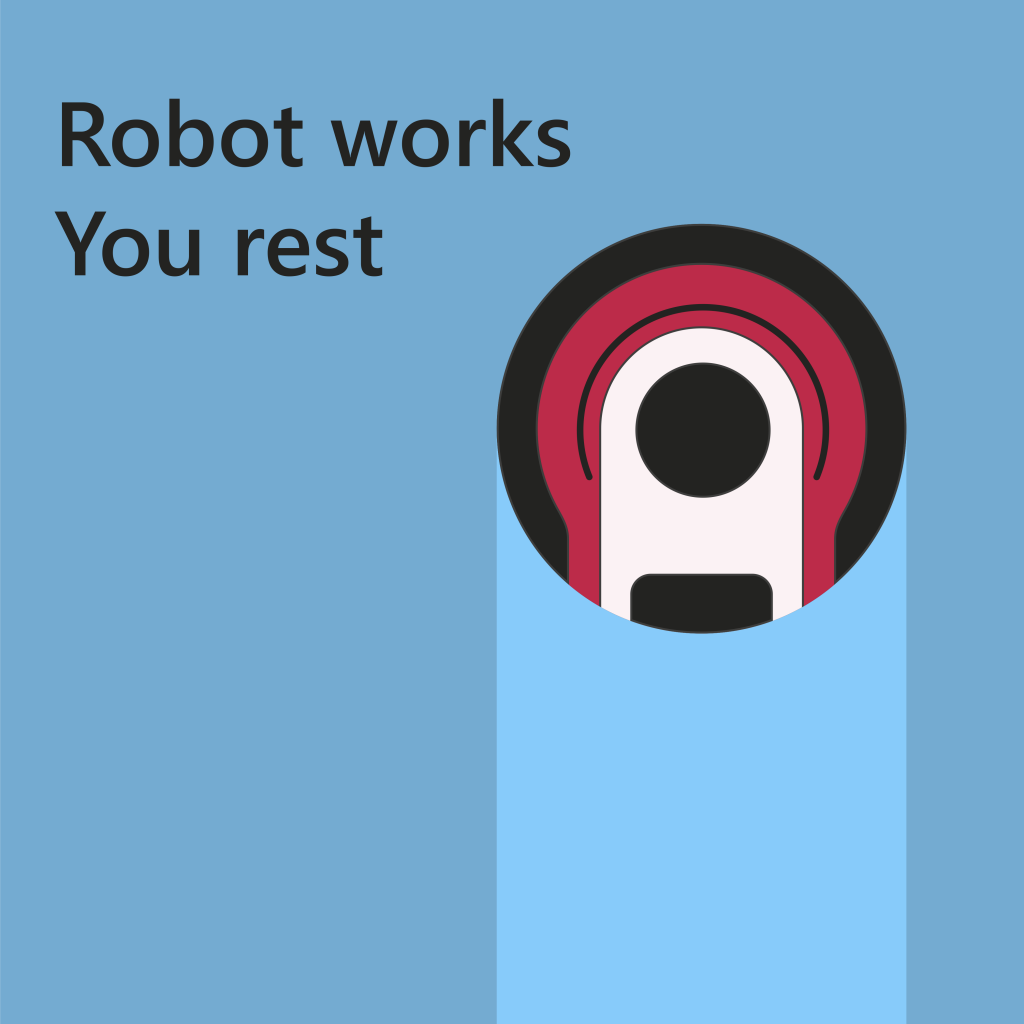 Though consumers are warming to the idea of robot vacuums (annual sales are forecast to rise from $1.5 billion in 2016 to $2.5 billion by the end of 2021, according to research by Future Market Insights), there are some concerns. The issue of privacy is one that needs to be addressed, as consumers are increasingly worried that their home is being “mapped” by robot vacuums and that data is being shared with other companies. Imagine if your vacuum was sharing square footage, the relative of your children, presence of pets and even the brands it detects in your home…it would be a windfall for marketers. As consumers get savvier about exactly what these devices are “seeing,” earning their trust will be the key to getting them to bring a device home.

Another concern is the current limitations that a robot vacuum is burdened with. Namely, that it can’t really do all the vacuuming in the house. If you have a sunken living room, a step up to your kitchen or a flight of stairs, you’ll be faced with the reality that your robot vacuum can be a help to you but can’t replace your need to vacuum entirely. Many robot vacuums come with sensors so that they don’t tumble downstairs while cleaning upper floors, but you’ll still have to carry your device from floor to floor if you want it to clean the whole house.

Robot vacuums are a marvel and promise to help you clean your home without having to lift a finger. Yet, as with any new technology, concerns persist and price is always a factor. Education, positive testimonials and radical transparency with consumers about how their home data will be used, are just some of the ways manufacturers can build trust and boost the popularity of these smart appliances. Their agency and AI is improving year after year, and in the near future, they’ll likely be as powerful as your upright and as thorough as you are at cleaning every corner of your home.

Plus, they’ll still be endlessly amusing to your cats.