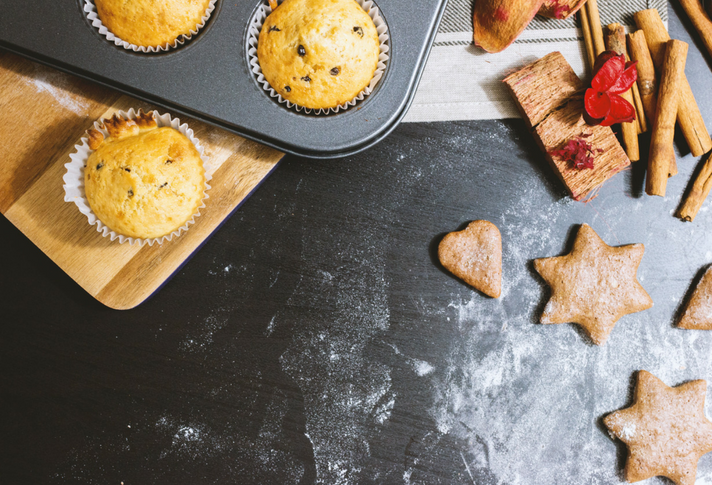 The store’s motto is “Shaped by Hands, Powered by Heart” with a company mission to “inspire connections and community by spreading the joy of cooking.” Another motto could well be “All in the Family.” Kitchen Kneads is celebrating its 45th year in business this year, run by owners Bruce and Carla Crane and their seven children.

The store is one of Utah’s premier baking resources, a source for the highest quality flours, nuts and grains as well as an extensive array of kitchenware, running the gamut from small electrics like flour mills, dehydrators and mixers to bakeware and kitchen tools. Besides the brick-and-mortar store in downtown Ogden, Kitchen Kneads has an extensive online presence.

But true to their family style, the Cranes started up the store at home, opening first in their living room in 1973, selling wheat grinders and Bosch kitchen electrics.

Ogden, the first settlement in Utah (the city’s motto is “Still Untamed”), is now the gateway to the Snowbasin and Powder Mountain ski resorts, and boasts hundreds of locally-owned restaurants, bars and retailers along with a healthy median income. And with a large Mormon population, baking is part of the town’s culture, Bruce Crane says, adding that doesn’t mean buying flour at a grocery store: it means buying grains and grinding your own.

With such a customer base, the couple soon expanded the store’s product assortment.

Adding product meant Kitchen Kneads also outgrew the family home so the store was moved into a 550-sq. ft. space and also starting up baking classes, which Crane says, “helped demonstrate how to use the kitchen tools and brought in customers who wanted to learn how to bake great bread.”

Classes proved so popular that the store moved again to a 3,000-sq. ft. space in 1978. And 11 years later, moved to its current 7,600 sq. ft. space on Grant Avenue. Product assortment continued to expand as did cooking and baking classes; now the store boasts a myriad of food and kitchenware products.

As product assortment expanded and the store size grew, conveniently for store staffing, Crane’s seven children also grew up. Now all of them play some role at Kitchen Kneads: In age order, Alan handles sales and small appliance repair; Cindy is in sales and a class instructor, along with her husband Brian who is also the store’s internet specialist; Nikki handles janitorial duties; Gina is the general manager and handles accounts; Tenill is in charge of payroll; Kaeli is the store’s buyer; and Tylan is the nut roaster.

And they also love to bake together. This family has no fear of carbs.

“They each have their own specialty,” Crane says. “My oldest son, Alan, comes in and teaches classes on making Italian bread and he has some awesome recipes, and our youngest, Tylan, makes an absolutely gorgeous kamut bread.”

Family get togethers often center around baking. For example, Crane was planning a get together with one daughter to tweak her gold star whole wheat bread recipe to one using kamut and spelt that would taste just as good as the original. And, he admits, that daughter Kaeli’s brownie recipe is now officially better than his own.

The secret to baking good bread? High quality flours and grains, Crane says. “The thing we pride ourselves on over the years is the quality of the products we sell. Poor quality, poor results, good quality, good results. You will never get the quality for paying a cheap price.”

While Crane says family get togethers at home are “awesome,” during the work week the kids are focused on the store. Recipes that pass the family taste test are then passed on to customers in baking classes.

“In the business, the family interaction is more about cooperation, how do we work together to make this better,” he says. Which begs the question, will Kitchen Kneads keep going for another 45 years?