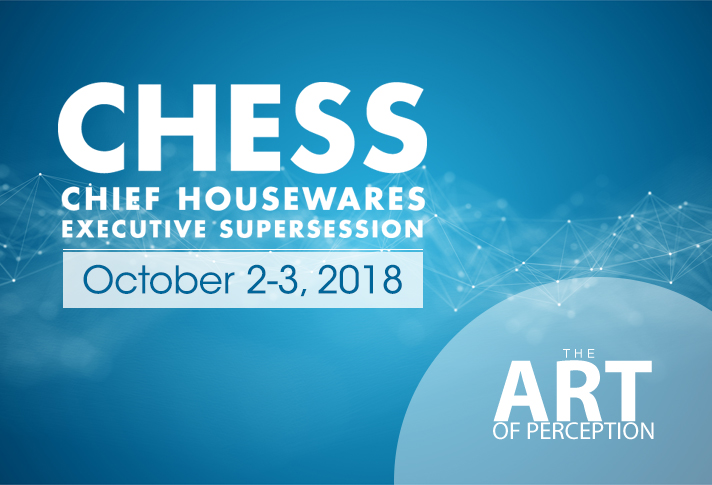 In what is likely to be the most eye-opening presentation at CHESS, art historian (and former lawyer) Amy E. Herman will train us in new ways to see. Herman applies techniques for analyzing painting, sculpture and photography to real-world needs for acute perception, objective observation and precise communication. Herman’s clients include first responders, military personnel, Fortune 500 business leaders, counter-terrorism intelligence and security agents. Her sessions awaken the senses, engaging participants to see, hear and smell clues that can solve crimes, prepare for dangers and propel innovation. She trains people to recognize and act on the smallest things. Seeing what matters can change lives.

Just as a walk around the block after intense work clears the mind, Herman’s presentation, on the first morning of the CHESS conference, will be a contrast to the data-driven business issues addressed in other sessions. She often tells clients, “Give your left brain a rest, and engage your right brain. Then when you return to working on your everyday issues, things will be much more clear.”

About one-third of her client sessions occur in museums around the world; she customizes visual presentations in other settings. A typical training program takes three hours; preparing Navy Seals to enter battle zones in the Middle East required six hours per person.

Herman trains people in “the four As”: how to

She urges medical professionals and business people to “look beyond the list” of benchmarks or requirements that might inhibit a complete and accurate analysis. She encourages viewers to shift their perspective and guides people to scrutinize details of an unfamiliar scene, formulate questions about seeming inconsistences and accurately convey observations. Experienced observers notice patterns and what is unusual, such as a fan operating in a laboratory or a person leaving a building wearing cargo pants inside out—both clues that solved murders.

We are all distracted by visual and aural noise in our environments; our phone screens tug at us for constant response. In the blur of the commonplace, we must disconnect and notice things and people in front of us. We miss what’s in plain sight when our habits and overstimulation cause us to move through the world on autopilot. In her research with neuroscientists, Herman learned that the retina is part of the brain. The brain delegates attention. With too many distractions in our lives, we need to turn off our phones and just look at what’s going on around us.

Herman recalls how she “came within a hair of tuning out the world and almost missed meeting the person who changed my life.” Now, she says, “I don’t make a move without her.” In 2012, tired after a five-day business trip and concerned about her house possibly damaged by Hurricane Sandy, Herman found herself sitting beside a chatty passenger on the plane trip home to New York. Although she had planned to plug in her earbuds and fall asleep, she conversed with her seat mate instead. This unexpected acquaintance became her agent and convinced Herman to write her first book, Visual Intelligence (published by Houghton Mifflin in 2016), guided her in writing her second book (coming soon) and sold her concept to 20th Century Fox for a TV series to be produced on a cable channel.

Herman also notes that in our Instagram and Twitter environment of instant gratification and commentary, “We can’t take back words and pictures. We must think about how we process information. The consequences of bad communication can be dire, and we can use art as a guide to be more effective communicators in difficult situations.”

Herman is in such demand around the U.S. and in other countries, she will appear at CHESS while also preparing for her presentation for the TED conference in Toronto the same week. Amy Herman left the practice of law because she felt she “was not contributing to the greater good.” By teaching the Art of Perception, she hopes that “if one person changes the way she or he thinks, communicates, or behaves, I’ve done my job.”

Be sure to attend her CHESS presentation, scheduled for:

Don’t miss the chance to learn from Amy Herman and the nine other stimulating sessions at IHA’s CHESS conference, October 2-3, 2018 at the Hilton Rosemont/Chicago O’Hare. Benefit from education, strategic insights and executive networking at the Adapting in the Face of Change senior-level conference for industry leaders. Register today!