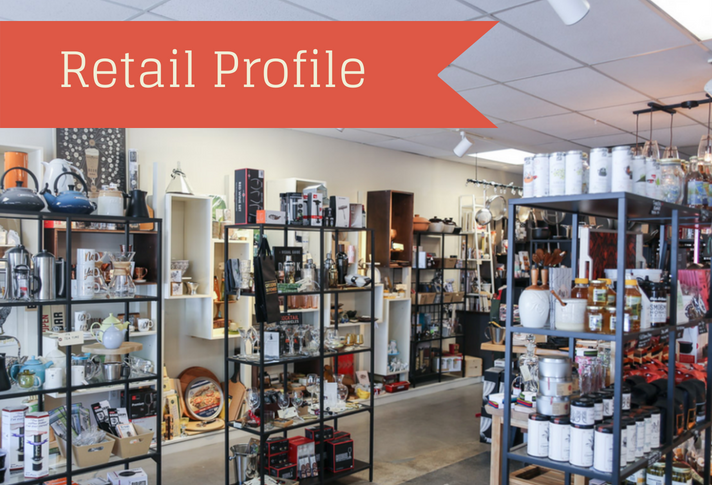 Stock is the hottest kitchenware/gift store in what has arguably become America’s hippest city. Providence, R.I., long sitting in the shadows of Boston, has been named “America’s favorite city” by Travel + Leisure Magazine and “the coolest city in the country” by GQ.

With her housewares store sitting squarely on Hope Street in Providence’s East Side, Jan Faust Dane agrees with those assessments with the zeal of an evangelist. “I am in the pulpit every day telling everyone how great this city is,” says Dane. “For people just seeing Providence for the first time, this place is amazing.” 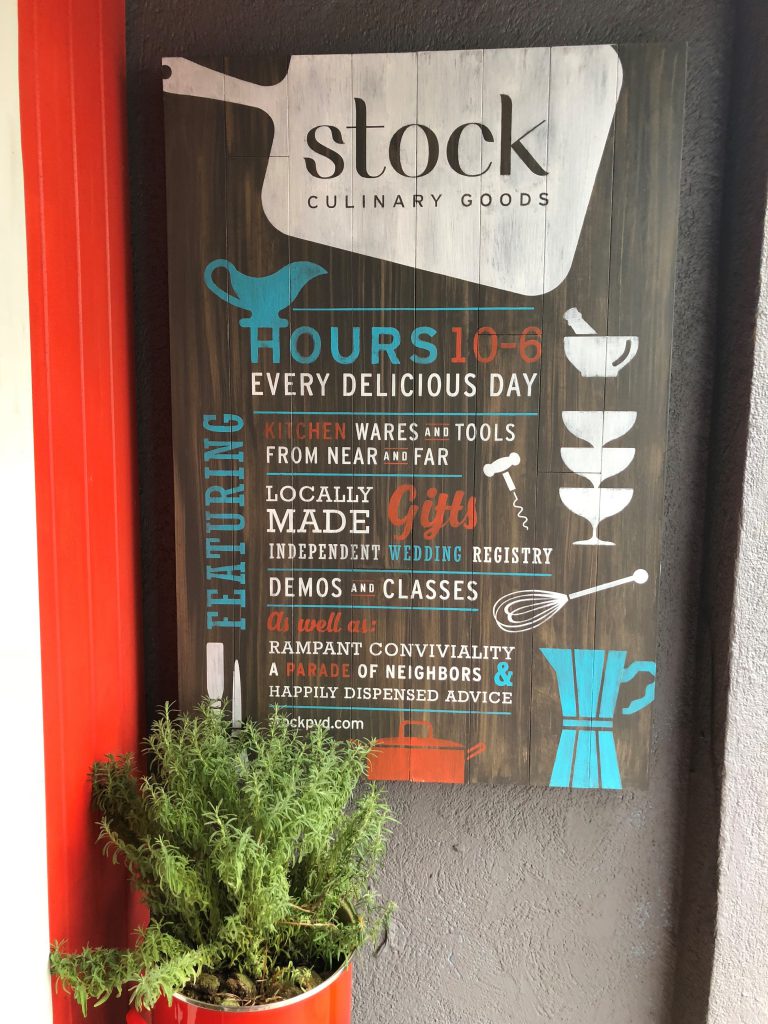 Climbing back from its reputation for organized crime and general seediness, Providence is now going through a gentrification boom with new boutique hotels replacing SROs, elegant old banks being turned into restaurants and even micro-lofts being built in former warehouses.

“We always knew the potential,” says Dane, a Providence resident for the past 20 years. “The art scene is vibrant, the architecture is wonderful. Now it has blown up. We have arrived.”

The Rhode Island School of Design and Brown University fill the city full of students. Johnson & Wales fills Providence full of student chefs and Stock caters to all with a product assortment that Dane describes as “all loose-goosey except our one founding principal is that it has to relate to food.”

That could mean everything from cards for foodies (made by Dane’s neighbors), to tabletop (including antique glassware) to kitchen tools and cookware, and a wide selection of the knives Stock’s chef customers demand. A small refrigeration unit allows the store to sell perishable food products, like vegan ricotta cheese, although the majority of food sold at the store is non-perishable. Locally sourced nitro-brewed coffee and local micro-brewed Kombucha are on tap for thirsty customers. 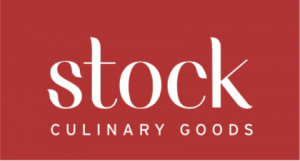 “We are an incubator,” says Dane. “We try to bring in at least two startups a week. We hosted PVDonuts before they had a store.” (PV, billed as Rhode Island’s “first specialty donut shop,” is the home of the Thanksgiving donut, one topped with cranberry glaze, fried chicken, mashed potato, stuffing and gravy.) 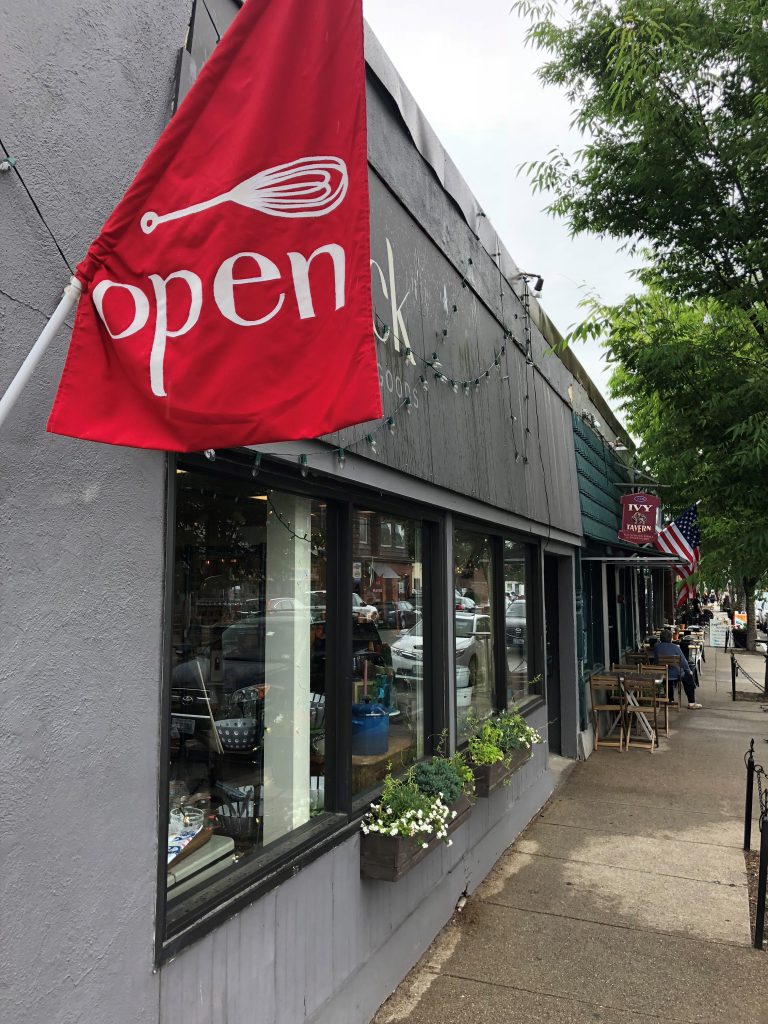 Despite carrying such high-end kitchenware brands as Vitamix, Mauviel, Wusthof, All-Clad and many of the other usual suspects, Dane refers to Stock as a “neighborhood cooking store, not a boutique store. We try not to use the word gourmet.” Her goal is to “have something for everyone.” And her customer mix is eclectic, ranging from James Beard-nominated chefs to teenagers inspired by the Great British Bake-Off television competition, who have flocked to the store’s supply of bakeware.

“We have a strong teenage customer base who bake a lot and come in for things like frosting tips,” she says. “We aren’t a restaurant supply house so chefs don’t get their aluminum pans here, but they come in to get their high-end knives. Then, of course, there are the regular neighborhood folks who need a new whisk or who want to get a gift or pick up some spices.

“Gift is a big, big part of what we do here,” she says, noting the store’s wedding registry. “I think this is a great one-stop shop for gifts, if you have a foodie friend getting married. We do a lot of gifts.”

Key to that gift assortment is a line-up of products made by local Rhode Island artisans: a ceramicist from Barrington, a woodworker from Providence, a copper pot maker from East Greenwich and others making products Dane describes as “small batch and high quality with unique stories.” (For a list of some of the local artisans, see image below.) 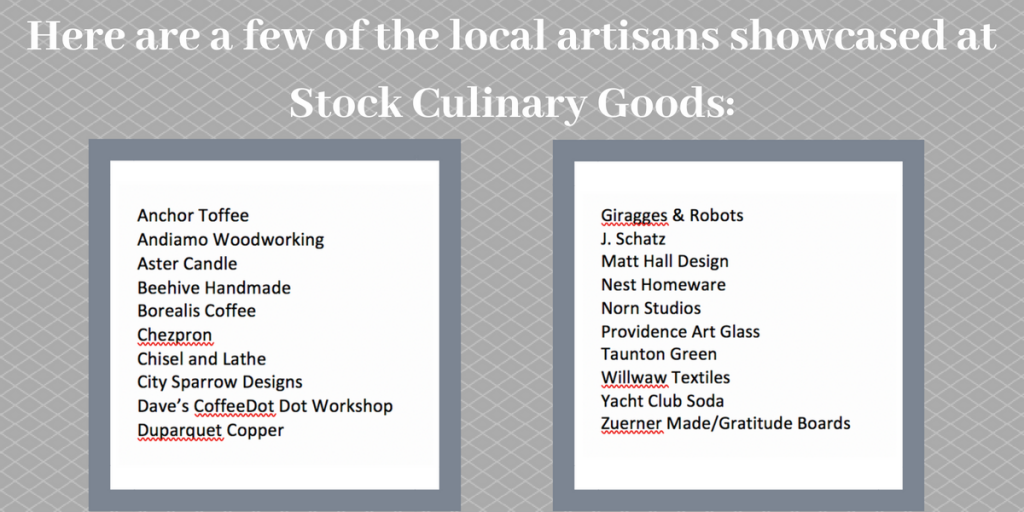 Dane, a former guidebook writer as well as a forager for a Relais and Chauteaux hotel, (as well as a “longtime eater and food enthusiast”) says she is “really foraging as a buyer” when she seeks out locally-made products. “I go to the New England Made Show and the Rhode Island School of Design Fair, but I’ve lived here for 20 years and we’ve gained a reputation, so we have a lot of walk-in artisans now. We are lucky with the range we have in our little state.”

“Everybody knows everybody,” says Dane. “It is a social club in here every day. You can’t be in my store more than a couple of hours before there is cross talk between customers. Our artisan providers are all known by the restaurant guys. It is the coolest community in the entire world.”