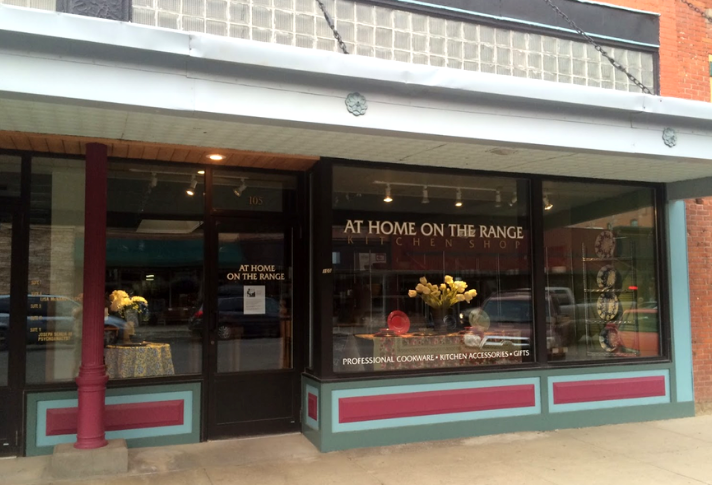 Jennifer Flight was a master’s candidate in geology in Bozeman, Mont., when she first discovered At Home On The Range, a kitchenware store 25 miles away in Livingston. “A friend told me that we had to go to this kitchenware store,” Flight says.

Despite the long drive, she became a regular during her student years. She continued to shop at the store during her visits back to Montana during the 12 years she worked as a petroleum geologist in Anchorage, Alaska.

“When you live in Anchorage, you vacation in Montana,” Flight jokes. Over 17 years she became hooked and bought a second home in Livingston. And then, during a visit to Montana in August 2016, Flight made another decision.

“I went into At Home On The Range for a potholder, and ended up buying the store,” she says. It was a time of uncertainty in the oil industry, Flight notes. “I thought if I get laid off and I never buy this store, I will never forgive myself.”

She became the store’s third owner; Flight says the store’s founder was Bill Campbell, president of RSVP International, and she now runs the store with the help of two employees.

Livingston, a storied frontier town on the Yellowstone River, has the look of a Hollywood Western set. Calamity Jane lived there for nearly two decades. At Home On The Range, built in 1900, is on the main drag with original tin ceilings set 16 feet high. Thanks to nearby Yellowstone National Park, Flight can count on a wide range of shoppers.

“We run the gamut,” she says of her customer base. “We are a foodie town and some of our customers are the local restaurateurs who have run out of something and need it quick. We also have the locals, of course, who appreciate the foodie scene and keep us going all winter.”

Flight counts second-home owners and vacationers among that foodie scene and keeps her scientist’s lab coat on when taking stock of which products work best for her clients. “This is a small store, so it needs a really curated selection of products,” she says. “Everything has been analyzed and cross referenced to make sure it fits.” 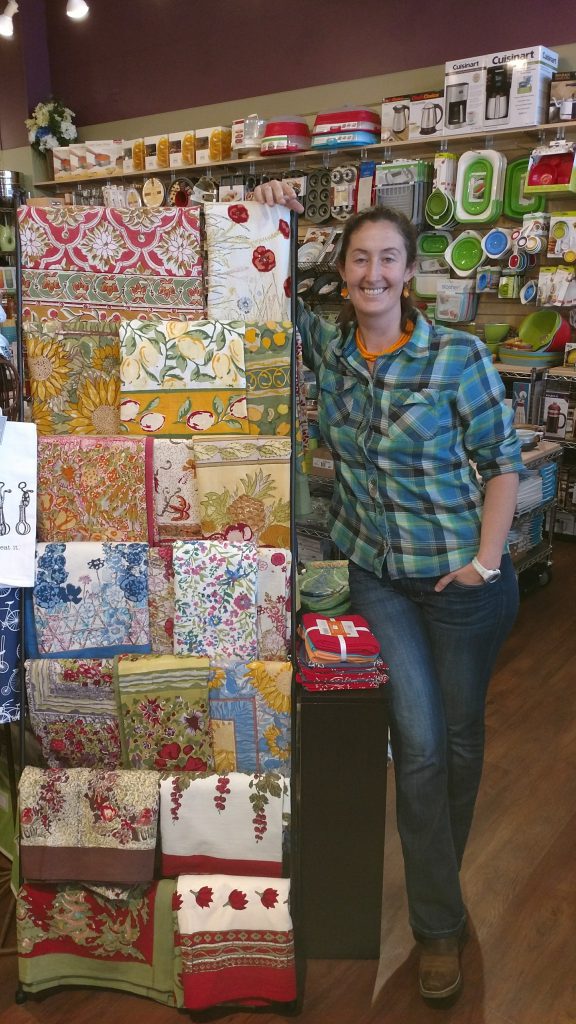 For instance, she now stocks hundreds of tablecloths though she says the textile assortment “was the first thing that was going to go” when she bought the store. “And then I realized how much second-home people love entertaining. Boy, was I wrong on that.”

Second-home owners also love to buy locally-made products and have snapped up the Montana Block Cutting board line, among other Montana-made products. And the store’s location near Yellowstone, America’s first national park, brings in people traveling through town.

“We have quite a few tourists who come in who are traveling in RVs,” Flight notes. “They need collapsible products suitable for small space cooking and camp style cooking.”

This caught her by surprise initially. “My first year in I did not realize how many requests we would get from the RV folks, but I made sure to be fully stocked the second year.”

Even though the winter months are the toughest when it comes to bringing in tourist trade, people still come through on their way to the destination resort Chico Hot Springs, 25 miles south of town. “The hot springs bring in weekenders to do their soak,” Flight says. Art walks held every fourth Friday (there are some 14 art galleries in town) also drive traffic, again for the products made by local artisans.

And Flight’s science training brings in customers. Being in the mountains presents cooking challenges. “They know that they can come to me when they have trouble baking cakes or boiling water,” Flight says. “We are at a high elevation. I can explain what is happening and walk them through the steps they need to fix those problems.”

Call it “science meets customer service.” “What people appreciate about this store is that they can come in for advice,” Flight says. “We may not get sales that same day, but those customers will be back.”