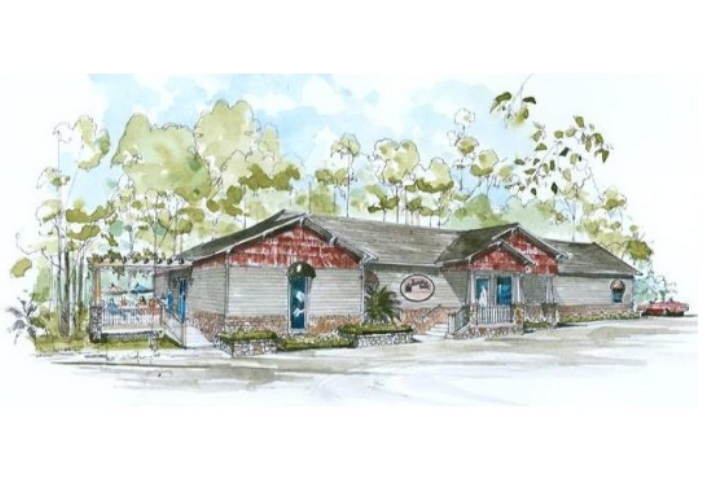 When Hurricane Michael tore up Panama City, Fla., packing winds of 155 miles per hour this past October, Hannalore Holland dug into her supply of perishables and fed the first responders.

Holland, whose store Somethin’s Cookin’ encompasses a cooking school, cafe and catering business as well as a full line of gourmet products and kitchenware, says she knew “the perishables were going to go bad anyway” given the loss of power from the Category 4 hurricane. But in reality, feeding people and teaching them how to feed themselves is what she does, all day every day.

It just so happened this time was during a major disaster that Panama City has yet to recover from.

From the store’s cafe called Bistro Gardens, to the cooking classes, the catering menu, gift baskets and what Holland calls the Gourmet to Go menu (upscale meals prepared for one or family size that are picked up and served at home), Holland and her team of chefs are always cooking. Even during the hurricane.

“We are fortunate to have gas,” says Holland, who tried to talk a catering client out of a big beach party when she first heard about the approaching storm. But to no avail. The client, a homeowners’ association, insisted on having the party, which was scheduled for two days after the storm was forecast to hit land on Oct. 10.

“I called them on the 9th and encouraged them to cancel,” she says. “They did not cancel. I needed to marinate foods to be cooked on Wednesday, the day of hurricane, and thanks to my gas stove and generator I cooked Thursday, the day after the storm because they were picking it up Friday.”

It turned out the client couldn’t make it because of the storm damage, said Holland, who was without phone service at home and at the store, so getting in touch with the customer was tricky. “I had to use an employee’s phone to call the client,” she said. “They told me to give the food to the first responders. I also gave the responders the bread from my freezer because I knew it was perishable.”

The first responders dined on “seafood, pork tenderloin, Hawaiian chicken and Lynchburg muffins,” according to a write up in the local Panama City News Herald, which sent a reporter to cover the story of Holland’s perseverance in the face of the storm.

Still, Holland lost a huge amount of merchandise, including all of the perishables not given away, cheeses, pates, pre-made dinners-to-go and more. While she says Florida residents are required to have wind Insurance, there is still an $11,000 deductible to deal with. She was able to keep the store open on a casual basis during October, selling things that were non-perishable, such as spices and other gourmet products so people were able to come in and shop.  She cooked soup on her gas stove and made bread and served lunches.

“It was amazing I tell you, I don’t know how I did it,” Holland says. 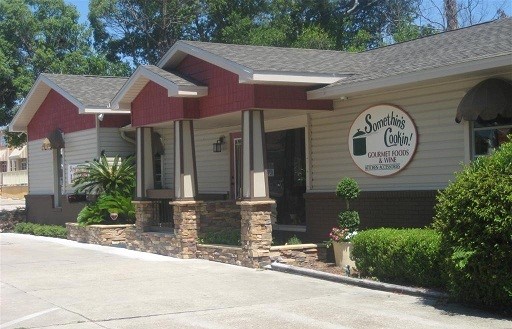 The store officially opened on Nov. 1 when electricity was restored, but until then “I was open for little things. And people needed bread, which I could make because of the gas ovens and a small generator which powered a small freezer and one refrigerator,” Holland said.

In early December Holland still had no internet or phone service except for her cell phone, the service of which had just been restored. She was repairing damage to the store’s roof and trying to work with vendors to restock merchandise for the Christmas season. “I have to reach out to them, they can’t reach me,” she says.

That means restocking imported cheeses, a myriad of gourmet food items as well as kitchenware and Vietri tabletop, a store specialty. All without a working store phone.

She has restarted cooking classes but has no way to advertise them. “I have one tomorrow,” Holland said during an interview. “Our regular customers come in to check to see when the next one is, because I am hard to reach.”

Her cooking classes usually stop for the season in mid-December anyway “because we get busy with shoppers. Hopefully this year as well,” she adds.

Then there are other hurdles that most stores don’t have to deal with in the all-important fourth quarter. “We don’t have internet, the store phone doesn’t work—I just had that number forwarded to my cell phone—and our credit card machine doesn’t work,” Holland says. “We tell them cash or check.”

She has been in business a long time and isn’t concerned about bounced checks. “We know our customers.”

Holland’s customers continued to shop at the store all through October, looking for little things like Pakka wood spatulas just to get out, she said. They appreciated that the store remained open during a trying time for the entire city, and that Holland kept up appearances by serving lunches of lentil soup and fresh bread.

“I got a sweet note from a customer,” Holland said. “She wrote that it felt like walking in here there was no hurricane. We had tablecloths, table settings, fresh flowers on the tables. She wrote that the store ‘Made it feel safe, then you would walk outside and the reality set in.’”

Holland says at this point her store is “pretty much back.” She notes Panama City is also coming back from the devastation. “It is a great community and we are getting stronger every day.”