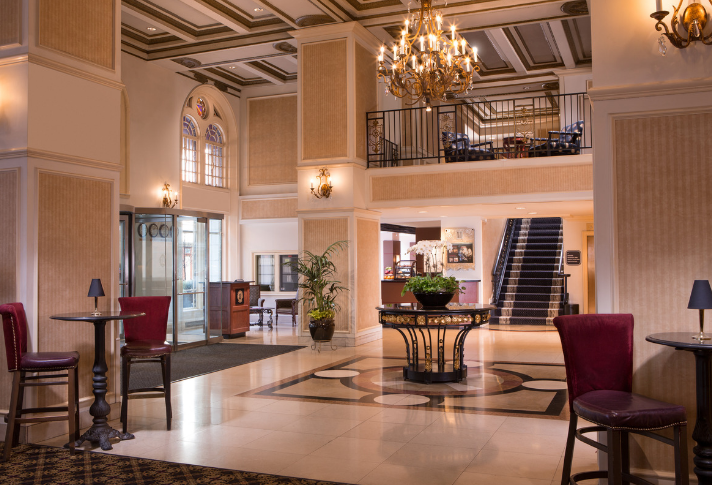 Book now and enjoy these incentives:

The 4-Star Millennium Knickerbocker Hotel Chicago offers an ideal base for you to explore the many sides of the city. Whether it be a short walk to the famed Magnificent Mile or the nearby Museum of Contemporary Art, which offers year-round exhibitions, performances and events, experience the countless opportunities to shop, dine, drink and appreciate some of the city’s most iconic landmarks.

Rest and recharge in your room during the International Home + Housewares Show. A worthy destination in its own right, our historic hotel opened its doors to excited Chicagoans on May 16, 1927, after notable architects Rissman and Hirschfield built the 14-story, gothic-inspired gem in less than one year. Later, Al Capone’s brother ran a casino on the Penthouse floor, and in the ’70s, it had a brief stint as the Playboy Towers. Throughout the years, we’ve housed such luminaries as John F. Kennedy, Richard Nixon and the Rolling Stones.

The Georgian-style Crystal Ballroom, with an expansive 25-foot, gilded dome ceiling and graceful balcony, has served as the setting for some of Chicago’s most prominent gatherings, conventions, business meetings and extravagant galas. During the early years of the hotel, guests could watch the famous dance act of Veloz and Yolanda twirl about the illuminated glass dance floor, casting a brilliant spectrum of colors. Now recreated in modern plexiglass, the illuminated floor – the only one of its kind in a Chicago hotel – still dazzles guests after all these years.

Explore the Millennium Knickerbocker Hotel Chicago through the snapshots below: