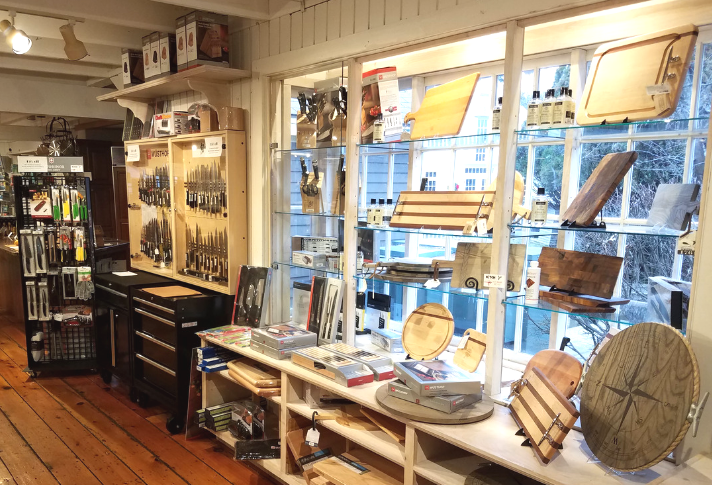 Independent gourmet retailers opening a store or getting through their first full 12 months of business in 2018 benefitted from a relatively upbeat economy (albeit a tight labor market), but still faced the ins and outs of product assortment, merchandising and marketing that vex all new stores.

How did they fare? We talked with three retailers about the joys and challenges of opening this past year.

Local products, revamped layouts and new merchandising plans are just some of the tactics new retailers are using to stand out in their markets. All three are also members of buying groups, including Gourmet Catalog and H.T.I., one of the first decisions the retailers say they made.

For Cat Fisher, taking over Kitchen a la Mode in South Orange, N.J., was a bit of a no brainer. Fisher ran a clothing store in the community for years and knew former owner Ben Salmon. She’s also a resident and says Kitchen a la Mode is “the only kitchenware store in town and we didn’t want to lose it.”

Still, her retail experience has been primarily in homegoods and clothing, and Fisher says her first big challenge was coming up to speed on cooking. “I mean I cook at home,” she says, “but the biggest challenge was not having the cooking experience that Ben brought to the table. This is a whole new level of cooking.”

Which brings her top tip for new retailers: Hang on to any well-trained staff members when taking over the reins of a business.

“Keeping the team is important,” Fisher says. “I have a couple of women that stayed on board: Kathleen Gage, who is a baking expert, and Evie Crawford, our cutlery expert. If they weren’t staying, there is no way I could have done this.”

H.T.I. president KC Lapiana says that staffing is something to have well in hand before opening the doors for the first time. “Make sure to have a complete set of Policy and Procedures available at the start and then train staff continuously,” she says.

First on the agenda, says Price, was the name change to Kitch. The move helped set the tone that the store was under new ownership. “We didn’t want to become The Grey Goose Lite,” he said.

Like Fisher’s Kitchen a la Mode in South Orange, Kitch is also the only kitchenware shop in the community of Mystic, CT. Despite being well known by customers, neither store stuck with tradition in the transition: both management teams are giving their stores a new look.

Price says the Kitch team has revamped the store’s interior, as well as its product lineup, by opening up the space and cutting back on overly assorted product lines.

Fisher, too, says she is looking at streamlining the Kitchen a la Mode store interior, as well as its product assortment. Both retailers are grappling with the same issue: “The challenge with a kitchen store is that there is so much product out there,” Price says.

One approach is to “opt for a good, better, best assortment,” he says, adding that means culling the product herd. “You can only have so many garlic peelers. The right product mix is the biggest challenge,” he explains. “We had to consider questions like, ‘This used to take nine months to sell’ or ‘This product brings us a 50-cent profit margin. Do we need to continue to sell it?’” 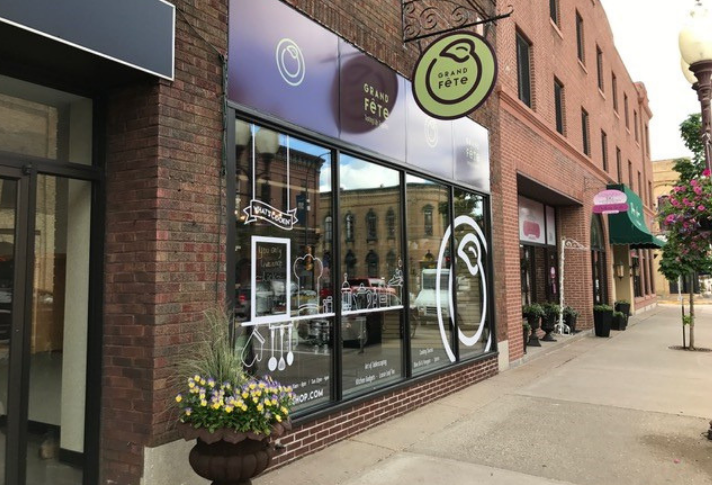 By opening a new store in Hudson, Wis., called Grand Fête, Kay Timm and her partners, Jane Wegand and Lynn Ulrich, avoided facing customers yearning for the way the store used to be, but they still had to tackle product assortment. And finding the right mix of product is also a challenge for the trio, even though two of them are tabletop veterans having held jobs with Lenox, Zwilling J.A. Henckels and Dansk.

Timm says she wants to use creative product assortment to help the customer have an experience at the store, adding that the experience a specialty store offers consumers is a key competitive advantage when going against big box stores and online retailers.

Grand Fête, (which roughly translates to “throw a celebration”) pitches the concept of entertaining to customers with a well-edited tabletop assortment as well as a demo kitchen where cooking classes are held.

“We create interest and knowledge for our customers with the goal to translate that into sales,” Timm says. “Product knowledge, demonstrations and in-house events like knife sharpening are all things that make small retailers stand apart from the mass- and online retailers.”

“You need to give customers a reason to come into the store,” agrees Fisher. “I am a big believer in offering experience-based shopping like coffee tastings, trunk shows and knife sharpening.”

That sort of bonding with customers and becoming an educational resource for them is important, says Lapiana. “Learn who your customer is and listen to them. They will tell you exactly what your store should be,” she says. And keep at it. “Stores will grow from one to five years and at 5 years they are considered a mature store,” she explains.

One element all three retailers say is important to their store’s customer experience is offering a selection of locally-made or American-made products, ranging from woodenware to food items. Customers snap-up the local concept at Kitch in Mystic, especially during the summer months when tourists arrive at Olde Mistick Village by the busload (Kitch is in the middle of the Village). 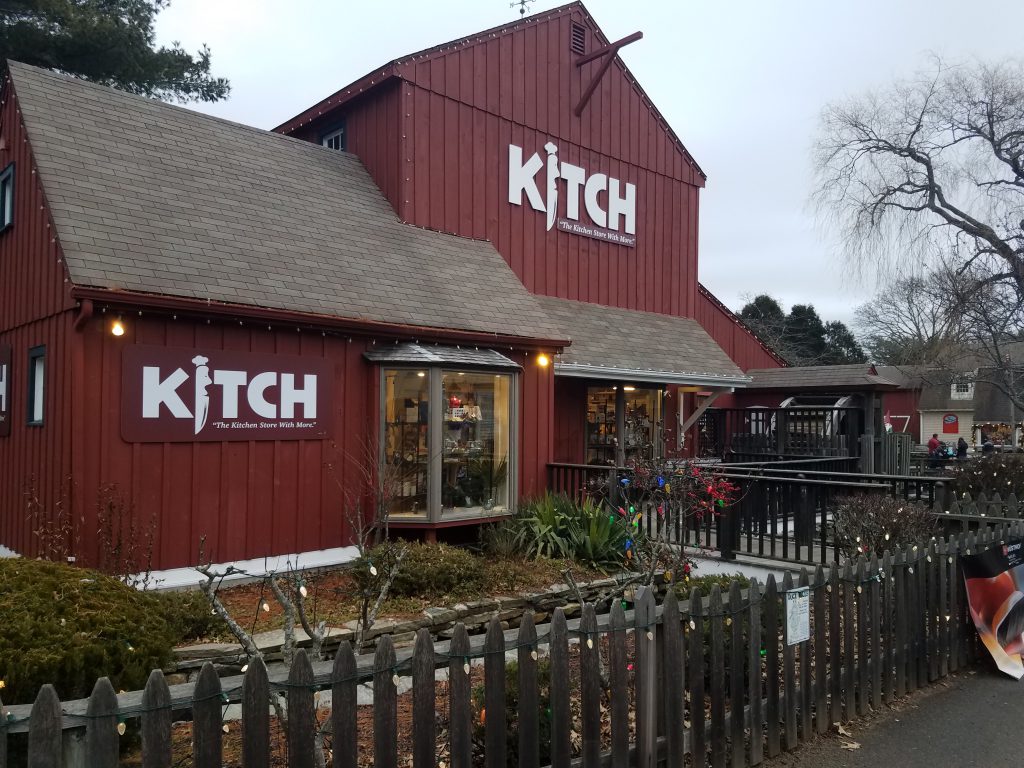 “In the summer we are heavy on food and gadgets, the stuff that bus tours from New Jersey can carry out easily,” Price says. “In the fall and winter, it is more of a local crowd and my average sale quadruples. We just sold three Fisher pressure cookers this morning, for example.”

He and wife Lynne also head out to farmer’s markets to source local products for the store. “I have a line of jellies mixed with habanero pepper from nearby Plainfield, Ct., and a black garlic barbecue sauce out of Hartford, where the guy who makes it uses his grandfather’s recipe. It is so popular we can’t keep it in stock,” Price says.

Anything with the “Made in Wisconsin” label flies off the shelves at the Grand Fête, says Timm, who carries a line of locally-made teas, jellies and vinegars along with other products. A kitchen towel emblazoned with the state’s name is best seller.

She says it goes back to giving the customer an experience they won’t find in other channels. “Product knowledge, product demonstrations and events all make small retailers stand out,” Timm says. “If you can find exclusive products and come up with a creative concept, those will help your business compete with mass retail.”