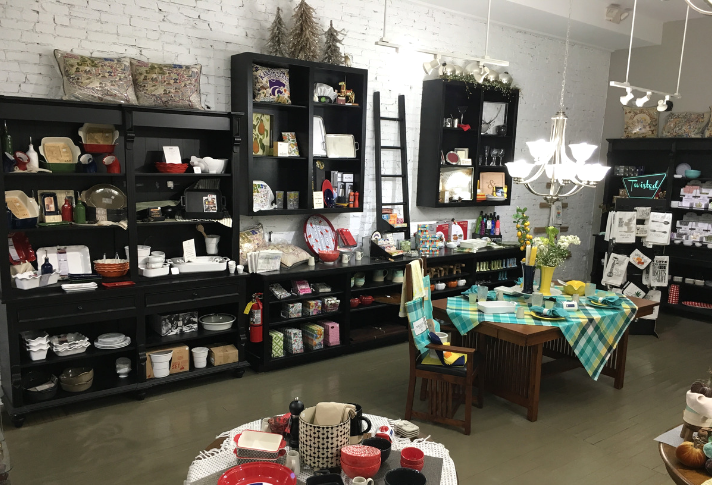 After careers in the military and then second careers in the corporate world, Ollie and Kathryn West “retired” into a third career in retail. The pair opened The Pot Rack on the main drag of Leavenworth, Kan., a historic town they both call home, in 2008.

“My wife and I are from this area and we always wanted to open a store,” Ollie West says, pointing out that they especially wanted to support the revitalization of the Leavenworth downtown, full of classic brick buildings on the edge of the Missouri River. He notes the pair have an avid interest in historic preservation.

“We can think back to coming here in high school, in the pre-Walmart days when there was a little bit of everything downtown,” says West noting the busy small business community back then. Thanks to the promotional efforts of an active Main Street organization the downtown is bustling again, he adds.

“They organize events to attract people downtown. For example, the first Thursday every month stores stay open later and provide drinks and snacks to get people to come into town. We normally close at 6 p.m., but on that night we stay open until 8 p.m.,” he explains.

The Wests purchased the buildings at the site of 626 Cherokee St. and launched the store in 2008 at 1,000-sq. ft., expanding to the current size of 3,500-sq. ft. by building an extension in 2016. That move has allowed the pair to add more product categories. 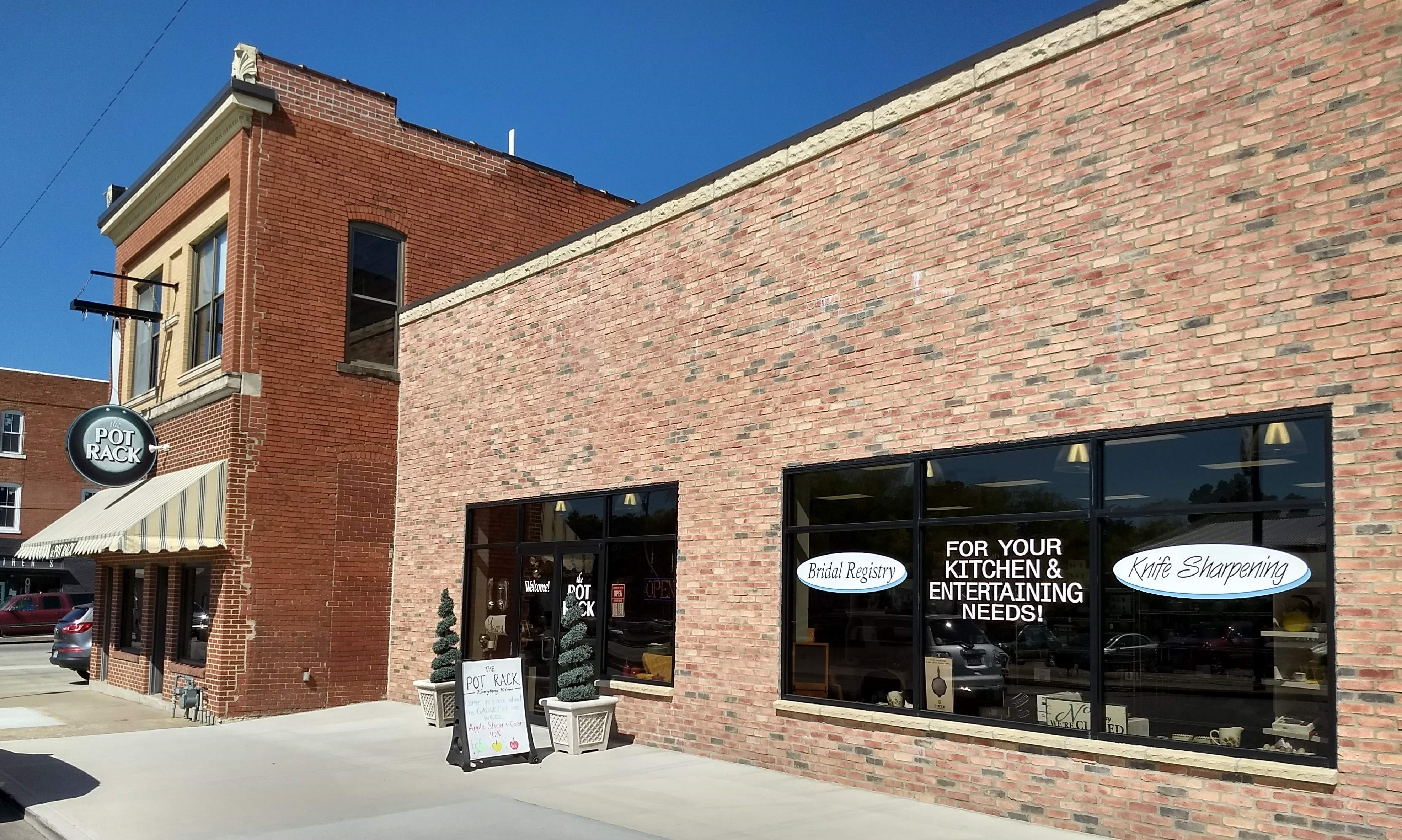 “Since we expanded, we’ve been able to offer a wider selection of product like textiles and tabletop that are really selling well,” he says. Given that the next closest kitchenware store is 30 miles away in Kansas City, The Pot Rack fills a local need, he adds.

“People who need a hostess gift or a gift for a wedding anniversary find our store convenient. We have a great gift business,” West says. The couple also offers an online bridal registry which contributes to that success, he says. “We found families are so geographically dispersed a bride can have family all over the place. If you have something online, it is really convenient for gift giving.”

Their customer base is a healthy mix of military families, both retired and in transition, along with lifelong Kansas residents. Because Leavenworth is home to Ft. Leavenworth and The US Army Command & General Staff College, (a one-year stint that prepares officers to be commanders at the brigade level), many families are only there a short time before they are deployed. But they often return to the store years later, which pleases West.

“We really enjoy the customers and people you meet, and with our military population there is constant turnover since they are only there a year,” he says.

That constant turnover is a good business model, since it means a steady stream of new customers who are happy to be home with family.

“They always need new things,” West says. “When they are here, they are not deployed and it is a stable, normal year for them.”