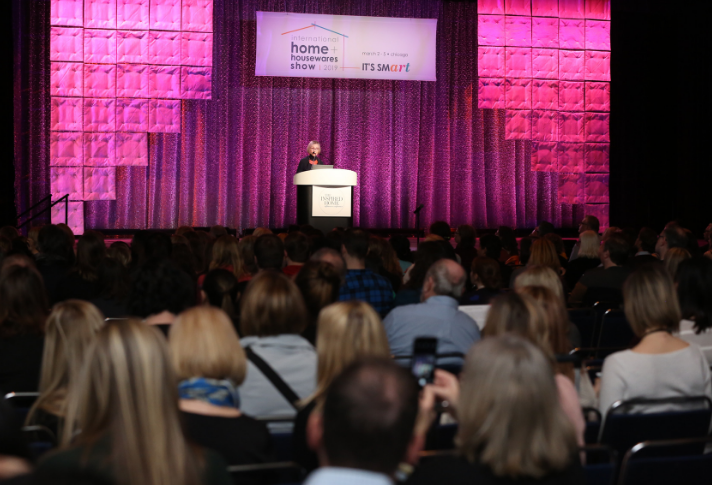 Diverse color palettes with never-ending patterns and combinations will be the name of the game more than ever before, said Leatrice Eiseman – executive director of the Pantone Color Institute and color expert for the International Housewares Association (IHA) – today at the 2019 International Home + Housewares Show. Her remarks were part of her annual keynote address, this year titled “Color in the New Era: Trends, Twists and Tweaks.”

Owned and operated by IHA, the Show is being held March 2-5 at McCormick Place and features more than 2,200 exhibitors and 60,000 total attendees from 130 countries.

“There are all kinds of ways to bring the expected into the unexpected….a compelling dichotomy, you might say….where we’re seeing the real combined with the surreal, and the novel combined with the nostalgic,” said Eiseman. “Some of this might be a bit of a push for some people, but we need to catch customers’ eyes.” 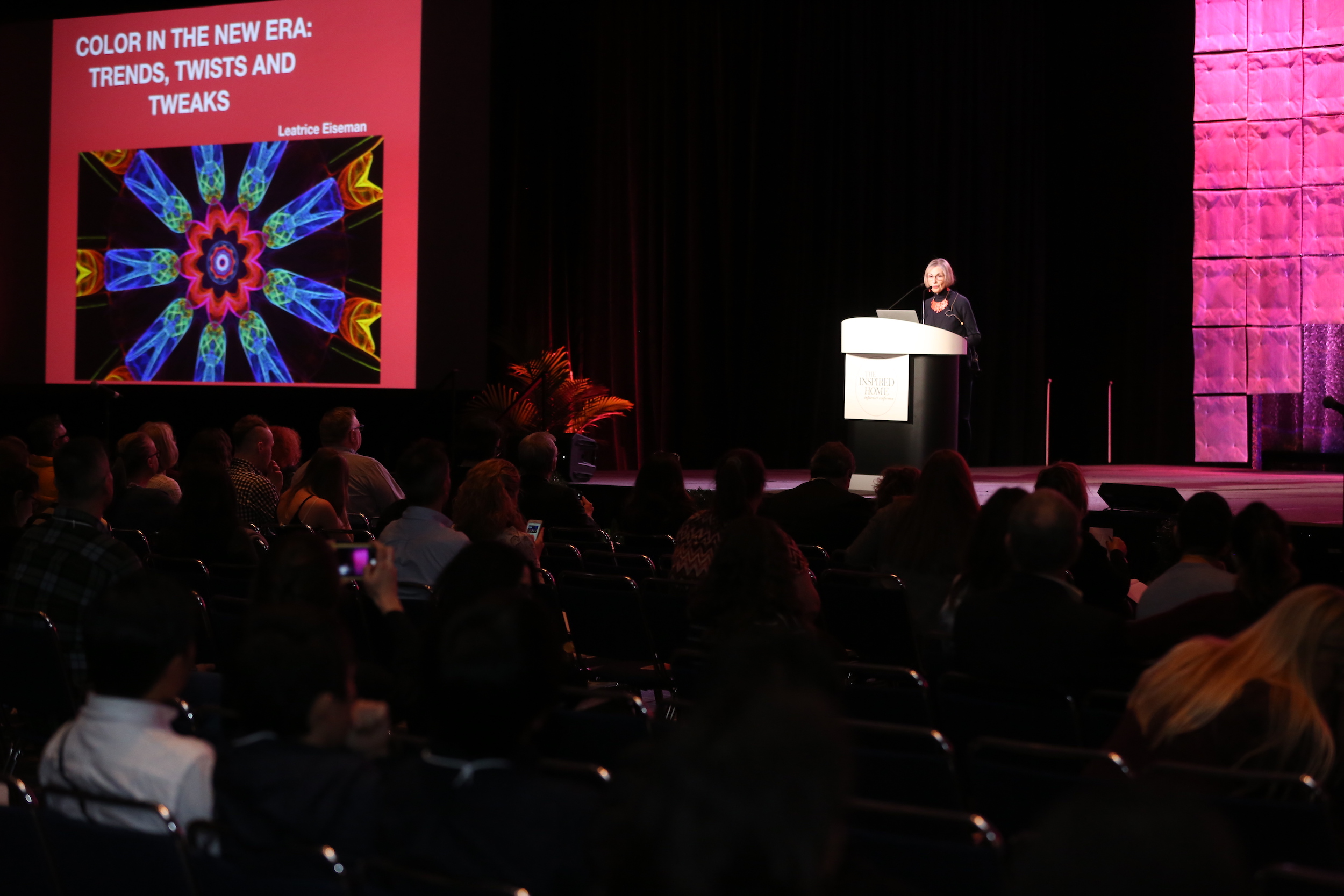 Eiseman explained that she looks at a wide variety of industries for color inspiration, including television, movies, food and beverage, fashion, floral, art, technology and cars.

For instance, she cited the beautiful color in the film “Mary, Queen of Scots” and showed images of how these Elizabethan stylings are cropping up with edgy updates in everything from fashion runways to art and home décor.

There’s also the hugely popular traveling art exhibit “Andy Warhol’s Shadows,” which offers up an updated, more sophisticated style of Warhol’s previous works. “It’s all about bold color and black and shadowing,” said Eiseman, adding that the exhibit was one of the inspirations for a 2020 Pantone home palette.

“At the same time,” said Eiseman, “there is that other need humans have, particularly in the world we live in today, for comfort and calm.”

This is where softer palettes come into play, though there is still a need to update these with unusual twists to attract attention.  The popularity of health and wellness treatments, hydration and herbal tea all factor into these color groupings. In terms of on-trend materials: Marble can be seen from everything from the interior of Infiniti’s QX concept car to wedge heels on women’s shoes. Terrazzo, in particular, is popular as a design influence, but also as a societal influence because it involves the idea of reusing marble.

Metallic materials are especially popular when combined with an unlikely partner: wood. “There’s a real marriage of the warmth of rich patina wood and (the cool, sleekness of) metallics,” Eiseman said.

She added there’s more texture than ever before, which often is needed to contrast with the sleekness of metallics. Felted products are becoming popular, as are birds and feathers.

Last but not least, Eiseman shared images featuring the eight brand-new 2020 Pantone View Home + Interiors palettes. These color groupings are also on display during the Show in the Pantone ColorWatch display in the Hall of Global Innovation. 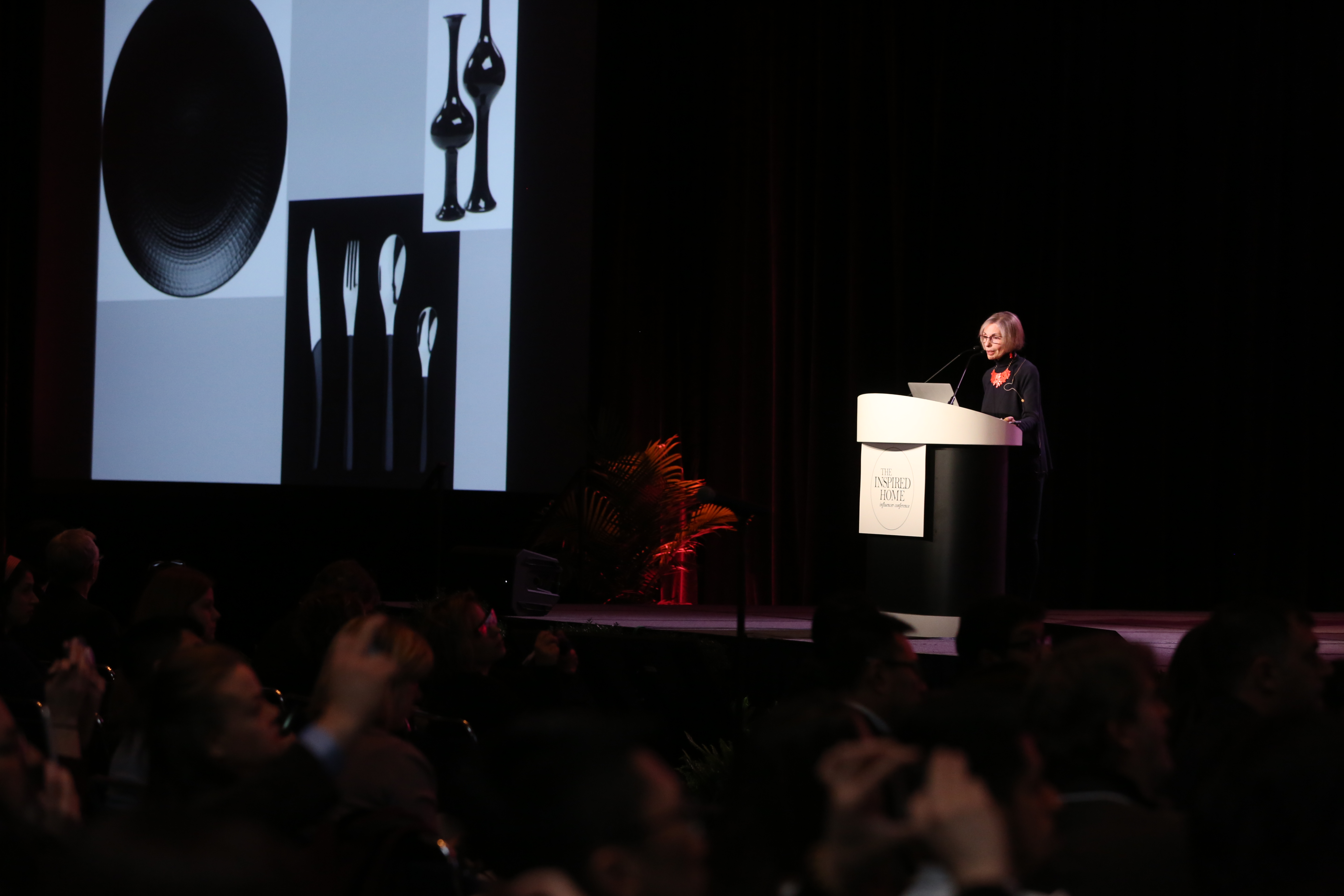 IHA is the 81-year-old voice of the housewares industry, which accounted for (US)$364.2 billion at retail worldwide in 2017 ($91.6 billion at retail in the U.S.). The not-for-profit, full-service association sponsors the world’s premier exposition of products for the home, the International Home + Housewares Show, and offers its 1,700 member companies a wide range of services, including industry and government advocacy, export assistance, State-of-the-Industry reports, point-of-sale and consumer panel data through Housewares MarketWatch, executive management peer groups, group buying discounts on business solutions services and direct-to-consumer engagement through TheInspiredHome.com.