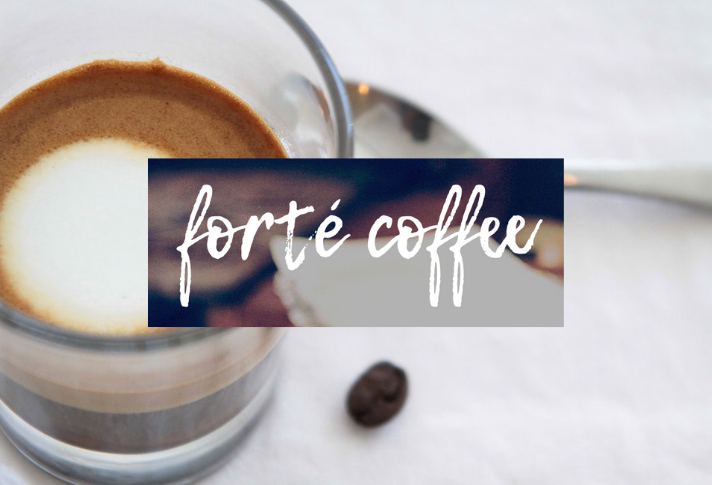 Brian Maynard’s love affair with coffee goes back to his childhood. That coffee passion began with the influence of his father Del, who, Maynard says, “always had a cup of coffee in his hand and would wake up in the middle of the night to have another.” That was enough to get young Brian started.

“By age eight I was sneaking my own coffee,” he says, albeit, “filled with cream and sugar.”

It became a lifetime caffeine habit, fueled at first by the “lousy commercial coffee” his dad preferred, then by harder stuff when Maynard discovered 100 percent Arabica beans during a trip to Chicago in 1982.

Even as he ran marketing for KitchenAid and Whirlpool (in an illustrious marketing career that has put him in touch with many in the housewares industry, along with chefs, the James Beard Association, the Jacques Pepin Foundation and other culinary associations), Maynard’s long-term goal was to launch a coffee house in his hometown of St. Joseph, Mich.

That’s why in March Maynard went to Chicago not as a vendor but as a buyer, shopping the International Home + Housewares Show for Forté Coffee, the store he and wife Barbara opened last December in St. Joseph. He was shopping for unique product to fill the shelves to supplement the primary coffee business, including water infuser products along with coffee and tea makers, cups and the like.

“I went to see the trends and I worked the show,” Maynard says, noting meetings with Thermos and other companies. He also added to his assortment from Grosche, liking that company’s feel-good involvement in improving water quality worldwide.

Maynard has also stocked shelves of Forté Coffee with a selection of small electric coffee products from KitchenAid, both his alma mater and a company with strong ties to St. Joseph. Indeed, he notes, KitchenAid staffers often drop by the store.

“Several KitchenAid engineers have come in here, not knowing my background and have asked me about testing new coffee equipment,” he notes. “My answer is yes, sure, happy to help.”

Like many local retailers Maynard has found that building ties to the community fosters business.

He boosts that home-town flavor with a selection of handmade pour-over cups from a local artisan, JLH Ceramics. The special-order coffee cups are crafted with a wine glass flair to better concentrate the coffee aroma. The store uses the cups for coffee pour-overs in house and sells the line to customers.

But that local presence really started with Maynard’s decision to roast his own coffee beans. While he had originally planned to buy roasted coffee from a secondary source, after embarking on a road trip across the country where he chatted with other coffee retailers about their stores, he thought better of that strategy.

“I stopped by a store in Pueblo, Colo., and met the owner who advised, ‘Dude you should be roasting your own coffee’,” Maynard says.

After listening to his reasoning—cut out the middleman and make more money—Maynard decided he needed to learn how to roast beans. He signed up for classes including a barista academy and roasting school. Maynard calls it one of “the most fundamental decisions” he made in starting his retail business.

“Roasting is not something you wake up and know how to do,” he points out. He bought a coffee roaster from U.S. Roaster Corp. in Oklahoma City, and after getting up to speed on the process, “since day one we have roasted everything here.”

Not only did he cut out the middleman’s markup for beans by roasting his own, Maynard tapped into another unexpected profit line.

“The additional economic benefit is I am now also in the wholesale coffee roasting business with four customers, three restaurants and a gift shop as customers,” he says, adding those businesses also favor telling a local story. “That I’m a local roaster is a great story for them. There is a trend toward wanting to do business in your own economy and we are the only people roasting beans in St. Joseph.”

Maynard has used his marketing acumen to build the bean roasting business by crafting special blends for individual restaurants, as well.

The business is also a family affair: wife Barbara and daughter Allie are in charge of baking and mastermind the baked goods Forté Coffee sells, as well as salads and a variety of sandwiches, and daughter Katy helps out with the marketing effort.

Maynard’s coffee-fact finding road trip tracked daughter Molly’s journey through various zoo assignments across the country. She is a veterinarian who did much of her clinical training in zoos. When Molly hopped a plane to another zoo assignment in her rotation, Maynard acted as her car transport person, driving Molly’s car to the next zoo using the road trip to stop at coffee retailers along the way.

“It’s important to look around for best practices and learn from others,” he says of that fact-finding tour. “I found that in the coffee business, most people were very generous with their time. I visited between 75 and 100 shops across the country.” (Molly eventually got her ride back.)

And then there is the original inspiration for the coffee retail dream. A consultant Maynard hired asked him what he called his roaster, explaining “Everyone in this business names their roaster.”

He didn’t hesitate. “Immediately it came to me,” Maynard says, returning the favor to his dad. “His name is Del.”

Although Del the roaster turns out much better coffee than the original beverage Del the father favors.