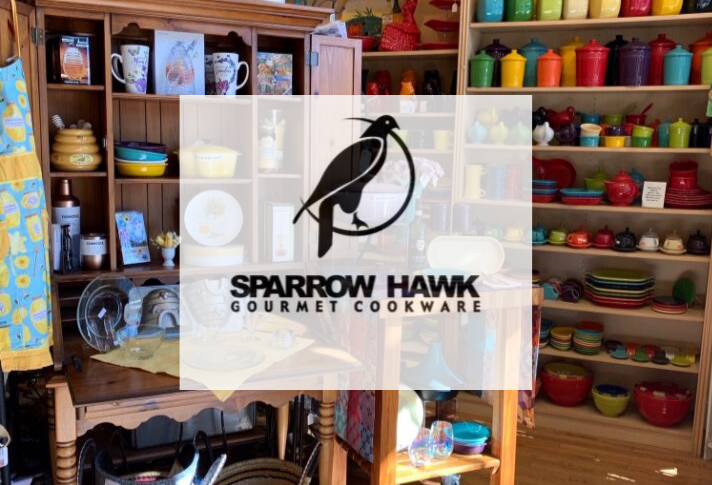 Own or rent: Own

Sam Eppley knows what makes his store special: customer service. “We have a ton of employees who have been with us at least five years and one lady has been here for 20 years,” he says. Eppley himself has been around for 41 years, “so there is a lot of continuity there.”

Indeed, it is a family business with brother Allen Eppley and wife Christine Eppley involved in the day-to-day operations.

That leads, he says, to a wealth of product knowledge. Which is good, because the store has a wealth of product, and has supplied Colorado Springs with a wide range of gourmet kitchen tools since 1979, when Eppley realized that the area needed a good kitchenware store.

“I got into the business because I thought the gourmet cookware side was something our city needed so that’s what I did,” he says, noting the original store was smaller, and the business moved to the 4,000 sq. ft. space 11 years ago.

Currently, best-selling categories for the store are cookware and cutlery “but gadgets are always hot,” Eppley says.

The buying team sources products through trade shows and manufacturer’s reps, and scopes out product trends by keeping a keen eye on products placed on TV cooking shows and even movies. They also get a lot of suggestions from their customers, he says. The store’s motto? “Quality cookware for everyone.”

While Colorado Springs has many tourists, Eppley says his customers are mostly local folk, attracted to the city’s classic downtown.

He says he has tracked a trend where customers have moved from mall-based shopping to interesting downtowns with independent businesses rather than “cookie cutter” stores. “People like the character of independent stores,” Eppley notes.

He adds that in Colorado Springs that character is supported by a local business development service, the Downtown Partnership Group.

“It’s a very strong group and tries to take care of the business zone, by fostering business but also taking care of issues like signage and cleanliness,” Eppley explains. “It is about the synergy of the zone, between all the businesses there.”

Even though Sparrow Hawk is firmly rooted in the brick-and-mortar world it recently launched an online presence, though Eppley says that has yet to become a big part of its business. Another online presence is a blog “written” by the family dog Koda, who has been coming to work with Eppley and his wife for the past 10 years. “People come into the store just to visit with Koda.”

And there is an avian presence as well—the store’s unusual name. Eppley says he was scrambling to start up the store, dealing with the usual paperwork involved and trying to figure out what to call it when a sparrow hawk flew into the glass windows of a friends’ office, giving him the inspiration for a name. “She was trying to nurse it back to life,” he says.

And while it didn’t end well for the sparrow hawk, for Eppley it was a different story. “It didn’t live, but we did.”