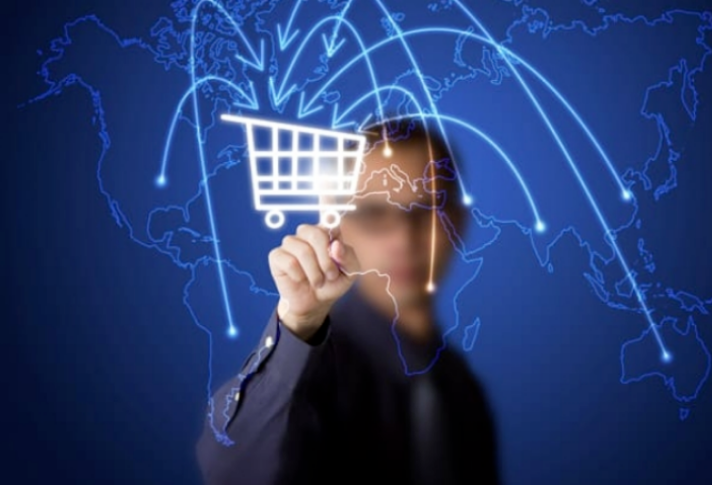 August 19 – France’s Les Mousquetaires Plans Store Openings in Portugal Intermarché, the banner under which Las Mousquetaire’s stores will operate in Portugal, plans invest €200 million to open 105 stores by 2023, of which €60 million will be invested in 2019 to open 15 new stores. From European Supermarket Magazine

August 19 – Retailers Rethink Black Friday Sales
In a survey of more than 400 US and UK retail marketers,  retailers are anticipating 2019 Black Friday revenue to be 25% higher than 2018, and revenue from the wider holiday season to be 28% higher than last year. From Insider Retail

August 19 – Amazon Japan Relies on Freelance Drivers
Amazon Japan, looking for ways to fulfill promises for some deliveries within 2 hours of an order, has contracted with freelance drivers. From Nikkei Asian Review

August 19 – Walmart Brasil Rebrands and Targets Growth
A year after acquiring majority stake in Walmart Brasil, Advent has rebranded its hypermarkets and supermarkets to Grupo BIG, which will feature 100% local management. Grupo BIG (formerly Walmart Brasil) is the third largest food retailer in Brazil, with around 550 stores. From European Supermarket Magazine

August 16 – Australia’s Westfarmers Repositions Target
In an effort to differentiate from its sister brand, Kmart Australia, Australia’s Target will offer higher quality apparel, housewares and toys. The shift will reposition the department store to compete against more specialty and middle-market offerings. From Inside Retail

August 16 – UK’s Homebase Acquires Bathstore
Homebase will take control of Bathstores’s 44 outlets and a website, which will continue to operate independently from Homebase’s site. From Housewares Live

August 15 – Grupo Exito’s Sales Rise 9.8% in Q2
Driven by sales recorded in Colombia, Brazil and Uruguay, which increased during Q2 as well as growth on exito.com, carulla.com, virtual catalogs and marketplace by 47% compared to the same period of 2018, the retail group reported 9.8% rise in sales. Written in Spanish From GrupoExito.com

August 14 – Spain’s El Corte Ingles Announces Usage of Renewable Energy Resources As part of The ‘Climate Protection’ program of the United Nations Global Compact and the European Retail Trade Board, El Corte Ingles announced that 98.5% of the energy it used in 2018 was sourced from certified renewable resources. From European Supermarket Magazine

August 13 – Germany’s MediaMarkt Sees Major Losses
Parent company, Ceconomy, confirmed their losses have grown by 50% for MediaMarkt and Saturn, however, there is a transformation plan in action to turn around the losses. From Retail Detail

August 13 –India Ikea Faces Local Competition in India
With major expansion planned for the coming years in India, Ikea may be facing strong competition from local player, Pepperfry.  Pepperfry has taken many steps to safeguard its success in the Indian market, including building its own logistics arm. From Inside Retail

August 12 – France’s Carrefour Decides not to Open Automated Store Carrefour ended its plans to open its first automated store in Brussels city center, stating that it came across unresolvable problems. It’s unclear if the retailer will pursue the concept in the future. From Retail Detail

August 12 – The Netherlands’ Delhaize and bol.com Increase Cooperation
Delihaize and bol.com are working together to increase traffic with a back-to-school cross-promotion, aiming to reach Belgian families with children. From Retail Detail

August 8 – Canadian Tire to Buy Party City Stores
The estimated party supplies market is CAD 12 billion per year.  Canadian Tire hopes to capitalize on this with the purchases of Party City’s 65 stores throughout Canada. From Global News

August 6 – Brazil’s GPA to open Minuto Pão Stores With a maximum of 150 square meters per store, GPA is testing the concept of convenience stores stocking approximately 2000 items and plans to open 15 stores in 2019.  From RLI

August 1 – TheMarket Online Platform Launches in New Zealand
With Backing of New Zealand’s The Warehouse Group, TheMarket launched in New Zealand with more than 1500 brands and promises to add new products weekly.  The new site will avail global brands to consumers in the market in a way not previous offered. From Inside Retail

August 1 – Thailand’s Central Group Plans to Spin Off Retail Division With approximately 2000 stores in Thailand, over 130 in Vietnam and 9 in Italy, Thai mall operator, Central Group will list its Central Retail Corporation unit, combining retail businesses in all three countries. From Inside Retail