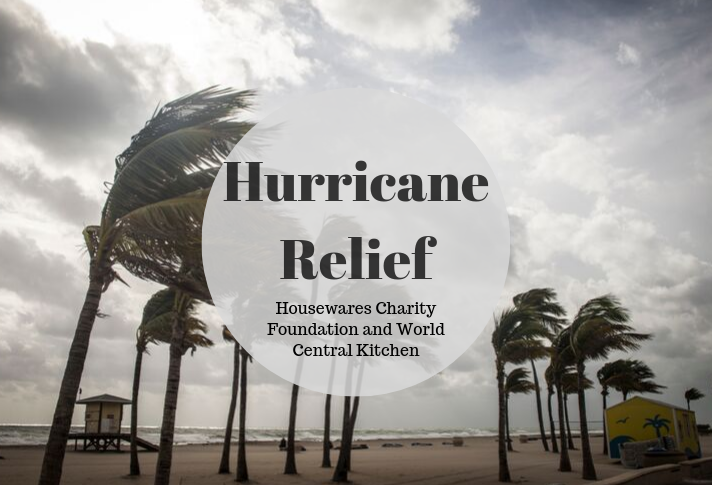 To assist in the Hurricane Dorian relief efforts in the Bahamas, the Housewares Charity Foundation (HCF) has donated $25,000 to World Central Kitchen (WCK), a non-profit led by renowned chef José Andrés. WCK is currently in Nassau delivering nearly 30,000 fresh meals per day to shelters and communities across the northern Bahamas.

WCK went to Nassau before Dorian hit the islands to prepare for a massive relief effort. Once Dorian passed the islands, the Chef Relief Team, led by Andres, was one of the first groups to reach Abaco and began providing meals immediately from their kitchen 80 miles away in Nassau. According to the organization’s website, WCK is committed to doing whatever it takes to get food to the people who need it most, whether that is by boat, plane or helicopter.

Prior to Dorian hitting the Bahamas, members of the Chef Relief Team were stationed in Florida in case Dorian made landfall there. When the storm shifted, WCK pivoted and filled a 220-foot boat with kitchen supplies, ingredients and more that went to Freeport in Grand Bahama. Since Sept. 4 the organization has been cooking meals in Freeport and delivering them to shelters and communities across the island. As shelters in Nassau fill up with people from the northern islands, WCK is providing meals for them as well.

“The Housewares Charity Foundation has a history of making donations to organizations in times of crisis, and the HCF board of directors is pleased to help Chef Andrés and his efforts to bring food to the victims of Hurricane Dorian,” said Derek Miller, co-chair of the Housewares Charity Foundation. “Last year, Chef Andrés was awarded Humanitarian of the Year by the James Beard Foundation, and he has received other accolades for his efforts through World Central Kitchen.”

Andres and his wife formed World Central Kitchen in 2010, envisioning an organization that would create smart solutions to hunger and poverty. His team served over 3.6 million meals to the people of Puerto Rico after Hurricane Maria in 2017.

The Housewares Charity Foundation raised $1.8 million at its annual Housewares Cares gala last March and has raised more than $50 million since the first gala in 1998. Funds raised support the Breast Cancer Research Foundation (BCRF), HCF’s legacy charity; the James Beard Foundation, the gala’s partner; and other charities and philanthropic organizations such as World Central Kitchen. The 2020 gala will be Monday, March 16 during The Inspired Home Show in Chicago. To learn how you can donate to HCF, purchase a ticket for the 2020 gala or use Amazon Smile to support the foundation, please visit Housewares.org/show/charity. For more information about World Central Kitchen or to donate to their relief efforts, please visit wck.org.