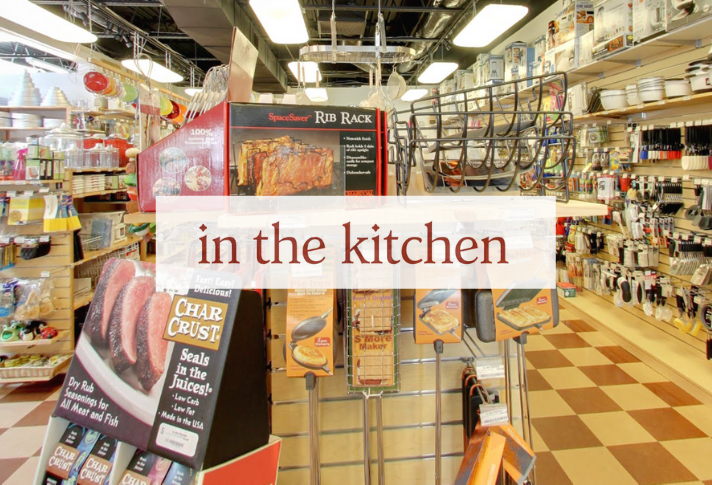 Own or rent: Own

After years in the retail business KC Lapiana has moved out of her home base of Pittsburgh and put her store In The Kitchen into the hands of a trusted group of managers. The reason? Her husband retired from a long broadcasting career and the pair decided to move south.

“We made the decision to go to Florida,” Lapiana says. “It is the first time in our lives we have been able to choose the place we wanted to go and we looked at every place that interested us.”

Not surprisingly, warmth held an appeal. “We were familiar with Florida and we wanted to get out of brutal winters and gray skies,” she says.

But it wasn’t as simple as packing up the house and calling the moving van. Lapiana still owns In The Kitchen and operating the store from afar called for advanced planning. “For the past two years I had been prepping my staff for the move,” she says. “I was in the store the entire time. It was just January of this year that they started running the business, and I stayed there until May.”

That preparation involved building a promotion planner: a year’s worth of planning and goals for each month on spread sheets that her employees can follow and add their own ideas. “That was important because they need to know their numbers, and which promotions do well,” she explains. She was there to answer questions and ward off any catastrophe, “but they didn’t even talk to me.”

Many parents can sympathize, she notes. “The store is 18 years old and it is like sending your kids off to college. At some point you have to let go and say ‘fly’.” Lapiana now has regularly scheduled FaceTime meetings with her staff, where she is walked through the store via the phone and can see what is going on.

She goes back to Pittsburgh on a quarterly basis to spend upwards of 10 days at the store, “but the management I have there is just fabulous.” Lapiana also attends all the markets and has meetings with local reps in Florida. “They send me their catalogs and I meet with them on a quarterly basis and they call on me like I am a store. It keeps me in the loop and helps me work with my buyer,” she says.

She credits her “tremendous team” for making that effort successful. It also freed her up to concentrate on her other business, HTI. During that transition time, she says she was able to give 100% to HTI because the staff was able to run the store.

“Our goal when we purchased HTI was to be able to move wherever,” she says. Another goal was not to sell In The Kitchen. “We didn’t want to sell the store because it’s a gold mine. It is extremely healthy and I couldn’t let it go. I have two sons and who knows what they want to do with their future.”

She also notes that running a kitchenware store (albeit from afar) taps into her experience in running HTI. “Retailers and vendors appreciate that I know what I am talking about.”

And she has more time now to devote herself to HTI. “I love being part of the industry and being able to see retailers succeed,” she says. “It is very important for us to make sure we develop programs, analytics and good business practices to share with our retailers. We are not just about discounts and dating.”

Indeed, developing an exit strategy is one topic she stresses with her retailers.

“Do not wait for the knock on the door. You need to be prepared,” Lapiana advises. She encourages her buying group members to share their status with her. “We are here to help them with that.”

And if you don’t reach out, problems could arise. “I had one guy who never called me and ended up selling everything for 25 cents on the dollar,” she says.  “I told him if you had called me, I could have gotten you much better options. He ended up being in tremendous debt to the vendors.”

Contrast that picture with another retail member in transition. “He is doing it the right way, finding a new person to take over, being a mentor for six to eight months.”

“When you wait for that knock on the door, you are no longer in control,” says Lapiana with the wisdom of someone who made sure she was in control.