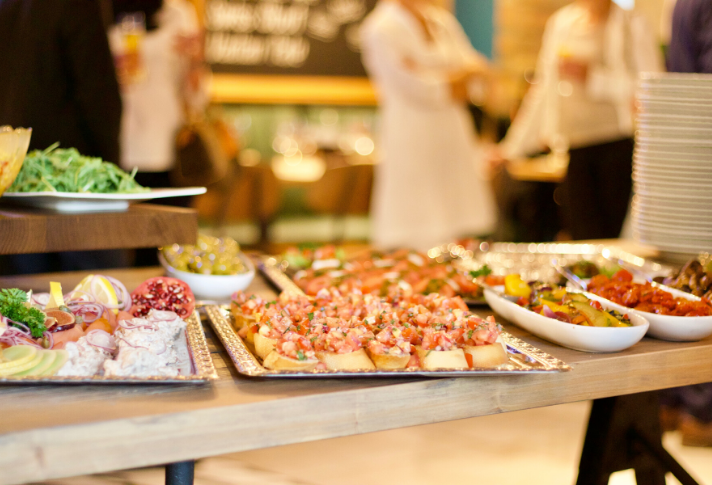 Retailers are promoting a wide variety of events and products and recipes via social media this fall as they gear up for the all-important fourth quarter. Food played a big role in those promotions.

Here are some that caught our eye.

The yummy photos of the meal posted on Instagram played up the retailer’s cooking school program, as did a Creative Crepes Cooking Event and a French Bistro event. People having fun in the kitchen is definitely a lure for the store.

Stock in Providence, R.I., linked to the powerhouse New England Patriots by promoting Bold & Spicy Chili Seasoning from the local Ocean State Pepper Co. “It will make your offense stouter.” Ocean State served up chili as a demo “to help you get a W on game day.”

Stock also posted an image of a variety of tridents, Microplanes, salt bowls, caramels and other miscellany, noting, “Just the best efforts of a retailer to have some things for your kitchen, table, pantry or belly. And the real theme: this is a sampling of just two days of receiving this week. If you want it this 4th quarter, I promise to do my darnedest to have it available for you.”

The store also posted images of the English Gluggle jug, which is one of the more popular items retailers say they have carried this year.

LeRoux Kitchen in Portland, Maine, kept a running travelogue of a buyer’s trip to Europe to visit a number of factories, among them Staub, where the staff got to see first-hand the fire and brimstone that goes into the making of enameled cast iron cookware.

They also enjoyed a number of Instagrammable meals across the continent that they shared with customers stuck back home.

In Bath, Maine, A Cook’s Emporium kept busy posting images of pasta cooking classes and pasta machines for a tortellini cooking class. The store also promoted the Aeropress cup of coffee for one, saying “stop by for an unperson demo and pick-me-up anytime.”

In The Kitchen in Pittsburgh promoted its newsletter in a social media post on quick breads. In the newsletter, the store provided recipes for fall muffins, banana loaf and a cinnamon coffee cake. The staff also posted a recipe for Cobb Salad-in-a-Jar which helped promote the canning jars the store sells. And it helped to explain “Fond” the browned, sticky bits from drippings of meat and vegetables that cling to the bottom of a roasting pan. “Flavor magic” they called it.

Fante’s in Philadelphia brought Nava Atlas into the store to sign her cookbook “5-Ingredient Vegan” and also used Instagram to boost the event (and to help sell cookbooks.)

The Culinary Apple promoted the October Mahogany and Merlot Festival in downtown Chelan, Wash.: “This year is going to be better than ever and fun for the whole family.” The Culinary Apple is a sponsor of the event and plans to serve up samples of its homemade fudge.

And in Chicago, The Chopping Block promoted Wonderful Weekends Chicago and played up Chicago’s Apple Fest with a promotion of a whole apple pie baked in a Lodge cast iron pan (you get both the pan and the pie.) The store suggested that apple pie fans pick up the pies ahead of the event in Lincoln Square to avoid crowds.