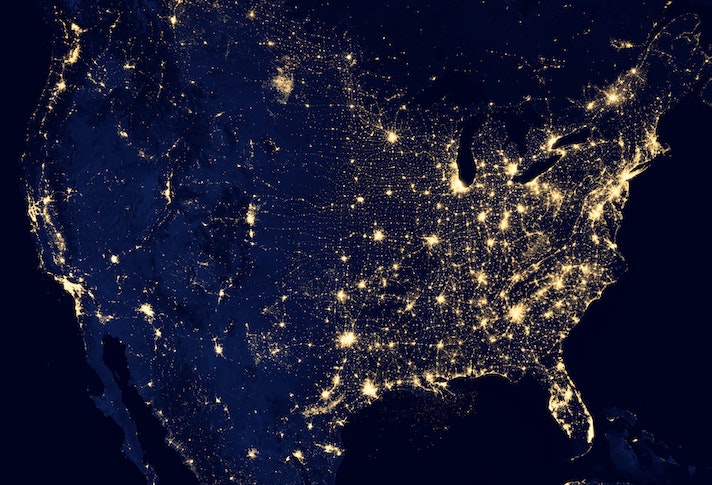 September 20 – Will ShopRite Continue Its North Jersey Reign?
With Trader Joe’s, Whole Foods Market, Amazon, Aldi and Lidl setting up shop in northern New Jersey, competition is heating up for the region’s No. 1 grocer.  From Winsight Grocery Business

September 18 –  Kohl’s Cuts Corporate Staff To Cope With
COVID-19 Pressures
In a filing with the United States Securities and Exchange Commission, Kohl’s stated that it has taken action to further align its cost base in response to the business impact of the COVID-19 pandemic, and so reduced corporate positions by approximately 15%.  Kohl’s noted that it expects the initiative to generate expense savings of $65 million on an annualized basis. The company added that it expects related pre-tax costs of $23 million to accrue from the move, the majority of which will be recorded in the 2020 third quarter.  Together with its February restructuring actions, Kohl’s noted that it expects…  From HomeWorld Business

September 18 –  Walmart Restructures Roles, Pay For Key Employees
As part of an ongoing series of initiatives dealing with how it positions and compensates employees, Walmart is introducing a team-based operating model in its supercenters, one that has been in operation at Sam’s Club for the past year and it instituted in Neighborhood Market stores this year. From HomeWorld Business

September 18 – NRF: Imports Rise As Retailers Prepare For Holidays
Imports rose to unexpectedly high levels this summer and may have hit a new record as the U.S. economy continues to reopen and retailers stock up for the holiday season, according to the monthly Global Port Tracker report released by the National Retail Federation and Hackett Associates. From HomeWorld Business

September 18 – Is the World’s Largest Retailer Letting Amazon Set
the Rules?
Walmart+ trades the retail giant’s “always low prices” promise for an exclusive convenience play that, so far, its online rival is winning. From Retail Dive

September 17 – Wegmans Plans Rapid 4-Store Expansion in N.C.
Wegmans, which opened its first store in North Carolina in Raleigh in 2019 and recently added a second site in the West Cary neighborhood, is planning to debut at least four more locations in the state. The grocer will open new stores in Wake Forest and Chapel Hill in spring 2021 and confirmed its intention to open more sites in Cary and Holly Springs in the near future. From NRF Smartbrief

September 17 –  Under Construction: Stewart’s Shops Steps Up the Pace to Open 20 Stores in 2020
The company is holding grand openings for six locations over the next three weeks.  From Convenience Store News Daily

September 17 –  Online Grocery Sales to Reach $250B by 2025
A new study from Mercatus and Incisiv estimates the impact of COVID-19 will extend dramatically to online grocery over the next five years.  From Store Brands Today

September 16 – Retail’s Unlikely Pandemic Winners
Wayfair, Overstock and At Home have made gains while much of the industry faces sales declines, layoffs and, in some cases, bankruptcy.  From Retail Dive

September 16 – Kitchenworks Closes It Doors
Litchfield, CT-based Kitchenworks and Gourmet Gifts has closed, after 41 years in business.  From Gourmet Insider

September 15 – H-E-B Jumps Into Micro-Fulfillment
The Texas grocer has tapped Swisslog to build an unspecified number of automated centers to fulfill pickup and delivery orders. From Grocery Dive

September 15 – Wegmans Says Next North Carolina Stores Will Open in The Spring
The new locations, in Chapel Hill and Wake Forest, North Carolina, are among six the retailer has either opened or is planning for the Tar Heel State From Grocery Dive

September 15 – The Running List of 2020 Retail Bankruptcies
Century 21 is the latest retailer forced into Chapter 11 as a result of the pandemic. The off-pricer plans to liquidate its 13 stores. From Retail Dive

September 15 – New Grocer Jet Foods Makes Leap Into Chicago Area
The Chicago-area towns of Carol Stream, Park Forest and Des Plaines will soon be getting new grocers as Jet Foods begins making an aggressive push into the area with a plan to offer discount prices and prepared meals for customer convenience. The company said hiring in Park Forest and Carol Stream should start within the next several weeks and unveiled plans for additional stores in Rockford and Harvey. From NRF/Smartbrief

September 14 – Sur La Table To Close 17 More Stores
Store closing sales recently started at an additional 17 Sur La Table retail locations across the U.S. The retail chain previously earmarked 56 stores for closure in bankruptcy as part of its plan of restructuring to optimize its retail footprint. From HomeWorld Business

September 14 – Wayfair Hires Walmart Alum to Run Supplier Tech
The e-tailer sees expansive product choice as a differentiator, which makes attracting vendors a key element of its success. Technology is one inducement. From Retail Dive

September 14 – Grocery Foot Traffic Fully Rebounds at Major Chains
Store visits to Albertsons, Kroger, Publix and Trader Joe’s increased across the summer and are trending above 2019 figures, according to data from Placer.ai From Grocery Dive

September 12 – Whole Foods to Offer Pickup From Nearly All of its Stores By End of Month
The retailer has tripled click-and-collect availability since March and aims to have the service at 480 stores within a few weeks. From Grocery Dive

September 12 – Bankrupt J.C. Penney Plans to Sell Itself to Simon
and Brookfield
After weeks of talks, including “a few screaming matches” among stakeholders, the retailer unveiled a deal in principle with its landlords. From Retail Dive

September 11 – Chewy Has Already Added More Customers Than in All of 2019
The pet e-retailer’s sales and margins grew in the second quarter, and analysts see it well positioned to take advantage of an expanding opportunity.  From Retail Dive

September 11 – Walmart Pilots Drone Delivery for Groceries with Flytrex
The test program will deliver grocery and household items from the retailer’s stores to homes in Fayetteville, North Carolina. From Retail Dive

September 11 – FreshDirect Sales Surge 46% During Back-to-School Week
In response to the increase in demand for quick-prep foods, the online grocer has also enhanced its meal solutions to include 10-minute dinners and salads as well as wraps and breakfast items. From Grocery Dive

September 9 – Home Depot Extends Black Friday Deals for 2 Months
Retailer will encourage the use of mobile app, promoting specials there first, and collaborate with Pinterest to inspire meaningful homemade DIY gifts. From CNBC

September 7 – New Store Openings in 2020 and Beyond
At Home, Burlington, LIDL, and Tractor Supply among retailers that continue to grow and open stores nationwide during the pandemic. From CNBC