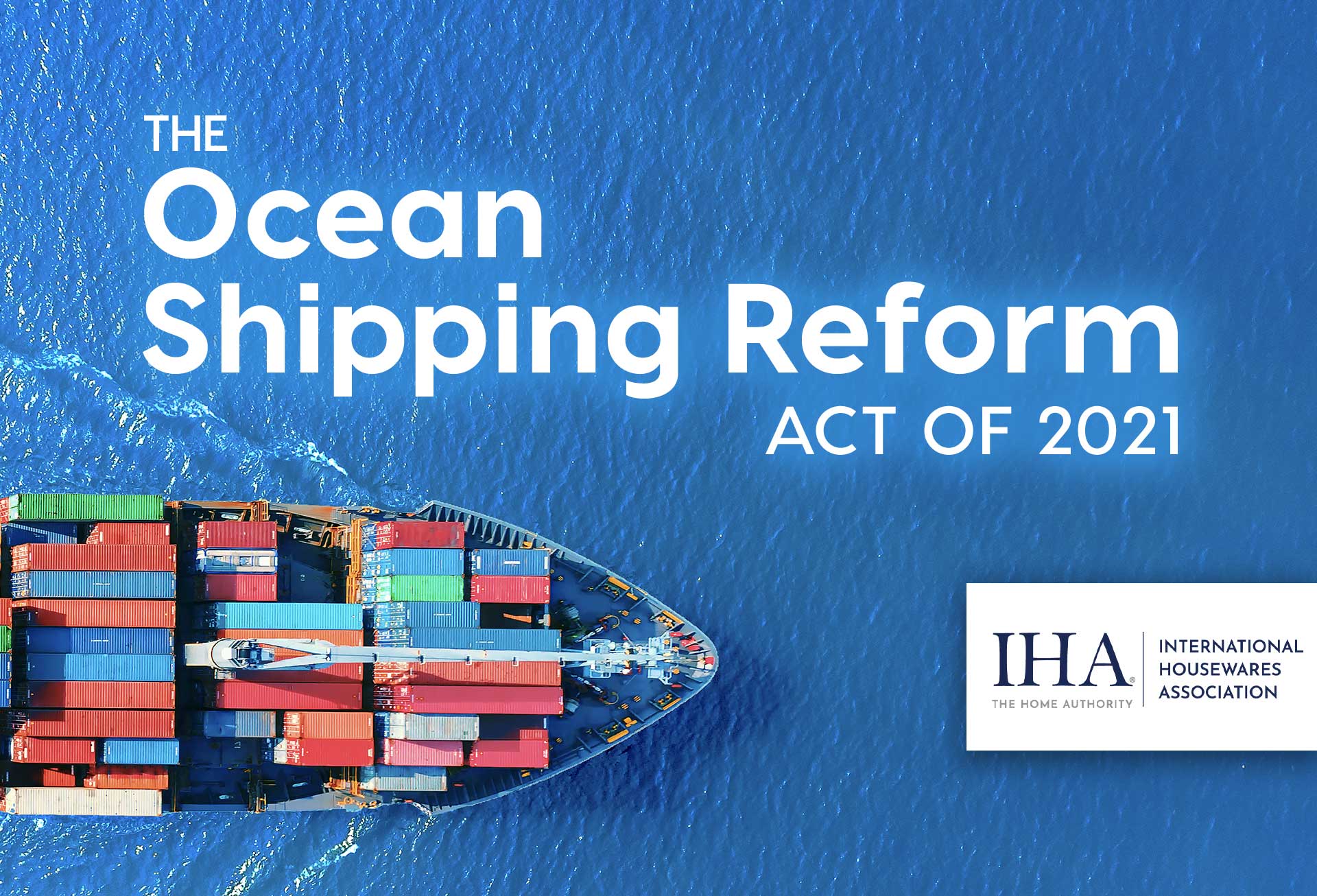 The International Housewares Association has joined a coalition of industry organizations in support of a new federal bill aimed at enacting sweeping changes to the law to curb unfair practices and charges by ocean carriers that have contributed to skyrocketing freight costs and extended delays for U.S.-bound containers.

The Ocean Shipping Reform Act of 2021 is set to be introduced in the House of Representatives within the next few weeks by Reps. John Garamendi (D-CA) and Dusty Johnson (R-SD). Johnson and Garamendi want the House to approve the new shipping reform legislation later this year as part of the Coast Guard reauthorization bill.

The Ocean Shipping Reform Act of 2021 establishes minimum shipping service contract requirements while widening and strengthening the enforcement power of the Federal Maritime Commission regarding unfair ocean shipping practices. The bill, among many provisions, shifts the burden of proof in any proceeding with the FMC regarding the reasonableness of demurrage or detention charges from the invoiced party to the ocean carrier or marine terminal operator; authorizes the FMC to order refund relief and civil penalties in enforcement proceedings; permits third-party challenges to anti-competitive agreements in complaints against carriers filed with the FMC; and establishes anti-retaliation safeguards to protect companies filing complaints against the carriers.

IHA joins several leading industry organizations in endorsing the Ocean Shipping Reform Act of 2021. These groups include the National Retail Federation, the American Apparel and Footwear Association and the National Industrial Transportation League. The coalition is preparing a joint letter to Congress in support of the shipping reform bill. IHA members are encouraged to participate in a letter-writing campaign when the bill is introduced. IHA will alert members at that time with instructions on how to contact their congressional representatives.

Derek Miller, IHA president, said: “The ocean freight and logistics issue currently facing our industry and others will undoubtedly have a negative impact on most importers and the retail community. The exorbitant prices being charged for containers will ultimately force an increase in retail prices, and if this is allowed to continue, inflation throughout the economy could ensue. As such, it’s an issue that needs to be addressed with urgency, and we are calling on all home + housewares industry constituents to demand that Congress take action on this issue.”