Co-chairs for the 2012 event are Phil Brandl, president of the International Housewares Association (IHA), and Jeff Siegel, president and CEO of Lifetime Brands Inc. In a collaborative effort among industry manufacturers, retailers and allied industry partners, the non-profit HCF hosts this annual event to raise funds for critical causes, unite the housewares industry and honor its leaders.  Honorees are selected for their humanitarian efforts and exceptional leadership.

The Gala will be held at the Chicago Hilton beginning with a reception at 6 p.m. Benefiting from the proceeds will be The Breast Cancer Research Foundation (BCRF), the HCF’s legacy charity, IIT Institute of Design and The Lynn Sage Comprehensive Breast Center of Northwestern Memorial Hospital. Along with the honoree tributes, the evening includes auctions and entertainment. Once again the dinner will be prepared by James Beard Award-Winning Chefs, this year featuring Michelle Bernstein, Todd English, Gale Gand, Stephanie Izard and Art Smith. 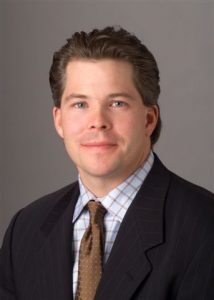 John Tighe is senior vice president and general merchandise manager of home for jcpenney.  J.C. Penney Company, Inc. is one of America’s leading retailers. The $17.8 billion retailer operates over 1,100 jcpenney department stores throughout the United States and Puerto Rico, as well as one of the largest apparel and home furnishing sites on the Internet, jcp.com, serving more than half of America’s families each year.  Tighe started his retail career at Filene’s followed by Meier and Frank, before joining jcpenney in 2002. Since joining the retailer, Tighe has held the positions of senior buyer for denim, divisional merchandise manager for junior sportswear and senior vice president and director of jcp.com. He was promoted to his current position in 2010. jcpenney is recognized as the leading corporate advocate for the afterschool issue, partnering with leading youth organizations to make life-enriching programs accessible for working families. Through its legacy of supporting youth and charitable organizations such as the Boys & Girls Clubs of America, the Y, National 4-H, United Way and FIRST® Robotics, jcpenney formalized its commitment to the afterschool cause by establishing the jcpenney afterschool fund, a 501(c)(3) non-profit organization. Since its inception, more than $100 million has been distributed to afterschool programs across every jcpenney community, thereby making it possible for more kids to spread their wings. 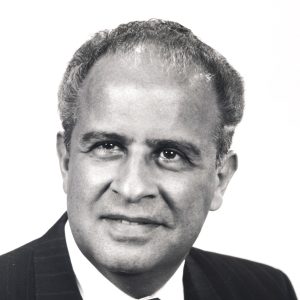 Vincent Naccarato is currently the chairman of Molto Capital and serves on the Advisory Board of the Institute of Design at IIT. He started his career in the housewares industry at Wilton Enterprises in 1969, then known as Wilton Industries, and purchased Wilton when it was a public company in the mid-1980s. Under his leadership, the business realized exceptional growth through the expansion of product categories and an undivided focus on the consumer in an effort to build a strong consumer brand. With the addition of such brands as Copco, Rowoco and Weston Galleries, along with an intense organic expansion of product categories, the niche cake decorating business became a major player within the housewares industry. Naccarato serves on the board of Iowa Wesleyan College, is chairman of the Naccarato Family Foundation and is a member of the Economic Club of Chicago. He is Trustee Emeriti of the DuPage Community Foundation for his many years of service and was a member of the IHA Board of Directors from 1996-2002, serving as Chairman in 2000-01.

Both Neil and Jane Golub are actively involved with their ‘Family in Business.’ Neil most recently was Price Chopper’s CEO and now serves as executive chairman of the board. Jane is the director, in-store marketing programs. Based in Schenectady, N.Y., the Golub Corporation owns and operates 128 Price Chopper supermarkets in New York, Connecticut, Massachusetts, New Hampshire, Pennsylvania and Vermont. The American-owned, family-managed company prides itself on longstanding traditions of innovative food merchandising, leadership in community service and cooperative employee relations. Together, Neil and Jane have dedicated their efforts to support causes that inspire positive change and instill hope. For more than two decades, they have served as regional chairs for the Special Olympics and played a pivotal role in underwriting the Wildwood School and The Center for Disability Services, both of which provide support and assistance to the mentally and physically challenged. Their other philanthropic endeavors include: annual support of The Breast Cancer Research Foundation; endowment of the Neil and Jane Golub Breast Care Center at Ellis Hospital/Bellevue Campus; co-chairing Ellis Hospital’s Health Care System’s Fund Campaign; Neil’s chairmanship of the board of Paul Newman’s Double H Hole in the Woods Ranch, Adirondacks, N.Y.; Neil’s service as the local co-host of the annual Jerry Lewis Labor Day Telethon and national Vice President for the Muscular Dystrophy Association for nearly 30 years; Jane becoming the first woman to receive the “Boy Scouts Citizen of the Year Award”; and Jane’s service as a longtime spokesperson for St. Jude Children’s Research Hospital.

Since the first gala in 1998, HCF has raised more than $22 million and has contributed in excess of $11 million to BCRF. For the last three years—2009, 2010, 2011—amidst the most challenging of economic times, HCF raised more than $2 million each year, record amounts, at its 12th, 13th and 14th annual galas in March during the International Home + Housewares Show. BCRF was founded by Evelyn H. Lauder. Ms. Lauder, a champion for finding a cure and prevention for breast cancer, passed away last November in New York City.

For more information about the HCF, its honorees and its charities, please visit www.housewarescharity.org or contact Paul Murphy at 508.272.0717 or pimurphy11@gmail.com.

To download photos of the HCF honorees, please go to http://www.housewares.org/images/charity12.zip