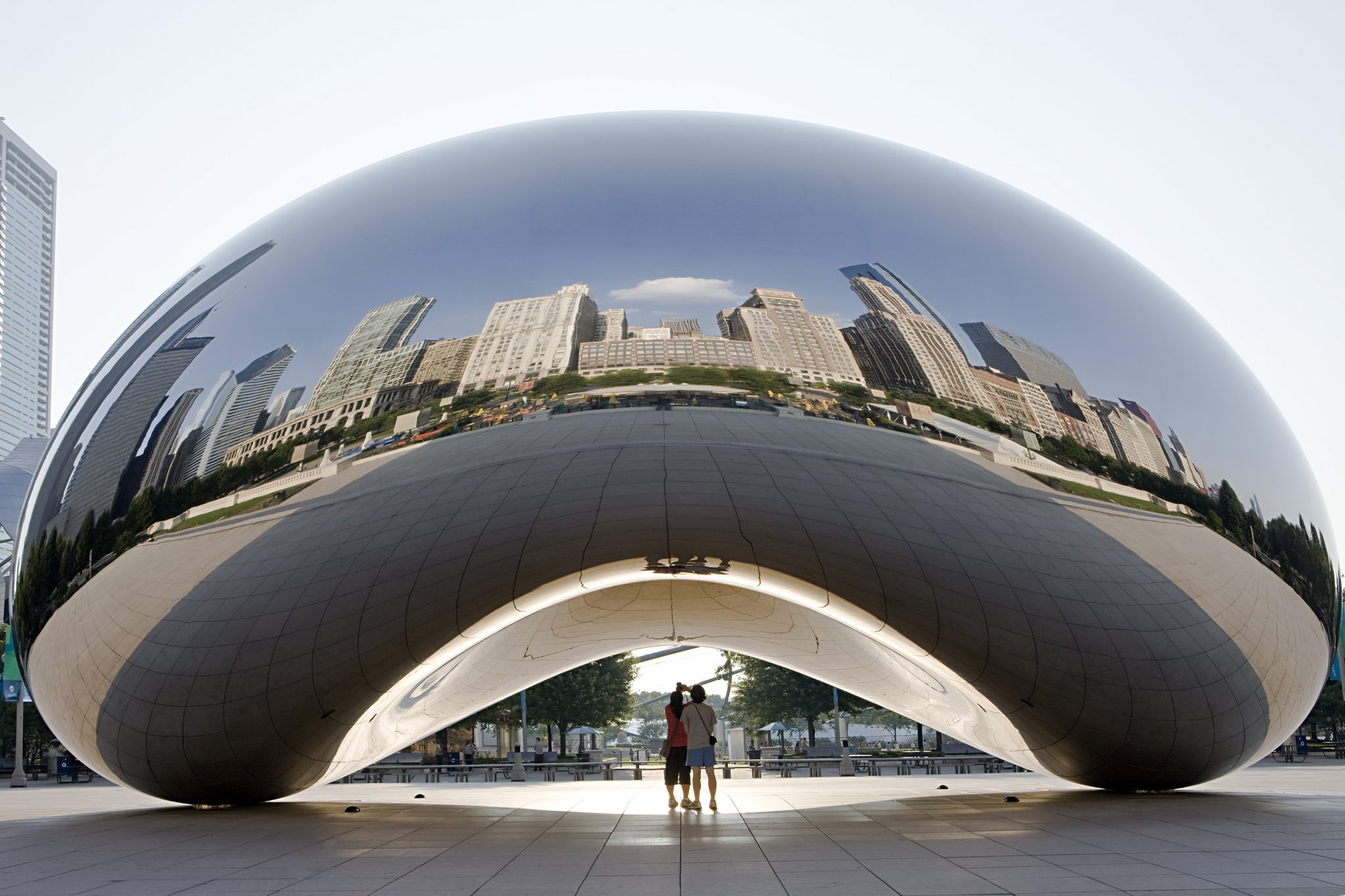 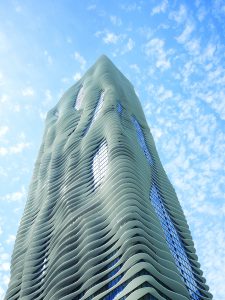 Anyone who has been to Chicago will tell you that the Chicago architecture is the thing that grabs your attention. Take a stroll by foot or an architectural tour by boat along the Chicago River through downtown Chicago, and you’ll start to understand why architects and designers have chosen to make their mark in this city.

Take the Aqua  skyscraper in the  Lakeshore East development – it’s the  tallest building in the world designed by a  woman, Jeanne Gang – and it’s one of the  city’s most arresting  landmarks. Looking  more like a gigantic  sculpture than an  office and apartment  block, it is  characterized by  protruding, undulating  concrete balconies  that give the effect of  hundreds of ripples.  Some days it even looks as though the  building is swaying in  dance like movements, and if you catch it in the right light, the reflective windows look like puddles of water suspended from the sides of the awe-inspiring building. It’s a masterpiece of design no matter which way you look at it.

Sculpture in Chicago is everywhere you turn. You only have to walk around a single suburb or stick to the city center, and you’ll literally run into one amazing structure after the other, each with their own story to tell.

The Agora sculpture garden is a great example of design that people can walk around and even through as they admire the startling group of headless, armless iron sculptures. Standing and seemingly strutting around the south end of Grant Park in Chicago, the sculptures that were designed by a Polish artist Magdalena Abakanowicz are certainly worth checking out.

Each is about 9-feet tall, weighs about 820 kg and is made from hollow, seamless pieces of iron that have been allowed to rust, giving the impression that the figures have been milling about for a long time.

Undoubtedly the most famous sculpture in Chicago is Cloud Gate, aka ‘The Bean’ in downtown Chicago’s Millennium Park. The Bean is 66-feet long, 33-feet high, and weighs over 110 tons. It was created by British artist Anish Kapoor using individual stainless steel plates – giving it a beautifully smooth seamless appearance. 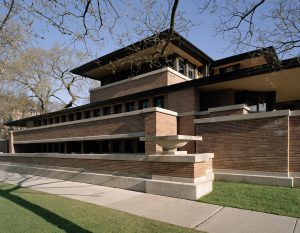 There’s something about the city that draws artistic people in, and in 1887, one of the world’s most renowned architects arrived in Chicago at the tender age 20. His name was Frank Lloyd Wright and he was looking for work. He certainly found it. The guru of architecture lived until 89 years of age, and in his life he was an exceptional architect, interior designer, writer and educator, who designed more than 1,000 structures and completed 500 works (he often designed the furniture for his buildings as well).

Wright was a man who was well ahead of his time, believing that design should work in harmony with humanity and its environment. He dubbed this notion ‘organic architecture,’ and it’s something that is today ingrained in most designers’ minds when they conceive ideas and work towards their creation. Wright believed that every structure he created was inspired by his philosophy that beautifully designed buildings make a difference in our lives.

If you want to get to know Wright’s work and the many trends he inspired, book a tour with the Frank Lloyd Wright Preservation Trust (www.gowright.org) and check out his Oak Park home and studio, which has been described by the trust as “an architectural laboratory.” You can also book tours through what is considered one of the most important buildings in American architecture – The Robie House on the University of Chicago campus.