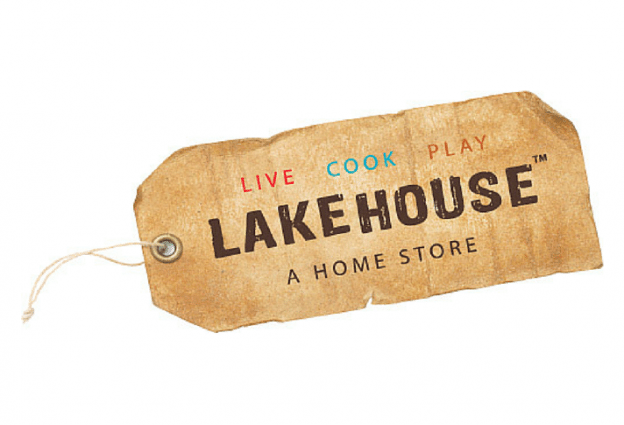 The Lakehouse from Canada was one of the five global honorees at this year’s IHA Global Innovation Awards (gia). The store reflects the spirit of the community in which it’s based, inspiring locals with products to suit their lifestyle, and offering tourists a taste of lake living that they can take home.

Five years ago, Sue and Ben Boschman were at the International Home + Housewares Show (IH+HS) in Chicago, standing in the concourse where the banners for the 2011 gia retail winners were proudly showcased. They looked up at the banners and thought: ‘What does it take to become an innovative retailer, upheld as the one of the best in the world?’

Seeing those banners inspired the couple to proceed with a business idea they had already formulated—opening a housewares and gourmet kitchen store in the town of Kelowna, on the beautiful Lake Okanagan in British Columbia. The lifestyle that the region offers is active and outdoorsy with an abundance of the finer things in life including activities such as skiing, cycling, sailing, wine tasting and fine dining.

So what better place to set up a retail store that not only celebrates a wonderful lifestyle in a beautiful place, but also inspires others to become a part of it?

The pair threw themselves whole-heartedly into their dream, but at first, everything seemed to go against them. “We were appropriately capitalized and had plenty of experience in business, but we were soon ploughed under by our own ambitious concept,” explains Ben. “Unpleasant events piled up and persisted to bring us down.” To name a few of the worst problems, while Ben and Sue were setting up the store, a massive pile of cardboard that had amassed in the parking area behind the shop caught fire, and three fire trucks were sent to the scene. Luckily the building was spared. A few days later, Ben cut off a tip of a finger in the car door and had to have it re-attached in the hospital. Then, the street in front of their store was repeatedly dug up, the work taking months each time, meaning access to their fledgling store was compromised for the first two years they were open.

“We often felt cursed,” says Ben. “And that saying: ‘I started my own business so I could work 12 hours a day instead of 8’, was way too appropriate. However, we hung in there and over the next four years things slowly improved.”

Sales began to climb each year, the store’s product mix became fine-tuned, the refreshed downtown streetscape was completed and looked fantastic, and their working hours reached something like normal. “Although, who knows what’s normal anymore?” Ben laughs. Sticking to their dream, the couple decided to enter gia, and found the process of doing so to be cathartic. “After five difficult years, we were starting to feel some success in terms of sales, and we were beginning to feel the operational burden lifting,” Ben says. “We started to think maybe our idea wasn’t so crazy after all!”

Then, just before Christmas, Lakehouse was chosen as the Canadian gia winner, and the hardworking couple finally felt that good karma was coming their way.

“The next part of the process, of creating our second round gia submission, was rewarding, and an opportunity to review our concept,” explains Ben. “We had sacrificed a great deal of time and money, and there was a lot of stress making Lakehouse work, not to mention staying married and raising a child while doing it! The gia submission became a way to express and understand our Lakehouse, for which we had sacrificed so much. In doing so, we realized that we had actually achieved our vision, and then some!”

Ben and Sue said they felt honored to attend the gia gala dinner and awards. “We felt thankful that our industry peers had promoted us to that level,” says Ben. “The thought of becoming one of the five global honorees was not only beside the point to us, it felt unlikely, and even unnecessary, because we had already won by just being there. So when the spotlight shone on our table and the announcer said ‘Lakehouse’, we were truly stunned. I am never normally unprepared or at a loss for words, but on the way up to the stage Sue said: ‘You have an acceptance speech don’t you?’ I said: ‘Yes, yes’ – but the truth is, it was a blur, and I have no idea what I said!”  In particular, Sue and Ben felt inspired when the gia winner of Denmark, Illums Bolighus, accepted their award, and told the crowd that they had waited 70 years for it.

Lakehouse is different to many of its competitors, because Ben and Sue have woven home décor and gourmet kitchen products together in the one 400 square meter space. “Lakehouse is assembled like a great recipe, combining unique ingredients to create an exceptional and unexpected experience,” says Ben. “Our mission and purpose is to provide our clients with a unique shopping experience by showcasing products that have purpose and great design, and within our walls to reflect all aspects of the Okanagan home and lifestyle. We aim to further enhance this experience by providing excellence in customer service.”

The pair certainly do this, and to use Ben’s words, “and then some.”

“Our slogan: ‘Live. Cook. Play,’ also evokes the lake culture that the Okanagan region is so well known for,” explains Ben. “And our product mix then responds accordingly.”

Sue and Ben also love the sense of community and family that comes from their staff, neighboring businesses, suppliers and company representatives. “And did I mention that we get to take our dog to work, and sometimes we even drink wine in the store?” says Ben with a laugh. The couple both smile, content in knowing that they love everything they do. “We never look at our watches to see when the shift is done, and we love the variety and flexibility that our work provide us with, such as being able to dash out and pick up our daughter when school finishes. And importantly, retailers have an opportunity to express themselves creatively—our Lakehouse is like a blank canvas that is constantly being improved and revised. The truth is, Lakehouse will never be done. It will always be in a state of development.” Ben’s surname of Boschman is Dutch, and he’s very proud of the heritage linked to it. “Hundreds of years ago, my ancestors moved across Europe to Russia, from where they immigrated to Canada at the beginning of last century. They, and immigrants like them, homesteaded in the cold, unforgiving Canadian prairies—most working as farmers and some becoming merchants,” he explains. “My great grandpa, who was a true innovator, owned a hardware store in a small town that he developed into a department store. My grandpa opened the first coin-operated laundry in our province in the late 1950’s. My dad learned much from him, and was a farmer who then became a businessman. So really, Lakehouse is a culmination of history, ancestors, great efforts made and lessons learned,” he pauses, obviously reflecting on their own efforts over the past five years. “We hope to be like Illums Bolighus, in that someday someone will say: ‘Lakehouse started 70 years ago.’ Being a part of gia made us realize that this is now actually possible.”

For more information about the gia (IHA Global Innovation Awards) program, the co-sponsors, or participating in 2016-2017, contact Piritta Törrö at piritta.torro@inspiredconnection.fi. Additional information on the gia program is also available online at www.housewares.org/show/gia-retail. 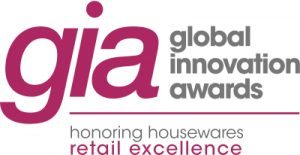