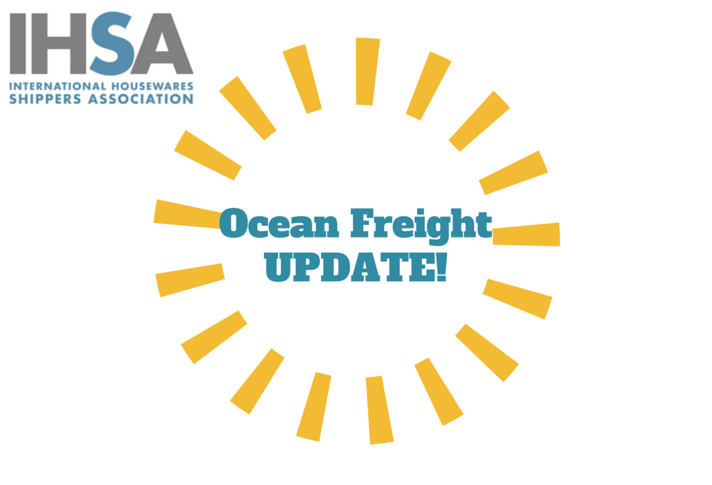 The International Housewares Shippers Association (IHSA) has been closely monitoring freight rates in the Asia to United States market. The carriers have made eight attempts to increase freight rates in this market since May 2015. Every attempt failed until July 2016. The biggest obstacle to the previous attempted increases was simple economics. The amount of capacity in the trade far exceeded demand.

The carriers have shown repeatedly over the last thirty years that they lack the discipline necessary to increase rates when overcapacity is prevalent in the market. Instead, the carriers usually react by slashing rates in hopes of gaining market share. This strategy never worked in the past and it certainly did not work over the last twelve months. The only strategy that worked consistently over the years was a concentrated effort by the carriers to remove excess capacity from the trade. Carriers have been threatening to remove capacity since December 2015 unless freight rates rebounded. The rebound never materialized, so carriers slowly but systematically began removing capacity. The capacity reductions had the desired impact the carriers wanted in the market. Space tightened considerably in July causing an increase in freight rates heading into the busiest shipping period.

Over the last decade, the one consistent factor in the Asia to United States market is how quickly the freight rates can change. IHSA freight contracts are structured so that members are not impacted by these large fluctuations in rates. The rate increases that were implemented in July did not impact IHSA members. The same will hold true for the proposed August increases should they hold in the market.

Freight rates that were $700 in June, nearly doubled in July and could approach $1700 in August 2016. Due to this volatility, IHSA has elected not to participate in the spot rate market. IHSA negotiates freight rates that are fixed for the term of the contract allowing members to budget with confidence. In addition to rate stability, space is protected. When space is tight, some shippers are forced to pay higher rates in order to secure space on ships. That is not the case for IHSA members. Carriers allocate IHSA space based on the original contract rate levels. Bottom line, IHSA members will have a sizeable competitive advantage if the spot rates take the expected increase in August.