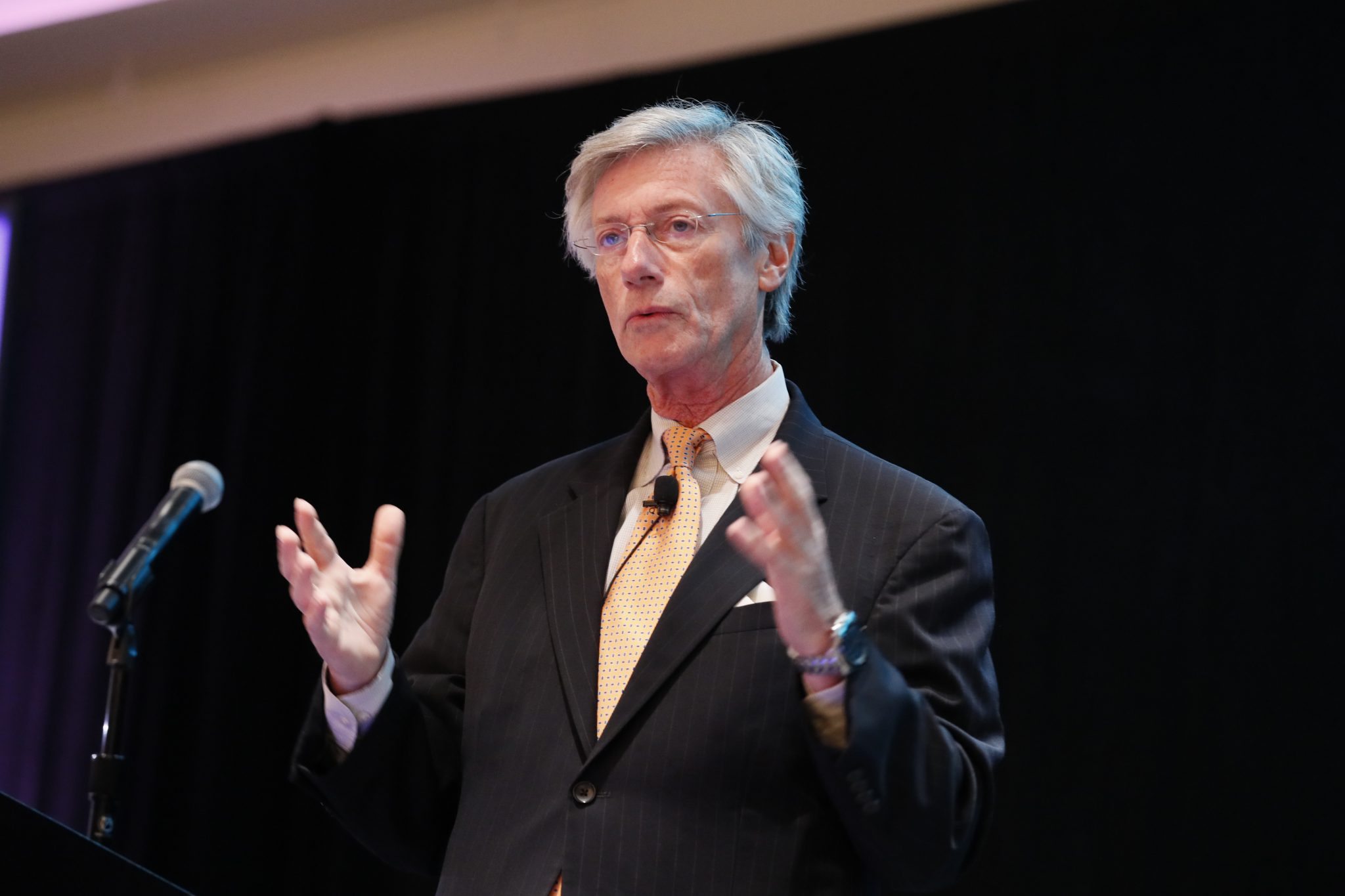 After lunch and information about the services offered by CHESS sponsor companies, Bernard Baumohl presented a thought-provoking analysis of current domestic and international economic and political conditions. Baumohl, chief global economist at The Economic Outlook Group, based in Princeton, NJ, specializes in economic analysis, forecasting and geopolitical risk assessment. The firm’s principal goal is to anticipate economic events and identify potential domestic and international risks that can significantly alter the business and financial climate.

Baumohl began by stating in these challenging times, we can no longer use traditional economic models, we need a more holistic view and must look at the many inputs.  We must become political economists to interpret contradictory trends and paradoxical conditions. All economic forecasts for the U.S. must reveal expectations for who will occupy the White House in January 2017.

Baumohl began by assuring the audience that many indicators are favorable. Domestically, U.S. economic fundamentals are strong, employment and income are improving, government spending will accelerate and post-Brexit worries are subsiding. Internationally, the global cost of borrowing will remain low, China’s leaders will avoid a crash landing; Europe and Asia are still expected to grow. Assuming Hillary Clinton wins the election, we see the odds of U.S. recession less than 25% through 2018, with the economy picking up momentum.  Viewing the U.S economy as a table with four legs: consumer spending, government spending, trade, and business capital spending, he would address each topic.

In the consumer market, the main drivers of household spending are strong: the job market continues to improve, household balance sheets stabilized, and household net worth is at a high.  Wages are rising faster than inflation for more purchasing power and consumer confidence has increased. Employers are having a hard time filling job needs. Thanks to the improving economy, demand for housing is rising. Mortgage rates remain low and home inventories are tight. 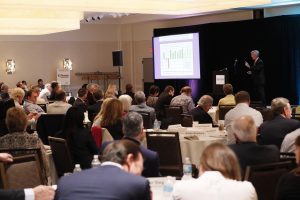 The geopolitical pot is boiling furiously and Baumohl alerted the audience to mounting global threats.

Baumohl then compared economic aspects of the Trans Pacific Partnership (TTP), which involves the U.S. and 11 Pacific Rim nations (but not China) and the Trans-Atlantic Trade and Investment Partnership (TTIP), which affects the U.S. and European Union nations. The TTP is the largest multi-national trade agreement in history with huge economic and geopolitical impact. Both sets of agreements are impacted by U.S. election year politics.

The TTIP has also been slowed by events in Europe such as the weak economies of some of its member countries, loss of trade with Russia due to sanctions over its actions in Ukraine, plummeting exports to China and emerging countries, the stress of absorbing millions of refugees from the Middle East, terrorist strikes and Brexit consequences.

Some U.S. firms will encounter hardships because BREXIT has raised the dollar’s value, which may affect trade competitiveness and U.S. companies (mostly financial services) that relied on UK as a gateway to EU now face relocation costs.

However, the fall in the Pound lowers the price of UK financial and real estate assets. American companies will benefit as France, Belgium and Germany offer attractive incentives for U.S. subsidiaries to relocate to their cities.

As recent worldwide events have shown, shocks will be more frequent and more consequential. All businesses now bear exposure to event risk and should take steps to prepare.

Geopolitical eruptions cause damage in these main ways: 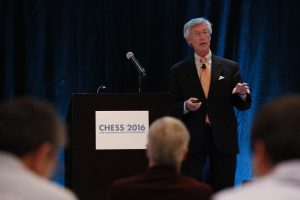 CYBERTHREATs from foreign hackers
Costly in time and money to discover and recover from breaches.

SAUDI ARABIA
Terrorists strike the Kingdom and its energy infrastructure.

RUSSIA
Tensions build over Syria, Ukraine and NATO forces in Eastern Europe. History has shown that Russia will exploit Western vulnerabilities, especially in the lame duck sessions of a U. S. presidency and the early months of a new presidency.

IRAN
Suspicion grows that Iran is cheating on the nuclear accord and ballistic missile tests.
Power struggle and civil conflict between factions in advance of May 2017 elections.

Companies Must Prepare for Risk

Widely recognized for his forecasting accuracy, his economic and geopolitical projections have been frequently cited in major business and general interest publications and on television. He has been a commentator on public television’s Nightly Business Report. He teaches at the New York Institute of Finance and has lectured at major universities.

Mr. Baumohl was an award-winning economics reporter with TIME magazine who covered the White House, Federal Reserve and Wall Street. His classic best-seller, The Secrets of Economic Indicators: Hidden Clues to Future Economic Trends and Investment Opportunities, Wharton School Publishing, 2005, has helped investors, business strategists, and policymakers worldwide translate the massive flow of economic data into knowledge for intelligent decision-making. Now in its third edition, Wall Street Journal called this book “…the real deal,” saying it “miraculously breathes life into economic indicators and statistics” for professionals who need to understand the true meaning of the latest economic trends.