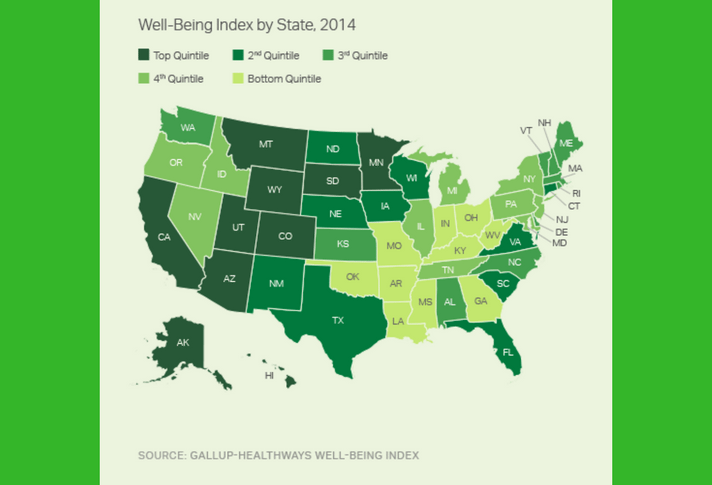 Although much ado is made about the millennial generation’s potential influence on retail, Americans above the age of 55 are a key consumer group to retailers. The Baby Boomers have the money and many have the leisure time to get involved with hobbies, like taking cooking classes, which might lead them to buy new cookware, or DIY classes that might lead them to pick up a new yen for home accessories.

And a new study finds that Americans tend to get happier as they grow older. But that depends on which state you live in. Based on the annual Gallup-Healthways Well-Being Index, a report found people 55 and older are doing better than young people in many ways, including financial well being.

When it comes to having more disposable income, older people thrive at a rate of 53 percent, compared to 33 percent for younger people, the report found. Older people are also more involved in their communities, they have more sense of purpose and scored higher on measures for community, purpose, social and health.

The survey reached 115,000 older Americans over more than a year, and during that time they expressed higher satisfaction with their standard of living, said they worried less about money and also said they had enough money to do what they want. More of that group reported having health insurance and a doctor they liked and were less likely to be obese or depressed than younger folk.

The states where older people are happiest though, made a big difference. Top happy states included Hawaii, Arizona, New Hampshire, North Dakota and Colorado; those where people reported not being so happy are West Virginia, Kentucky, Oklahoma, Ohio and Indiana.

One factor affecting the differences in the rankings is anti-smoking legislation, which correlates with higher rankings on the well-being index in states than ban smoking in public areas like bars and restaurants.