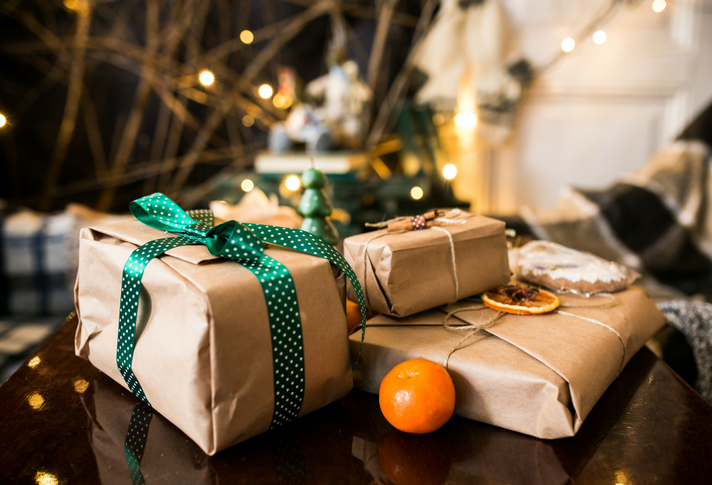 From wedding registries to gift baskets, gifting gives back to kitchenware and housewares retailers all year long. The tradition of giving other people presents drives sales during the all-important fourth quarter and retailers spend their year plotting a strategy to stock and merchandise the products that their customers will want to give to others.

But what makes a good gift after the wrapping is torn off? Academics want to know, and think they may have some insight. And that insight might help retailers avoid some returns. A new study that explores the way people buy and give gifts offers some conclusions that may have an impact on how store owners could go about their selling and purchasing decisions.

Number one? People think more about the moment of receiving the gift than the follow-up to actually owning the gift. They should not do that. An example, says Indiana University Kelley School of Business professor Elanor Williams, is the large Himalayan salt block her parents gave her for Christmas one year. Her parents knew she loved to cook and entertain and thought the gift would be special. But Williams says she returned the gift to the store and bought “an extremely boring” teakettle she now uses every day.

“The biggest mistake that people make is that they end up thinking about gift giving as a gift giver, instead of from the point of view of a recipient,” says Williams, an assistant professor of marketing and a co-author of the new study published in the journal Current Directions In Psychological Science. (She co-authored the paper with Jeff Galak, an associate professor of marking and Julian Givi, a doctoral candidate at the Tepper School of Business at Carnegie Mellon University.) ‘They often end up neglecting important things for the recipient, including their preferences,” she notes.

This is not a shocker for retailers who must deal with those disappointments as the ‘presents’ come flooding back into the stores in January.

“The recipient obviously matters, but it’s a lot harder for givers to think about them than it is to think about yourself, and I think that’s where a lot of mistakes come from,” Williams adds. “They get stuck in this role of being a giver and have a hard time getting out of it and thinking like the recipient does.”

According to the paper “Why Certain Gifts Are Great to Give, But Not to Get: A Framework for Understanding Errors in Gift Giving,” most people giving gifts think about the moment of exchange – the unwrapping if you will – rather than the reality, which is that the recipient is trying to figure out how to use the gift. And the divide between the two is that moment when those returns happen for retailers.

“A good gift is going to be a match between the giver and the relationship and the recipient,” Williams says. And that is where a well-trained retail staff can make a difference.

Here are some of her tips, and they might come in handy for those retailers who want to nip gift returns in the bud:

“You can give a useful thing but also a little bit of fun,” Williams says. “This might make givers a little happier to give the useful thing because they won’t feel like they are making the mistake of giving a boring gift.”