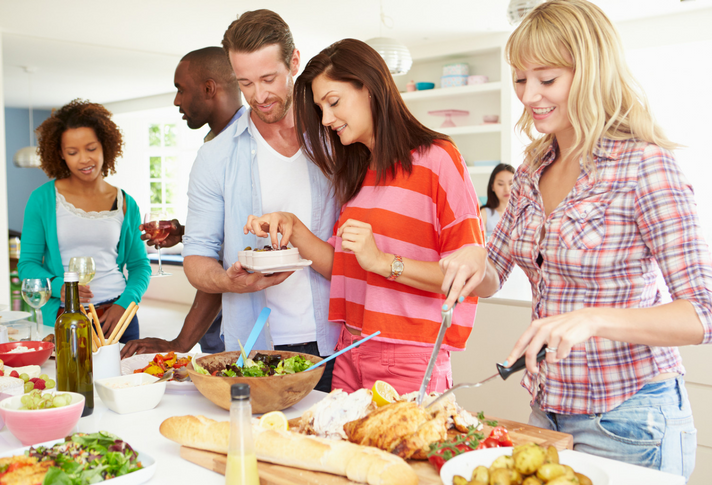 Despite vast differences in geography, climate and clientele, retailers across the country point to similar consumer trends they say are helping drive business this summer.

For instance, from the Deep South to the Far West, products that inspire healthier cooking are a hit with shoppers; the market for grilling tools continues to flourish year round in all sorts of weather as more consumers cook out of doors; and store owners report that getting more local (both in terms of products and community involvement) is a must for independent retailers.

Dave West, chef and owner of the Rolling Pin Kitchen Emporium says “experience-driven products” are one reason he offers grilling classes. The idea is that shoppers like buying product from places where they can also see, touch and learn how to use the item, versus the lack of “experience” online shopping provides.

Thanks in part to the cooking school, West says grilling products are among the hottest selling products at his store. Classes on the Rolling Pin Kitchen Emporium cooking class schedule fill up quickly; most grilling classes offered on the store’s web site were listed as “waitlist only” this summer.

Indeed, according to the Hearth, Patio & Barbecue Association, grilling has become a year-round activity for consumers with 61 percent of North American grill owners firing up the ‘cue despite the weather, and 10 percent of grill owners stocking a complete outdoor kitchen—complete meaning one with dishwashers and mini fridges.

“From tools and gadgets like corn holders, tongs and grill brushes, anything that has to do with grilling is hot,” says Hoem. Klinedinst adds that the outdoor cooking trend helps open the door for other products, like as locally made barbecue sauces and spice rubs, and says she tries to support other local businesses by stocking such products in her store. 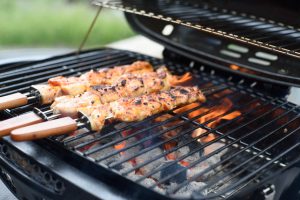 Klinedinst also gets involved with the local community, as do other retailers, who find joining community boards and commissions keep them informed about issues that may affect their retail businesses.

That is especially true in locations like Sioux City, where Plum’s sits on a traditional Main Street, and customers walk from store to store on shopping excursions and retailers find their neighbors are often other small stores with similar issues.

From meetings with other retailers about parking to participating in events to promote a retail district, independents say the time spent on town boards is worth the effort. Marcia Jochem, owner of Thyme in the Kitchen, in Evansville, Ind., serves on several retail associations in town, doing so since opening her store three years ago.

“We’ve been very welcome in the community,” she says. “We were chosen small business of the year last year by the SW Indiana Chamber of Commerce.”

Jochem says she works with other retailers to promote mutually beneficial shopping events like sidewalk sales and Shop Small Saturday. Such sales generate excitement says Martha Nading, owner of The Extra Ingredient, in Greensboro, N. C., who adds her store’s annual sidewalk sale, “is a big deal for us and our customers.”

Those events provide a chance to make money and generate foot traffic, but are fun, too. “In the summer on the first Friday of every month we have an art and wine walk through the shopping area,” Klinedinst says of the businesses in her store’s neighborhood. The retailers team up to host a seasonal block party that she says gets a big turnout.

“The parking lots fill with thousands of people. There are local bands, food vendors and beer, and admission is free,” she says, noting the event is a big boon to foot traffic in the shopping district.

And while corndogs are eaten and beer swilled during those festive sale days, retailers add that once back at home customers want to cook healthy meals and are looking for products that make healthy cooking easy and convenient.

This comes as consumers show more interest in where their food is coming from and how it is grown: Organic products can be found in the kitchen of nearly 83 percent of American households, according to recently released data from the Organic Trade Association.

Even snacking seems to be getting “cleaner,” with 32 percent of consumers in a Mintel survey reporting that the majority of the snacks they eat are healthy. Jochem says that people spending more on healthy food are likely to spend more on cookware. “You want a nice vessel to cook in if you are spending that much on your food,” she says. “You don’t want to cook expensive food in a cheap skillet.”

Products that make it easier to cook healthy meals do well, says Amy Pomp Lorette, general manager of Mrs. Cook’s in Seattle. “Spiralizers continue to be hot,” she says. “And the Fagor Lux multi-cooker is hot too.”

“We featured it as our gadget of the month in March and were blown away by the number we sold,” she says about the multi-cooker, adding that those sales were boosted by store demos. “We’ve also had a resurgence in interest in Sous Vide cooking and are trying to partner with one of the several local companies that are marketing circulators.”

And then again, some hot selling products seemingly come out of nowhere, and independent retailers can only sit by and wonder how to make the magic happen again next year.

Ben Salmon says a line of Turkish pottery he discovered is doing “amazingly well”, as are coasters he found during the International Home + Housewares Show.

“I don’t know how it happened,” Salmon, owner of Kitchen a la Mode, in South  Orange, N.J., say, of the coaster craze. But he adds that the colorful mosaic coasters, which are made of silicone so they don’t stick to cups, are snapped up by shoppers looking for gifts.

“What is selling well right now is gifts. When you sell quality merchandise people don’t need to replace it. But you always have to buy gifts,” he says.

As to the next hot trend, retailers say they keep looking. “Fermentation?” wonders Nading. “We are just beginning to have some interest in it, so it’s too early to tell.”