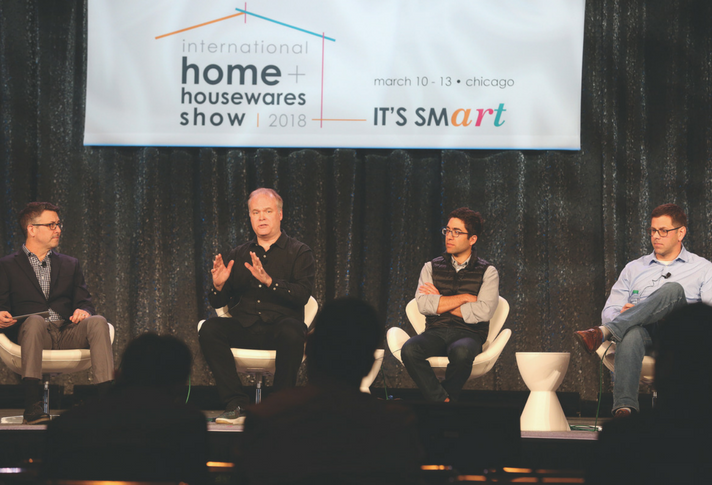 Seven years ago, Groupon and LinkedIn investor Marc Andreessen said something incredibly important – something that, at the time, few people really understood the gravity of. Andreesen claimed: “Software is eating the world.”

Fast forward to 2018, listening to talk about the future of smart kitchens, his comment certainly rings true; however, now one could probably take the comment a step further and say that people are literally eating software. In the quest for simplifying life and making people experts at things that once only the experts did well – such as making perfect cocktails, creating delicious nutrition-laden meals and whipping up a meal that once only existed in the repertoire of the MasterChef – we have entered an era where software doesn’t just change our lives, but rather, manages it.

During Sunday’s keynote session at the 2018 International Home + Housewares Show, “The Future Kitchen: Building Smart, New and Sustainable Business Models,” Mike Wolf, creator and founder of the Smart Kitchen Summit, and a panel of housewares suppliers, inferred that the heart of the smart kitchen is not the smart oven, fridges or cupboard, but rather software, and that the goal is to perfectly synchronize hardware and software. Joining Wolf were Mike Wallace, CEO of Perfect Company; David Rabie, CEO of Tovala; and Jon Jenkins, director of engineering, Hestan Cue.

The Show, owned and operated by the International Housewares Association (IHA), is held annually at McCormick Place in Chicago and features more than 2,200 exhibitors and nearly 60,000 attendees from around the globe.

As moderator and Smart Home expert Mike Wolf said: “In 2018, the rubber really hit the road.” There has been a steady build-up to this in the last few years, but today product designer and software companies are teaming up in the name of creating a smarter kitchen that will soon mean that human beings will not have to do any of the hard work in the kitchen. 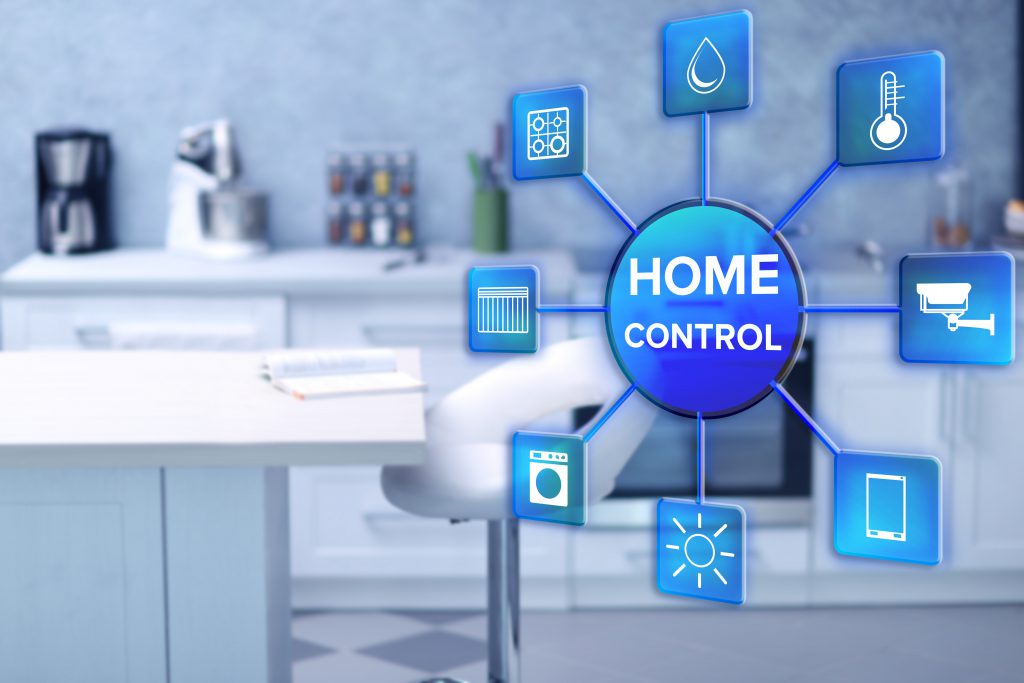 Perfect Company was created by Mike Wallace five years ago after he and a friend agreed that neither of them could create a perfect Moscow Mule. Having long-been inventing innovative toys, Wallace was no stranger to invention, but his new product would revolutionize the way people approached making drinks in their home.

“My friend and I hooked up a kitchen scale to a computer and in doing so, we created the basis of a product that measured the correct ingredients to make the perfect cocktail,” he explained.

The creation was called Perfect Drink, and today, Perfect Company has sold hundreds of thousands of the products. Wallace has also launched Perfect Bake and Perfect Blend. As suggested by the names, Perfect Bake means people can’t go wrong with making some cupcakes or cookies and Perfect Blend makes everything from a sauce, marinade or smoothie to nutritious baby food a cinch.

The bonus is that the products gather data so that Perfect Company knows more about its buyers. For instance, on the Perfect Drink app, users input all of the alcohol they have on hand in order for the app to tell them what cocktail they can make and so Perfect Company can ascertain what those people regularly drink at home. The data is also crucial when it comes to understanding drink trends and the company’s demographic, such as whether the Cosmo is more popular in Los Angeles or New York City (turns out New Yorkers love a Cosmo), and they now know through data collection that most people who drink Long Island Iced Tea cocktails went to college but didn’t finish their degree.

“Our partners, such as Vitamix for instance, can then learn some more about marketing trends,” says Wallace. People also comment online about what they’ve created, showing how it looks, and providing more data and the ability for Perfect Company to grow sustainability, as they have a great gauge of their market/demographic.

Tovala makes a smart oven and a food ordering service to complement it. Consumers buy the oven for $199 USD, and then sign up to be sent delicious, nutrition-rich meals that arrive with all measured ingredients, ready to be cooked in the oven. “The oven is Wi-Fi connected, so it downloads the recipe. All the customer does is scan the barcode on the meal and the oven does the rest for them!” Tovala’s Rabie said. 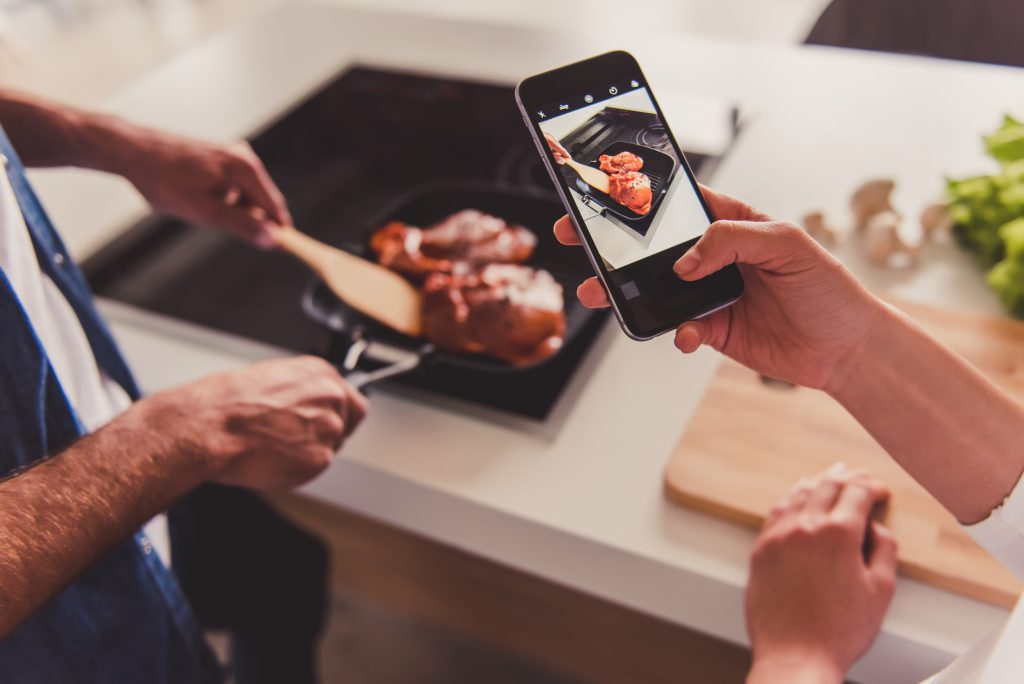 He believes that an inventor should ask three questions to ascertain whether a product will work in the market: “Why you? Why this? and Why Now?”

Rabie also believes that it is the right time for his products to be in the market because the housewares industry has reached a time where costs for creating smart products have been reduced, and people want things of high quality, quickly. Healthy eating is also on the rise, and with smart phones so many things are accessible at the touch of a fingertip. Rabie says that we have reached the juncture where food and technology have merged and that in 5-to-10 years, the loop will have been closed.

“Companies are solving problems such as helping someone who couldn’t cook well or someone who didn’t like to cook make great meals,” he says. “Now is the right time.”

Hestan Cue’s Jenkins has worked most of his life on software, but now is working just as much on hardware.

“Most people’s vision is still set on the hardware, but consumers are smart,” he warns. “If the only reason your software exists is to sell a product, that’s not good enough. It’s not enough to make a product popular anymore. Hardware is an enabler, but it’s how software and hardware work together that matters.”

Jenkins uses an example that many have seen on social media: a comparison of what someone wanted to cook or make after seeing a great photo of it online – for example a salmon dish – next to a realistic photo of how that salmon dish actually turned out. The two things are usually entirely different, and his point is simple: if there is variance in the method of how the salmon dish is made, there is room for a mistake. There is room for failure. If you input a certain code many times, if it is the same, you will get the same result. If you put something slightly different in, you’ll get a different result. If a smart product is a truly great product with great software, the end result will also be great, Jenkins said.

“The aim is to eliminate tasks that humans are bad at,” he says. “Allow software to do the things that human beings can’t do well. Take the drudgery away from the task and you’ll have a better result.”

And the best news for retailers is that this brave new world is affordable, and so the manufacturer, retailer and the customer all benefit from the situation. “Whether an app is created for one person, or for a million people, it costs the same,” Jenkins says, then adds some advice: “Remember that it’s all about partnerships. “One brings the software, and the other brings the product. Work together.”