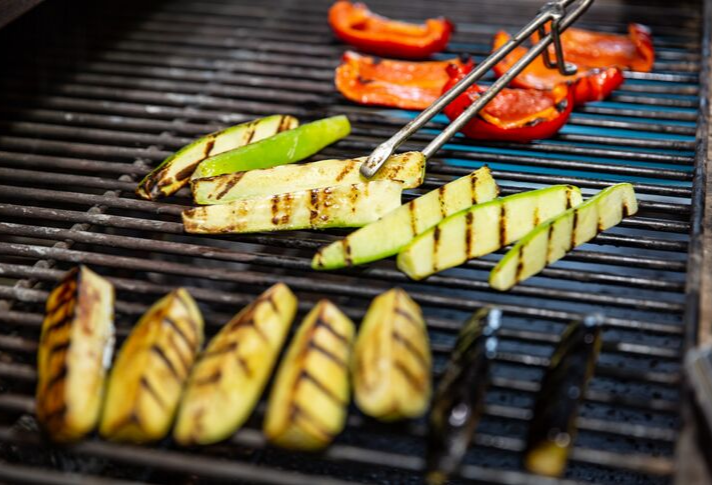 Traditionally a way to dump overstock merchandise and have fun with neighbors, street fairs and sidewalk sales are not as popular with independent retailers as they used to be. Most retailers interviewed for this story have participated in sidewalk sales in the past, but now have decided to take a pass on the events, citing staffing issues among other things.

“We used to do a huge tent sale for three days,” says Dave West, chef/owner of Rolling Pin Kitchen Emporium in Brandon, Fla., “but weather, humidity, rain, overnight security and theft caused us to move it inside.”

Instead, West has opted for semiannual sales to remove slow moving and discontinued stock. West, who runs a cooking school, also does an annual “kitchen garage sale to get rid of items used in the kitchen that have been discontinued.”

Up in Ellsworth, Maine, Pamela Elias, owner of Rooster Brother agrees. “We did not have an outside event this year,” she says. “We did try that years ago, but it was an enormous amount of effort without stunning results.”

Like West, she brought the sales items inside. “Now we have an area on the floor above our main floor that is open only in the summer. It is called ‘The Second Story’ where we have close-outs, discontinued items and other good values. That works very well,” she says.

MaryLiz Curtin, owner of Leon & Lulu in Clawson, Mich., isn’t worried about theft so much as staffing for outdoors sales. “We’ve dragged stuff outside but then it must be attended. Not to prevent theft, because by the time it’s out there we would be happy if someone stole it, but just to answer questions,” she says.

She also notes that with sidewalk sales, it is all about location, location. “I think the only time sidewalk sales work is if you have a big community with lots of stores participating,” she explains. In her situation, with one store holding an outdoors sale “it attracts people because they know you are having a sale, but it is a pain in the behind.”

Gina Crane, manager of Kitchen Kneads in Ogden, Utah, agrees.  “We haven’t done one this year. We did one last year and it wasn’t as successful as we hoped.”

Still the method has proven successful for some stores, especially those located, as Curtin noted, in communities with many stores. Jodi West, buyer for Pittsburgh’s In the Kitchen says she is doing two sidewalk sales this year.

“This June we had a very successful sidewalk sale,” West says. “We made it fun.” There was no paid advertising, because as West says, “we are typically losing money when it comes to a sidewalk sale, as the product is either at our cost or sometimes lower.” The store will hold another sidewalk sale in August.

To understand their success, West sets the scene: “We are in a very historic part of Pittsburgh, known as the Strip District, an area that has developed into a market district filled with ethnic food purveyors, art studios, unique boutiques and other businesses,” she says. In the summer months farmers’ markets and street vendors set up shop on the weekends, adding to the festive atmosphere.

West’s strategy for a successful sidewalk sale begins with perfect weather. “We used a tent big enough to cover the sidewalk, which encouraged customers to take a break from the sun,” she says. “We had water for the dogs, which people really enjoyed.” Aside from the hospitality, a bit of haggling adds drama.

“We negotiated prices, and left the customer feeling like they got a really good deal,” she adds. Outside the store it was cash only, but West waived the sales tax. The end result was that the store’s clearance area was “cleared out so it was very successful. Plus, during the slower summer months, being able to collect some cash flow was a huge accomplishment,” she said.

And the cheery attitude and friendly set up of engaging with people on the street paid off. “We feel like we drove customers into the store as well,” she said.

Engaging people outdoors isn’t limited to sidewalk sales. The Chopping Block in Chicago uses outdoor events to promote its stores, says Andrea Miller, marketing manager. While the retailer didn’t do any sidewalk sales this year, it will participate in outdoor events. “We will be at Lincoln Square’s Apple Fest, which is an outdoor festival in October. We will sell our famous apple pie, by the slice,” she said, thereby reminding festival goers of the Chopping Block’s strong cooking school program.

And that program goes outdoors with grilling in the summer. “We host outdoor grilling classes on out patio at Lincoln Square location every year, including our popular, intensive, day-long Grilling Boot Camp,” she explains. Hands-on grilling topics range from basics such as Seafood on the Grill, Grilling 101 and Beef on the Grill to Vegan BBQ and a plethora of other themed classes.

Surely, the smells coming from the grill alone would attract customers to the store.