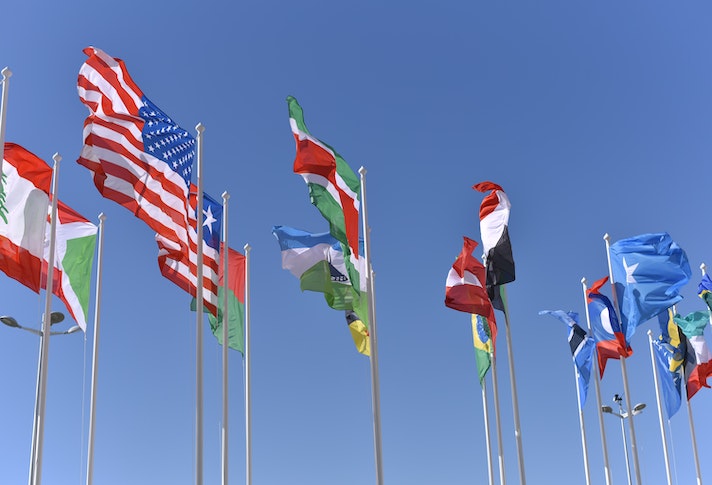 As COVID-19, or Coronavirus, continues to spread across the country and the world, the most important conversations we are having now are how to stay safe and how to protect the economy from a sudden drop in activity. However, a secondary theme that we are tackling at Arizona State University’s Thunderbird School of Global Management is how COVID-19 will shape the global economy. For instance, will China retain its position as the factory for the world, or will businesses be forced to seek out alternative locations for manufacturing? Should businesses move their operations back to their home country? How can businesses prepare for a new direction of globalization, whatever that may be?

While full answers to these questions may not emerge for months, or even years, we do have many tools that allow us to put these recent events, and their impact on global management, in perspective. In this paper, I place the Coronavirus outbreak within the broader conversation about the future of globalization and explore its implications for managers.

A Brief History of Globalization

In the latter half of the 20th century, business leaders, politicians, and economists embraced a new euphoria over the prospects of globalization. Many closed economies, such as Russia, Eastern Europe, and China were opening their economies to western companies. New technologies, such as the Internet and Voice over IP, were driving down the costs of doing business abroad. More goods that were being produced were digital (e.g., software, MP3s) and could be created anywhere in the world and “shipped” for free along fiber optic cables. The rise of intermodal transportation was driving down the cost of shipping physical goods. And new trade deals, such as NAFTA and the Eurozone were eliminating barriers to cross-border trade.

Because of these developments, the message we, as business professors, were sending to managers was clear: embrace globalization or get steamrolled by it.

Around the turn of the new century, however, we saw this paradigm slowly begin to shift. Anti-globalization protests at the 1999 World Trade Organization meeting in Seattle allowed activists to organize into a more unified group. The 9/11 terrorist attacks raised questions of whether opening our borders exposes us to harm. The 2008 sub-prime mortgage crisis caused numerous countries, such as Greece and Iceland, to ask whether their economies are too dependent on the U.S. and the European Union. The 2015 European refugee crisis led to widespread concerns that a flood of foreigners would not only decrease safety, but also destroy European cultures.  And the loss of jobs to China and Mexico has caused many politicians (both liberal and conservative) to embrace a clear anti-globalization message.

One poignant reminder of this growing concern over globalization is the recent dispute between China and the National Basketball Association (NBA). In 2019, Daryl Morey, the general manager of the NBA’s Houston Rockets, tweeted his support for Hong Kong protesters that were defying a Chinese crackdown on democracy and free speech in their city. China’s response to the tweet was swift and harsh. It prohibited Chinese companies from doing business with the Rockets; it terminated the Chinese Basketball Association’s affiliation with the team; and it demanded that the Rockets fire Morey.

Given China’s position as the NBA’s largest international market, NBA commissioner Adam Silver and Rockets superstar James Harden soon issued apologies to China, stating that Morey was out of line. This capitulation led many to the sobering realization that globalization can be turned into a political weapon by totalitarian governments to eliminate basic rights, such as free speech and democracy, in other countries.

In short, what began in 1999 as a small murmur of discontent has now turned into a full-throated shout that globalization may not have delivered what it promised.

In many ways, the COVID-19 outbreak can be seen as a continuation of this broader debate about the costs and benefits of globalization. The rapid spread of the disease from China to Italy, Spain, the U.S. and elsewhere demonstrates how vulnerable we are in an interconnected society. Carriers of the disease can easily travel from locations where the disease broke out, such as Wuhan Province China, to almost any place in the world within a few hours. One cannot help but wonder if less permeable borders would have contained the disease.

From a business perspective, the outbreak is also causing many companies to reexamine their dependence on other countries for their survival. Apple, which sources most of its devices from Chinese-based Foxconn, is learning this lesson the hard way. While Apple has benefitted for years from cheap labor in China, it is now finding that its overreliance on that country is leading to delivery delays and other headaches.

These obstacles that come not only from the Coronavirus, but also from the broader retrenchment from globalization that preceded it, are pushing companies to confront their exposure to the global economy and reevaluate how they manage their global supply chains. The challenge, however, is that these events may be shining a spotlight on the challenges of globalization, but few companies have a firm grasp of what alternatives to pure globalization, as envisaged as late as the 1990s might look like, thus leading to the questions posed in the introduction of this paper. As my colleague at the Thunderbird School, Dr. Allen Morrison remarked, when asked about these issues, “That is the question of the century.”

If We Don’t Know the Future of Globalization, What Can Business Do?

Effective managers will be those that recognize that perhaps no-one knows exactly what is happening. These are the managers that are able to remove themselves from their emotions, stay focused on their long-term goals, develop a rational strategy, and follow it.

As a global management school, Thunderbird has long recognized that this approach does not work when managing across borders; cross-national business is, almost by definition, uncertain and cannot be managed by a set of rigid formulae. Understanding the need for my own students to face complexity, my own courses look more like liberal arts classes than traditional business classes, focusing on logic, rhetoric, creativity, leadership and critical thinking.

The same can be said about a time of crisis, such as the one we now face, managers must let go of the notion that there exists some set of rules that can be applied to such situations and instead manage the uncertainty itself.