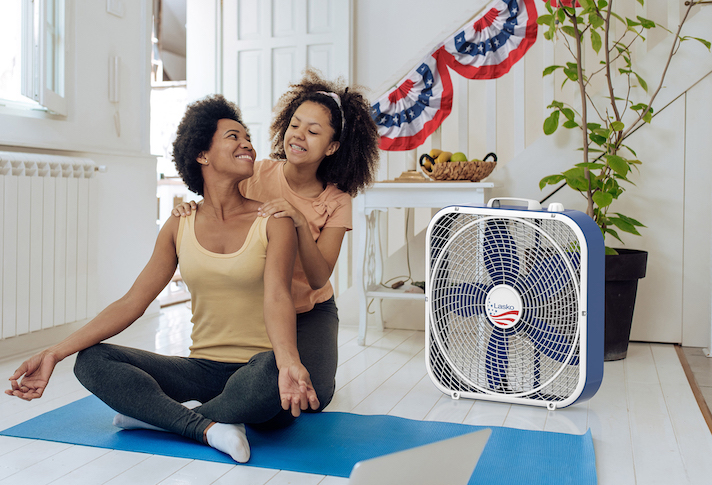 Lasko Products, the West Chester, Pa.-based home environment appliance company, recently released a limited-edition, American-made box fan for Walmart.com in time for Fourth of July promotions and, even more opportunely, as a sweltering heat wave blasted much of the country.

The patriotic marketing angle is natural for a company that for generations has featured the American-made benefits of its portable fans to retailers and consumers. The release and promotion of such a fan this summer also seems fittingly emblematic of what once again is a surging opportunity for made-in-USA housewares.

A U.S. manufacturing renaissance began in earnest about a decade ago as Chinese labor rates began to rise, pressuring margins on long-lead imports. Later-ordering retailers wanting vendors to hold deeper inventory levels further underscored the advantages of domestic manufacturing at that time.

The incentive for domestically produced goods has advanced in the years since as economic and political forces — including punitive tariffs and movements to protect U.S. jobs — converged to stoke a new wave of buy-American attitudes.

And now, with a pandemic-fueled surge in demand pressuring supply chains originating overseas into months-long delays at highly inflated freight prices, the marketplace could find at least part of a solution from U.S.-made goods.

Vendors with some level of domestically produced supply no doubt are attempting to leverage the competitive edge of such capacity as retailers scramble to secure goods for the all-important holiday season.

It is all but impossible for any company to pivot immediately to a new domestic resource in time to serve the second half. Companies that produce finished goods in the U.S. are also caught in a raw material supply squeeze.

However, this could be a time to gain market share for suppliers that have taken steps since the renewed call began about a decade ago to build U.S. manufacturing capacity, to acquire it or to otherwise contract it.

For suppliers that have yet to dip into domestic production, it is another challenging reminder of the value of investing in a diversified supply chain that considers some reshoring possibilities.

Such domestic production development can’t happen overnight. And it would be foolhardy to expect an industry largely reliant on imports to abandon altogether the established and advanced manufacturing infrastructure in China and other lower-cost countries of origin that have emerged in recent years as options for the home and housewares industry, especially non-electrics.

It is no less an opportunity, however, for suppliers to assess domestic manufacturing capabilities and possibilities at a time when pressures are mounting for retailers to deal with stateside producers for competitive reasons that are more logistic than patriotic.

Lasko for generations has spotlighted its on-demand U.S. manufacturing flexibility in a seasonal fan business prone to the sudden whims of Mother Nature. This summer, though, Lasko isn’t just promoting a limited-edition Made-in-USA fan that appeals to a patriotic consumer base at the hottest time of the year. The company is also promoting one possible way to cool a heated supply-chain crisis.