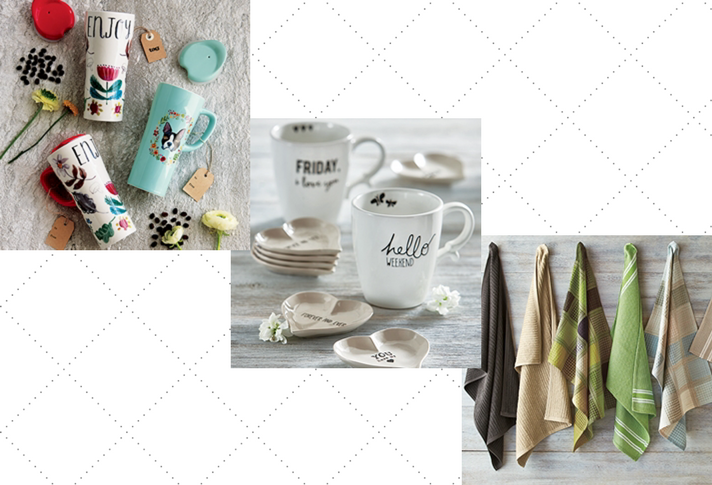 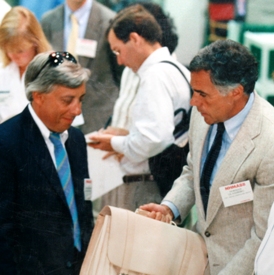 In 1976, a young NYU graduate with a degree in biochemistry met two French women who manufactured candles in Bordeaux.  At the time, Norman Glassberg (pictured on the right) had already hung up his lab coat for good and was searching for a new business opportunity.  Previously he had been one of the partners of a group that included Pottery Barn as a nameplate, and had briefly headed up his own rep firm called Trade Associates Group, Ltd., based in Chicago.

The French women, whose line was called Point a la Ligne, contracted Norman to handle their products in the American market.  Candles would become a core category for the new distribution and design company, which kept the name of the rep firm, but quickly became known simply as “tag.”  Soon Norman added textiles to his assortment and immediately experienced such rapid growth that in less than 10 years he needed more warehouse and office space.  He located a large, three-story commercial building in Chicago’s north side Lincoln Park neighborhood.  Little did he know at the time that the building (seen below), near the intersection of Wrightwood and Clybourn avenues, was an historic structure originally built by a company that helped define the way American cities and towns would look in the first half of the twentieth century, particularly in the Midwest. 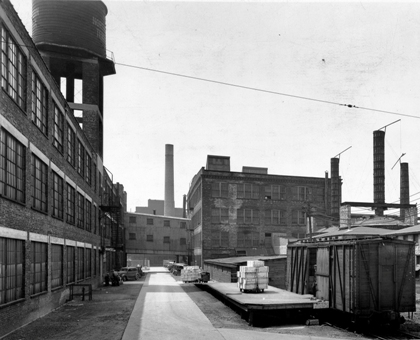 The facility was built to manufacture terra cotta. It housed the Northwestern Terra Cotta Company, founded in Chicago in 1878, which designed and produced the terra cotta outer skins and ornamentation on buildings all over Chicago and the Midwest, including the famous Wrigley Building (seen at right) on Michigan Avenue. The remains of a tunnel kiln are still visible in a first floor storage area.

Since Norman bought the building in 1986, the surrounding neighborhood became more residential and it is now one of the last remaining commercial structures. Tag has added dozens of new product categories and is always open to innovative design, new technologies and new materials, especially renewable materials.

And as the company’s product offerings have grown to include seasonal, holiday, design theme and basics collections, so has its customer base, which now includes thousands of independent retailers from coast to coast and in dozens of countries worldwide.  Growth necessitated yet another warehouse, this one built from scratch in Woodridge, Ill., a western suburb of Chicago, and encompassing 150,000 sq. ft. of warehouse, distribution and office space.  But tag’s headquarters, design studio and showroom remain in the historic terra cotta manufacturing facility. 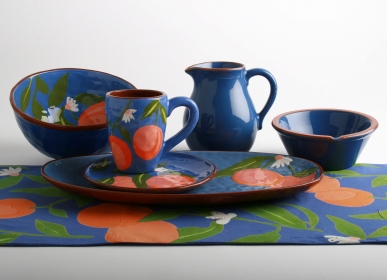 Perhaps it’s most appropriate that a company that has brought design excellence to so many homes across America should carry on the tradition of the first tenant of their building, a company that worked with Daniel Burnham, Louis Sullivan and Frank Lloyd Wright to beautify the exteriors, and often interiors, of their home town.

“I like to think we’re a company that is more that the sum of its parts,” says Norman Glassberg.  “We sell textiles, candles, ceramics, glassware and housewares, but what we’re really about is a look.”

And a beautiful look at that.  We congratulate tag on its 35 years of being a design leader in the housewares industry.

With thanks to tag’s Floyd Sullivan.