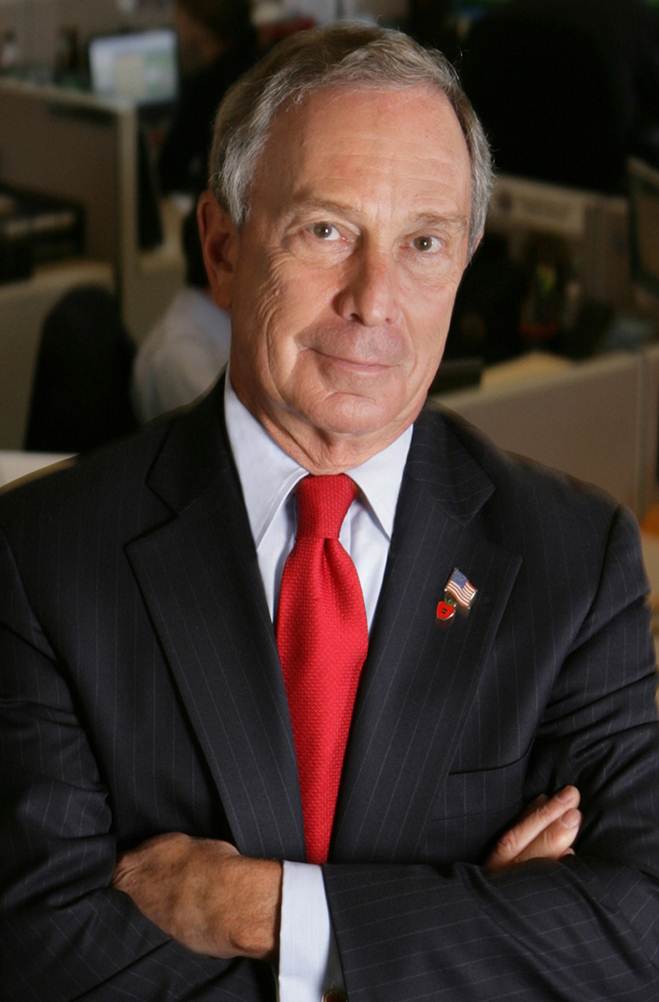 Bloomberg currently serves as the 108th mayor of New York City. First elected in 2002, Bloomberg has brought change and reform to the city. Through hundreds of bold, innovative programs, policies and initiatives, he has made New York City a better, cleaner, safer place to work, live and raise a family. His accomplishments include taking control of the City’s schools and launching dramatic reforms that have resulted in higher test scores, lower dropout rates and better teachers and keeping New York safe by reducing crime.

Mayor Bloomberg is also the founder and owner of Bloomberg LP, the world’s leading financial news and information company. Headquartered in New York City, Bloomberg LP has more than 300,000 subscribers and 13,000 employees in over 185 locations around the world.

Bloomberg began his career in business at an early age. After graduating from Johns Hopkins University with a degree in engineering, Bloomberg went on to receive an MBA from Harvard Business School. In 1966, at the age of 24, he moved to New York City to take a job with Salomon Brothers, an investment bank. He quickly rose through the ranks at Salomon, where he eventually oversaw the trading firm’s information systems. In 1981, when Salomon was acquired by another company, he left the company to start Bloomberg LP.

In addition to Mayor Bloomberg’s presentation, International Housewares Association Chairman Bill Reibl, president of Infusion Living LLC, will briefly outline the Association’s accomplishments in the past year and its objectives for the future. Tickets for the Industry Breakfast are $25 per person or $300 for a table of 10 with priority seating. Tickets can be purchased at http://www.housewares.org/show/info/breakfast.aspx or during the Show at the Show Store, Grand Concourse, Level 2.5.